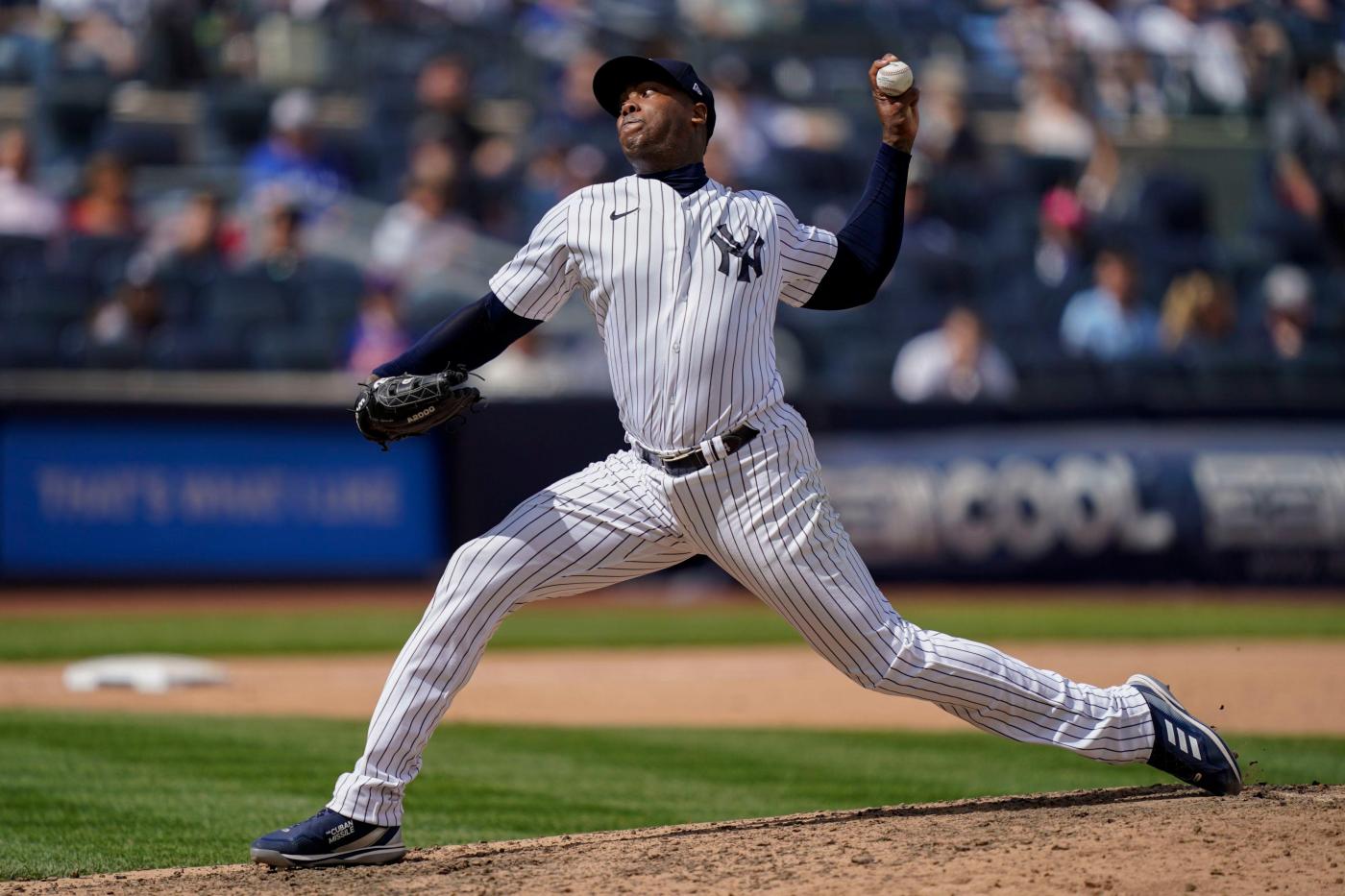 Aroldis Chapman made it interesting, but he saved Wednesday’s 5-3 win over the Blue Jays for his 152nd save with the Yankees, surpassing Goose Gossage for sole possession of third place on the Bombers’ all-time list.

Chapman gave up a leadoff double to Santiago Espinal, who advanced to third on a wild pitch. He walked pinch hitter Vinny Capra. Espinal scored on George Springer’s sacrifice fly to right field, snapping a 13.1-inning scoreless streak and the first run that Chapman has allowed this season.

After Bo Bichette hit a long drive just foul into the seats, Chapman struck him out and then coaxed a harmless pop out from Vladimir Guerrero Jr., to end the game.

“I was encouraged actually, today,” Yankees manager Aaron Boone said. “He falls behind and Espinal got a hit on the slider there 2-1 and then he walked the pinch hitter there. But I liked that he went in and really got after it with his fastball again, and when he did his fastball got better.”

As expected, the Yankees sent right-handed reliever Ron Marinaccio back to Triple-A Scranton after Wednesday’s game. They need the spot on the 26-man roster to activate Luis Gil, who will start Thursday’s game.

How Tom Hanks Played off a ‘You’ve Got Mail’ Mistake

Winderman’s view: This time there is support, plus other Heat-76ers thoughts

Observations and other notes of interest from Tuesday night’s 120-85 NBA playoff victory over the Philadelphia 76ers: – Based on the construction of the Heat roster, this will remain a team in need of complementary contributions. – Even when Jimmy Butler is at his best. – Because there is a sizable dropoff to the Heat’s […]