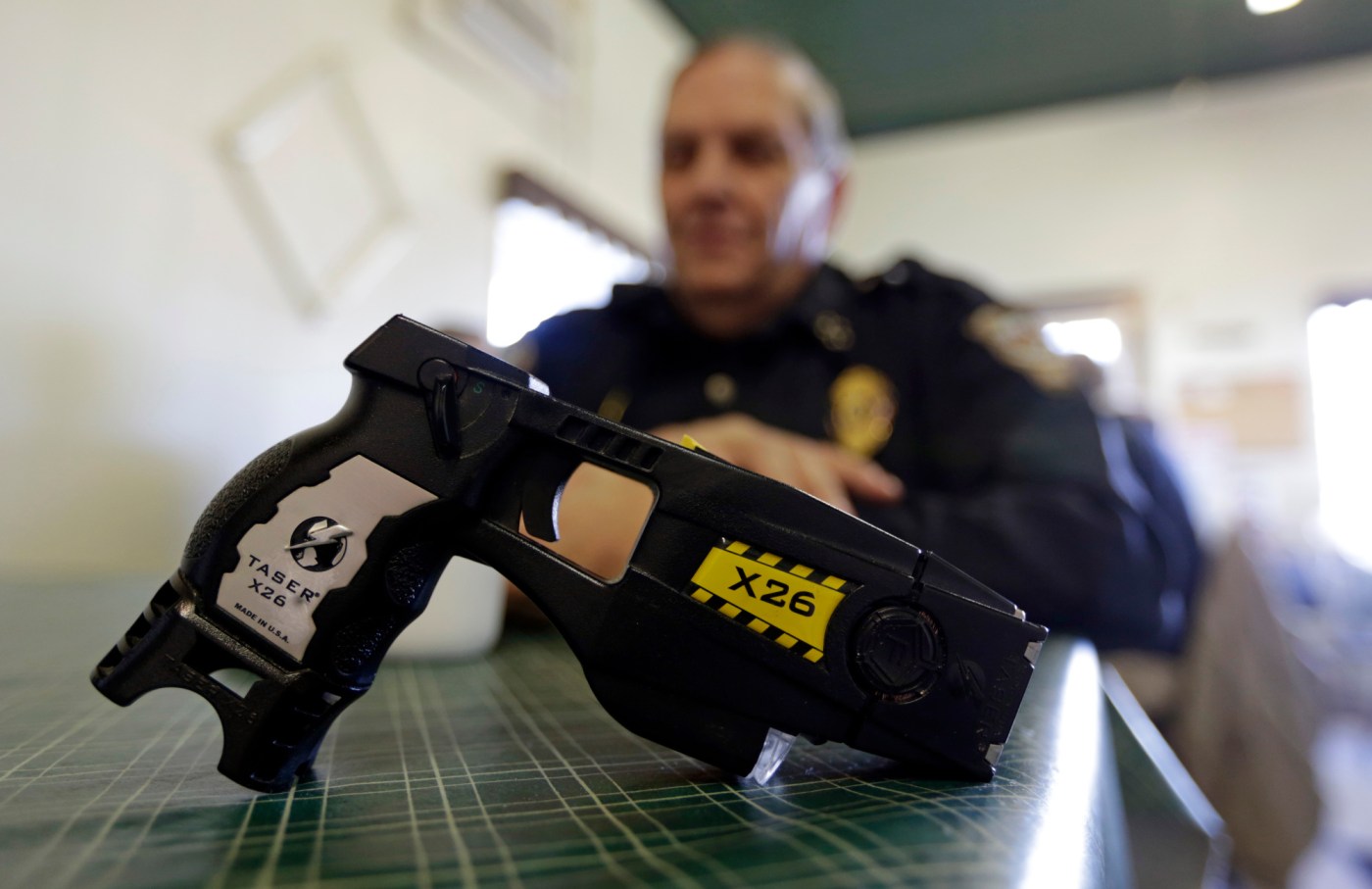 The Antioch City Council has shot down a police request to update its aging Tasers.

Under the proposal, the city would pay $407,118.30 over five years to upgrade its Taser stun guns. Antioch’s current ones have been in use since 2008 and have limited data capabilities compared with newer models, which are cloud-based, according to Lt. Joe Vigil. The new ones also use Bluetooth technology that would automatically connect with the body cameras the department is purchasing, allowing for great transparency.

The contract with Axon Enterprise also would cover all software and updates for the new Taser 7 equipment, he said.

During public comments, however, all eight residents spoke against the purchase.

‘It’s disgusting that you would even consider more funding for law enforcement,” Peyton Seville  wrote in a comment to council. “Use that money for social services like our parks or social work, use that money to improve roads or create affordable housing, there are better options to make better choices.”

“I think that spending this amount of money is great for those benefiting, which should probably be the company (Axiom),” Patricia Granados said. “No, I don’t think that money should go toward the police for these new and improved, high-tech Tasers, especially with the trigger-happy cops we have here in Antioch.”

“We have officers carrying Tasers now, as most agencies do, but as a city we just invested a substantial amount of money to outfit every police officer with a body cam and a dash cam,” he said. “We did that because we’re looking for accountability, and to be very open with the public.

“If we don’t make this move, even though we have the body cams coming, you will put officers out on the street that can utilize their current equipment, but it won’t work with what we just are in the process of purchasing, and therefore, we may lose that open book.”

The upgrade will provide a video of each Taser’s use.

“So if people were concerned that the Taser was being misused, we’re ensuring ourselves the ability to be able to have the video. “In addition to that, Tasers give an option that doesn’t go to lethal force or doesn’t go to using a baton on somebody, and it’s, it’s a lowered rate of force, for lack of a better term. But the biggest thing is the accountability. We just came off a month of looking at police reform and showing accountability to the public. This will help ensure …read more

Street race in San Jose ends with one dead

A street race in San Jose late Friday ended with one man dead, when the two cars both swerved off the road and hit trees, police said. In a statement, San Jose police said a man driving one of the cars died at the scene. The other driver, also a man, emerged without any significant […]

By Jacqueline Howard, CNN (CNN) — It’s an effort to expand access to coronavirus vaccines: provide shots at the barber shop. As part of a White House initiative, the National Association of County and City Health Officials is is planning to help train Black-owned barber shops and hair salons to provide accurate vaccination information and […]

Opinion: The world’s food supply has never been more vulnerable

After a cyberattack crippled the world’s largest meat producer last week, JBS SA meat plants have begun to reopen across the globe. But the meat industry shouldn’t be returning to business as usual — and for the security of our food supply, the Biden administration needs to make sure that it doesn’t. The JBS subversion, […]