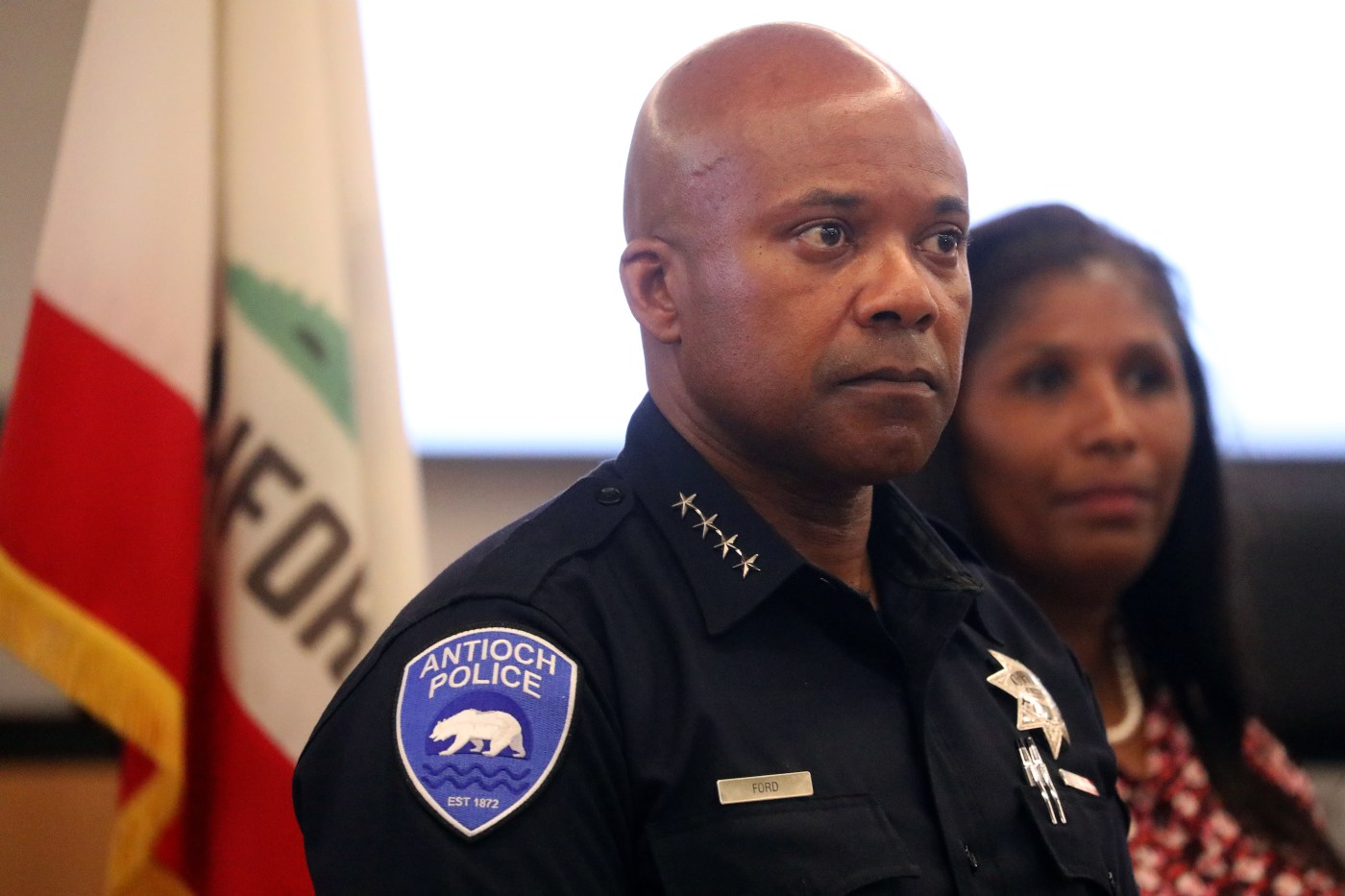 ANTIOCH — Days after this news organization reported that the eight Antioch officers under criminal investigation include a K9 cop whose dog bit 22 people over three years, the city’s police chief announced he is conducting a “top down assessment” of the use of police dogs.

At a City Hall news conference next to two City Councilwoman — including one of the city’s biggest police critics in past years — Chief Steven Ford said he hopes to implement an “early intervention system to better track and monitor” the use of police dogs in Antioch. The FBI and Contra Costa District Attorney are investigating eight Antioch officers and three Pittsburg officers for suspected crimes of moral turpitude, including police violence, illegal drug use, and other potential offenses, and a grand jury has convened to consider an indictment against multiple officers.

“This will allow the organization to identify potential patterns, and more importantly develop corrective measures when necessary,” Ford said.

Ford said he is also exploring options with the city’s IT department to ensure department-issued cellphones are “exclusively used in a business capacity.” Multiple law enforcement sources have told this news organization that federal agents seized more than one officer’s phone during the course of the criminal probe, which was publicly announced last March.

Check back for updates

Joseph Fiennes as Fred Waterford in ‘The Handmaid’s Tale’ Season 4 | Sophie Giraud/Hulu Fred Waterford’s body appears in the season 5 premiere  At the end of The Handmaid’s Tale Season 4, June got revenge on Fred. After learning about the government’s plan to hold Fred’s immunity hearing in Geneva, June made a deal with Commander Joseph […]

Meghan, Duchess of Sussex is seen at Westminster Abbey during The State Funeral of Queen Elizabeth II on September 19, 2022 in London, England. (Photo by Christopher Furlong/Getty Images)  Harry and Meghan have faced several incidents over the past 10 days that have either been interpreted as snubs or as the expected consequence of their […]