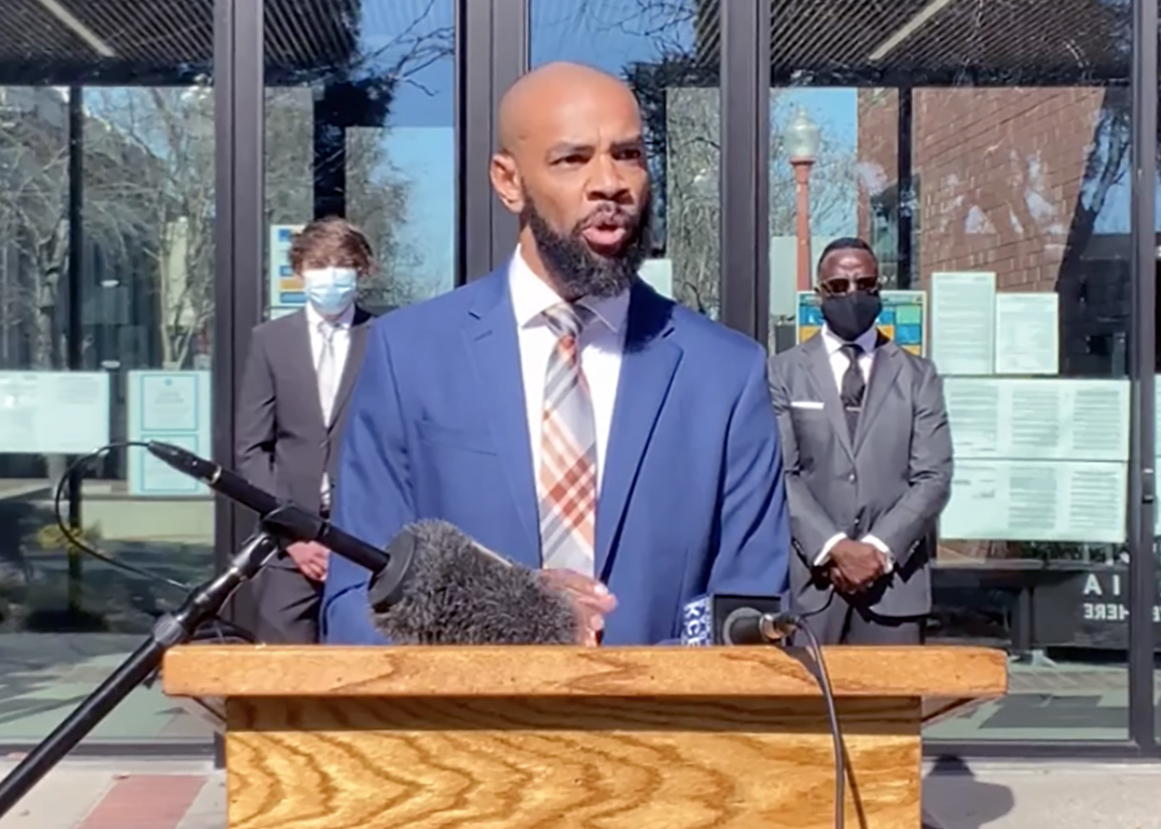 Mental health will be the focal point for police reform, along with increased police transparency and community involvement, in a proposal Antioch Mayor Lamar Thorpe unveiled on Monday.

Thorpe, who campaigned on police reform, outlined his proposed measures, which also included the establishment of an independent oversight commission to review police complaints, adding police body and dashboard cameras, and improving training and hiring practices and more, during the morning news conference at City Hall.

“This is a conversation that started post George Floyd, and frankly since the murder of George Floyd, there is a national and global awakening that has made the streets of our nation the epicenter of expression, frustration and hope, including right here in Antioch,” the mayor said.

Thorpe blamed “political rhetoric” that has divided the city in the past year, which included misinformation continually promulgated on social media, for keeping reform from moving forward.

“Quite frankly, if our police department is going to do the same thing 10, 20 years from now, we have all failed as a city because we did not evolve with the times, including our changing demographic,” he said.

Thorpe said he decided to announced his series of proposals, which he said are based on common-sense solutions, as a “major first step” in rebuilding the police department “that every segment of our community can trust” while providing the department with the necessary tools to do its job.

The focal point, he said, will be on mental health but not just limited to how law enforcement responds but with annually monitoring of the mental health  of police and dispatch officers.

Vice Mayor Monica Wilson, who has worked with Thorpe on the proposal, said they seek to add a mobile mental health response team to respond to calls when needed.

“We as a society have placed an enormous burden on police services to solve crises deriving from mental health, substance abuse and homelessness,” she said. “Fifty years of failed mental health policy has placed law enforcement on the front lines of mental illness crisis response and has turned jails and prisons into the new asylums.”

Wilson noted that cities across the country are launching first response programs to meet mental health and homelessness-related 911 calls “with the right response at the right time.”

“Given the prevalence of mental health and police shootings, reducing encounters between on-duty law enforcement and individuals with the most severe psychiatric disease may represent the single most immediate practical strategy for reducing fatal police shootings,” she said.

“As our community demands racial justice, it’s clear that a new first responder system that sends help instead of handcuffs is needed and desired,” she said.

Thorpe also outlined additional measures, including independent reviews of public complaints of on-duty police officers. He suggested moving those to an independent body or a police accountability department, to investigate and resolve all resident complaints against officers within 120 days.

Los Gatos community briefs for the week of March 5

Blood drive The American Red Cross is holding a March 5 blood drive in Los Gatos as part of an effort to make up for drives that were cancelled in about 30 states due to severe winter storms. The cancellations meant that more than 15,000 blood and platelet donations went uncollected. The Red Cross is […]

As part of Foothill college’s Black History Month celebration, the theater arts department is presenting staged livestreamed readings of the acclaimed Lynn Nottage play “Intimate Apparel.” The play tells of the betrayal of Esther (Nique Eagen), a young Black seamstress in 1905 who is well-known in New York City for her sewing skills. Over the […]

By Maeve Reston | CNN Leaders of the campaign to recall California Gov. Gavin Newsom have now gathered more than a million signatures, according to a new report from the California secretary of state’s office that suggests the effort is still on track as they inch toward a March deadline to qualify for the ballot. […]