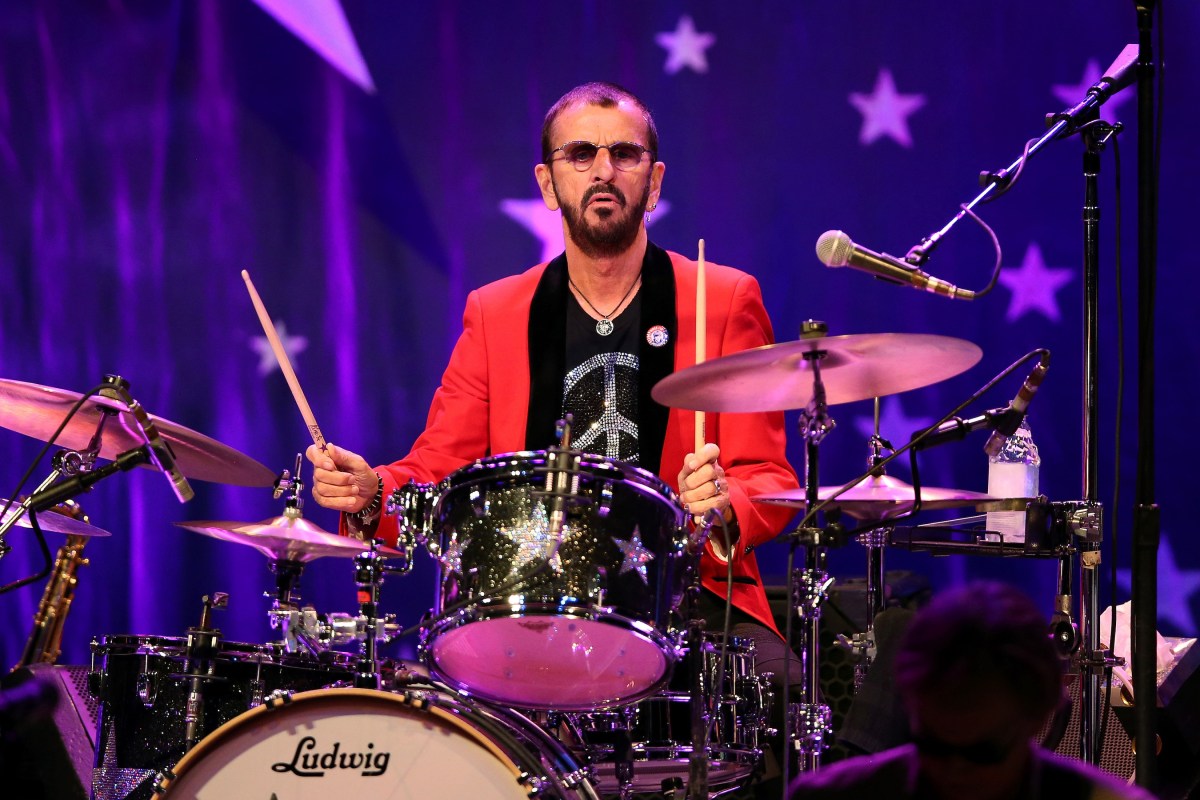 Even before switching to the Beatles, John Lennon, Paul McCartney, and George Harrison created

Ringo Starr filled in for several Beatles gigs before officially joining the band. He was working full-time with Rory Storm and the Hurricanes — although it was an easy decision to quit and join The Beatles. Here’s what we learned from Cynthia Lennon’s memoir, John.

Pete Best appeared as the first drummer for the Beatles

Even before switching to the Beatles, John Lennon, Paul McCartney, and George Harrison created music as the Quarrymen. They eventually switched their name to the Beatles, with Pete Best on drums. Together, the musicians appeared in smaller gigs across England and Germany.

Shortly after Brian Epstein came on board as the Beatles’ manager Best was fired as the group’s drummer. As a result, Ringo Starr was asked to join as the band’s drummer. He said yes and the rest is history.

Before he was a member of the Beatles, Ringo Starr appeared in another UK-based band. John Lennon’s then-girlfriend, Cynthia, described the drummer’s decision to work with the Beatles in her 2005 memoir John.

“Ringo Starr was the drummer with Rory Storm and the Hurricanes and they’d got to know him in Hamburg,” Cynthia Lennon wrote. “Six months earlier, Ringo had sat in with the Beatles for a couple of gigs when Pete had been ill and they’d got on brilliantly with him.”

“When they heard he’d left Rory’s band, they decided to offer him a job,” she continued. “Another band offered him a job at the same time, but the Beatles were paying more and had a record contract, so Ringo said yes to them and that was it.”

Switching to the Beatles was easy for Ringo Starr, especially with the guidance of Epstein, who was working on getting the band into bigger venues.

“I’d rather starve with a better band, and I felt the Beatles were a better band,” Ringo Starr said during an interview with Modern Drummer. “And by then we weren’t actually starving. We were making…not great money, but enough to live on.”

“And the Beatles were making a bit more—they were coming up real fast,” he continued. “But I loved the band so much. And I thought I had done everything our band could do at the time. We were just repeating ourselves. So it was time to move on. And I liked the boys as well as the music.”

Of course, the Beatles became one of the world’s biggest rock bands. Ringo Starr appeared on songs like “Hey Jude,” “Twist and Shout,” and “Come Together.”

Did Ringo Starr write music for the Beatles?

The drummer even wrote original songs for the Beatles, credited on Abbey Road’s “Octopus’s Garden.” Even after the Beatles officially split in 1970, Ringo Starr continued to write original music, including “It Don’t Come Easy,” “Photograph,” and “Goodnight Vienna.”

Ravens QB Lamar Jackson misses practice with ‘an issue from the game’ but will play vs. Jaguars, coach John Harbaugh says

Three days after returning from illness to start in Sunday’s win over the Carolina Panthers, Ravens quarterback Lamar Jackson missed practice Wednesday with what coach John Harbaugh said was “an issue from the game.” Harbaugh indicated Jackson will play Sunday against the Jacksonville Jaguars but declined to go into specifics. “Just wanted to hold him […]