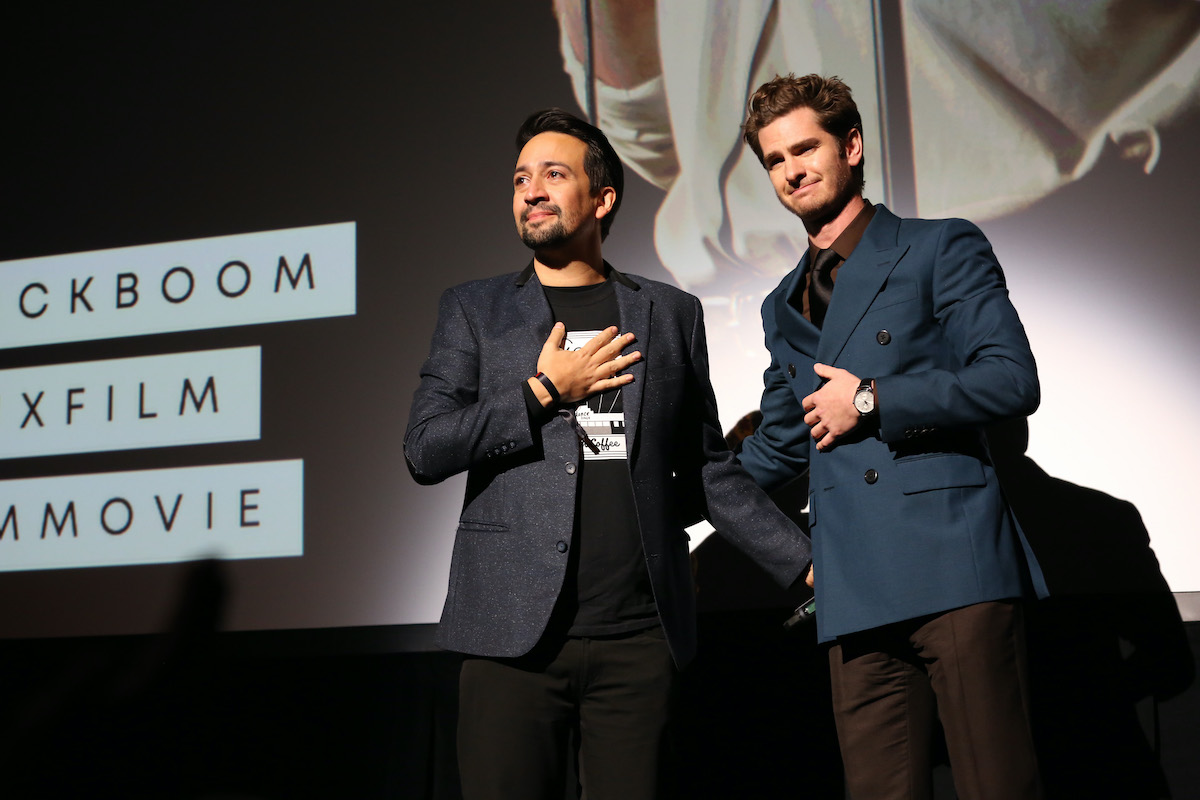 Before Tick, Tick… Boom!, Andrew Garfield had never starred in a musical. Now the actor has received widespread acclaim and his first Golden Globe for Hamilton creator Lin-Manuel Miranda’s feature directorial debut. However, for all the praise he’s received for the movie, Garfield reveals the “most beautiful” aspect of making Tick, Tick… Boom! is something far more personal.

While Miranda is behind the camera, Tick, Tick… Boom! isn’t based on one of his own musicals. Rather, the film draws inspiration from the stage musical of the same name by Jonathan Larson. The story is a semiautobiographical account of Larson’s own struggles to create a hit musical.

Of course, Larson did ultimately land a smash hit with Rent. But he died the day of the show’s first Off-Broadway preview performance. Larson later won many posthumous awards for the ground-breaking musical, including three Tony Awards and the Pulitzer Prize for Drama.

In fact, Garfield considers shining a light on Larson’s work to be the best part of making Tick, Tick… Boom! In particular, he told Variety how much the feedback about the film has meant.

“It’s been all-encompassing. The most beautiful thing has been members of his family and his friends feeling like they’ve been given Jon back for a period of time. Through his music and what the film does, people who never had a relationship to his work have reached out because their lives have been reinvigorated by him. Because his story is theirs, too. You see him making these ripples in others reaffirming or recommitting to their own dreams.

I got a message today from a friend of a friend who watched it on an airplane. He wrote the most beautiful note just saying, ‘I needed this, and I didn’t know that I needed this film in this moment.’ It’s also just this reminder for people about the sacredness and the shortness of life, and how what we do matters, whether we know it in the moment or not. Jonathan didn’t know. He didn’t get to see the effect his work was going to have. But what he did matters, and we’re still reaping the joy of it now.”

As Garfield previously shared, he saw making Tick, Tick… Boom! as a way too to honor his own mother. Her death and memory informed his performance as Larson, giving even more weight to the message of the movie.

All the effort Garfield put into his performance as Larson is certainly paying off. Thanks to Tick, Tick… Boom!, the actor is getting some of the best reviews of his entire career. He’s already won his first Golden Globe and landed a Screen Actors …read more

EPA to crack down on dangerous coal ash storage ponds

6 grocery items that experts say will get more expensive

The pandemic might have stopped us from traveling or hanging out in large groups, but we still have to eat. And thanks to the coronavirus, that could be getting more expensive. According to the health and wellness site Eat This, Not That, supply chain issues, labor shortages and overall high demand across the country have […]

William Zabka as Johnny Lawrence in ‘Cobra Kai’ | Curtis Bonds Baker/Netflix ‘Cobra Kai’ introduces Lia as a catalyst for the feud between Kenny and Anthony Milena Rivero might not appear as Lia in too many episodes of Cobra Kai Season 4, but the character is crucial to the story. When a new student named […]