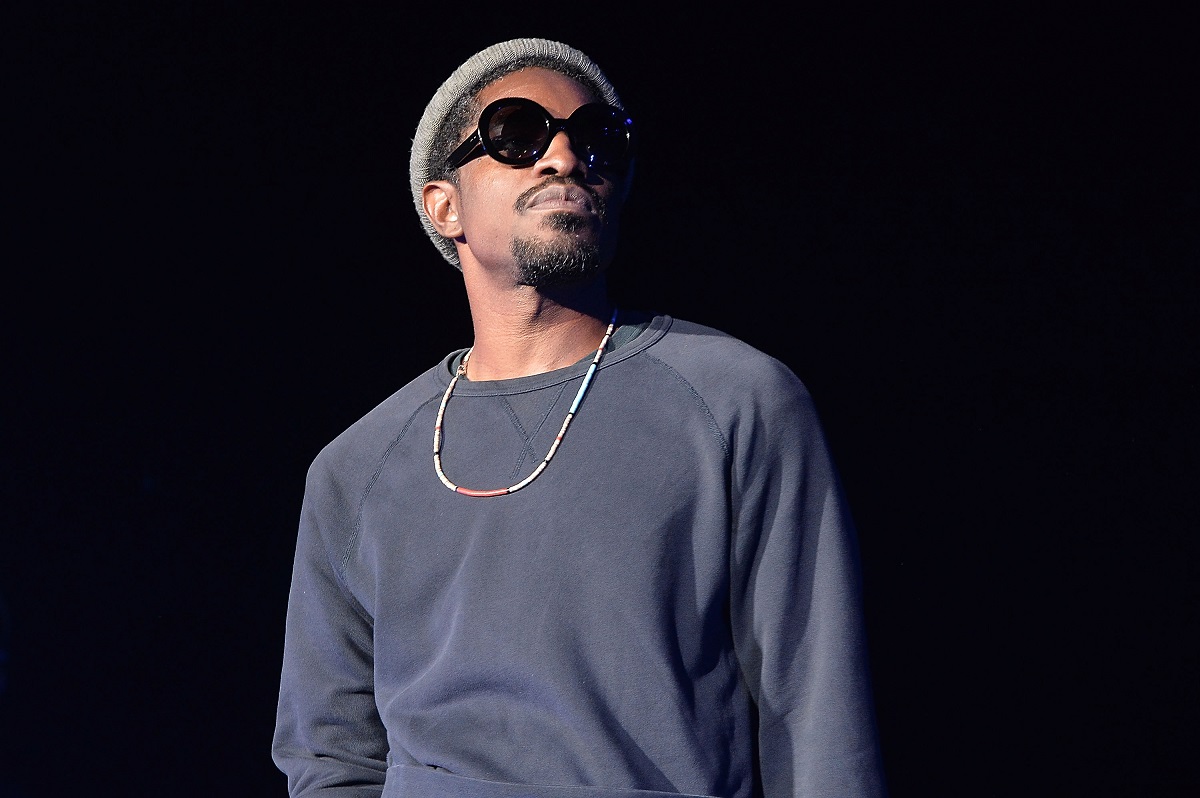 Rapper and actor Andre 3000 had the opportunity to star in the hit film Dreamgirls. But he turned down the chance to join in the acclaimed feature to avoid being typecast.

Why Andre 3000 decided to pursue acting

As most know, artist Andre 3000 carved out a career for himself starring in the hip-hop group OutKast. But while experiencing massive success in the rap group, which included Grammy wins and multi-platinum records, Andre would try his hand at acting. One of the reasons Andre decided to act was because of the challenge.

“The challenge to play a normal human being, being that I’m an entertainer. People put you on this star type of pedestal and you need to actually break yourself down. To be a normal human being is kind of therapy. I dig it,” he once said in an interview with IGN.

Andre would go on to build a noticeable film career for himself as well. He starred in films like Be Cool, Four Brothers, and Charlotte’s Web.

Andre 3000 once turned down a role in ‘Dreamgirls’

Dreamgirls was the 2006 critically acclaimed musical drama starring an ensemble cast of singers and actors. To round out the movie’s roster, stars like Jamie Foxx, Eddie Murphy, Beyoncé and Jennifer Hudson were recruited for the feature. Directed by Bill Condon, the movie would also end up giving Hudson her first Oscar win.

Andre 3000 would also have the opportunity to star in the acclaimed film. But before he was offered Dreamgirls, he was the main lead in a very similar project. Idlewild followed a gifted musician played by Andre struggling to make it in the record business. Directed by Barry Barber, the movie also featured a noticeable cast. Terrence Howard, Paula Patton, and his own OutKast partner Big Boi would all feature in the project.

Although Andre was initially interested in being a part of Dreamgirls, he found the movie too similar to Idlewood for his tastes.

“Someone just sent me the script for Dreamgirls, with Beyoncé, but I can’t do it,” he once said according to Contact Music. “The director wanted to meet, and I’d really love to work with this director, but I just finished a musical, and it was a period piece. I don’t want to get typecast.”

Why Andre 3000 stopped focusing on music

Andre 3000 stopped putting emphasis on his music career in his older years. This was by design, as the Elsewhere actor was missing the creative inspiration to return to the art form.

“I haven’t been making much music, man,” he once said on the Rick Rubin’s Broken Record podcast(via Complex). “My focus is not there. My confidence is not there. I tinker a lot. I’ll just go to a piano and I’ll set my iPhone down and just record what I’m doing, moving my fingers and whatever happens, but I haven’t been motivated to do a serious project.”

CELEBRITIES BORN ON THIS DAY: Cole Sprouse, 30; Dylan Sprouse, 30; Meghan Markle, 41; Barack Obama, 61. Meghan Markle (AP Photo/Seth Wenig, File)  Happy Birthday: Take on more. Be diverse and receptive to new concepts and ideas. Learn all you can to help bring about positive change. Consider what makes you happy and incorporate what […]

Health and Human Services Secretary Xavier Becerra declared the monkeypox outbreak a public health emergency on Thursday as cases continued to spread rapidly across the country including in California at a faster rate than earlier outbreaks of the disease. “We are prepared to take our response to the next level,” Becerra said. A Public Health […]

Exactly 40,065 showed up for an Oakland home game, a sentence that seemingly hasn’t been written since the 1980s, the long-gone decade the team celebrates with iconography around every crevice of the green and grey fortress. In a season where sub-10,000 attendance days have been the norm, seeing the Coliseum teem with fans from both […]