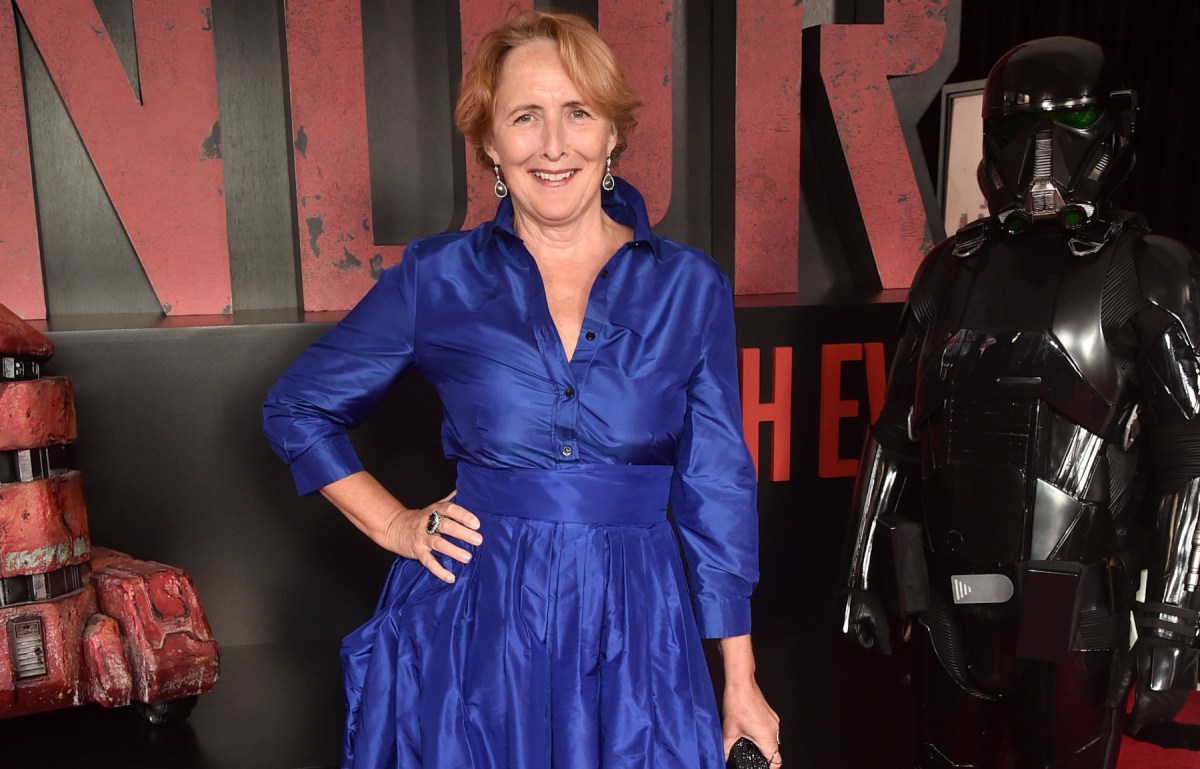 Andor is taking Star Wars fans into Cassian Andor’s (Diego Luna) past, showing how he ended up in the Rebel Alliance — and going further back to his childhood. Andor Episode 3 explains how Cassian went from living on Kenari as a child to residing on Ferrix — a situation that has to do with Maarva. Maarva is portrayed by actor Fiona Shaw in Andor, and the character is essentially Cassian’s adopted mother. Viewers might recognize the actor who plays Maarva from the Harry Potter movies, as well as a beloved BBC series.

[Warning: Spoilers ahead for Andor Episodes 1-3.]

Andor‘s three-episode premiere on Disney+ is unpacking Cassian Andor’s backstory in two ways: by showing fans how he joined the Rebel Alliance and by digging deeper into his history. The latter involves showing us how he grew up on Kenari — and what took him off of his home planet (or rather, who).

Episode 3’s flashback scenes see a young Cassian exploring an Imperial ship, one that crashes on Kenari in the previous episode. The crash leaves numerous Imperial soldiers dead. And the one who survives meets his end at the hands of Cassian’s clan after killing their leader.

As Cassian explores the ship, he runs into two smugglers looking for parts: Maarva and her husband, Clem (Gary Beadle). Upon finding Cassian, Maarva decides that they can’t leave him on Kenari. She suspects the Empire will destroy the place once they find the wreckage of their ship. As such, she drugs Cassian and brings him to Ferrix — a questionable choice, if well-intended.

In the future, Cassian lives with Maarva on Ferrix, and it’s clear the two have developed a strong bond. Maarva covers for her adopted son when the Pre-Mor Authority comes knocking. And viewers may recognize the actor who brings Maarva to life in Andor.

After all, Star Wars isn’t the only major franchise she’s appeared in.

RELATED: ‘Andor’: Where Does the Show Fall on the ‘Star Wars’ Timeline?

Those thinking they’ve seen Maarva actor Fiona Shaw prior to Andor are probably correct; Shaw’s acting career goes all the way back to 1983, and she’s appeared in a number of well-known projects over the years.

One of the most recognizable roles Shaw has held is Aunt Petunia in the Harry Potter movies. That’s right, Shaw played the woman who serves as a guardian to Harry (Daniel Radcliffe) — though her Andor character makes for a far more compassionate parent.

In addition to her Harry Potter role, Shaw also played Carolyn Martens in BBC’s Killing Eve. The beloved series came to an end this April, and Shaw saw it through to the finale.

Stevie Nicks Says if You’re Missing These 3 Things in Life, You ‘Better Have a Dog’

Stevie Nicks in 2015 | Walter McBride/WireImage In her chat with InStyle, Nicks recalled how she looked for a new dog after Sulamith’s death. And she noted that she fell in love as soon as she saw Lily’s picture online.  “She looked so cute, like a little tree fairy,” the rock legend recalled. “I immediately […]

TasteFood: Get your jam on with this sheet pan dinner

Sheet pan dinners are hardly a new trend, but the method is consistently revelatory. It’s impossible not to marvel at its simplicity and ability to deliver a one-dish, er, -pan dinner packed with flavor. This chicken dish is easy and extremely flexible in that you can make it all at once or marinate the chicken […]

‘The Amazing Race’: Phil Keoghan on Why the Competition Series Has Lasted 34 Seasons (Exclusive)

In a world where the market is oversaturated with new reality series in nearly every genre almost monthly, The Amazing Race is coming up on its 34th season. The longstanding CBS reality competition series is an adventure where 11 or 12 teams of two race around the world. Health and fitness enthusiast Phil Keoghan has […]