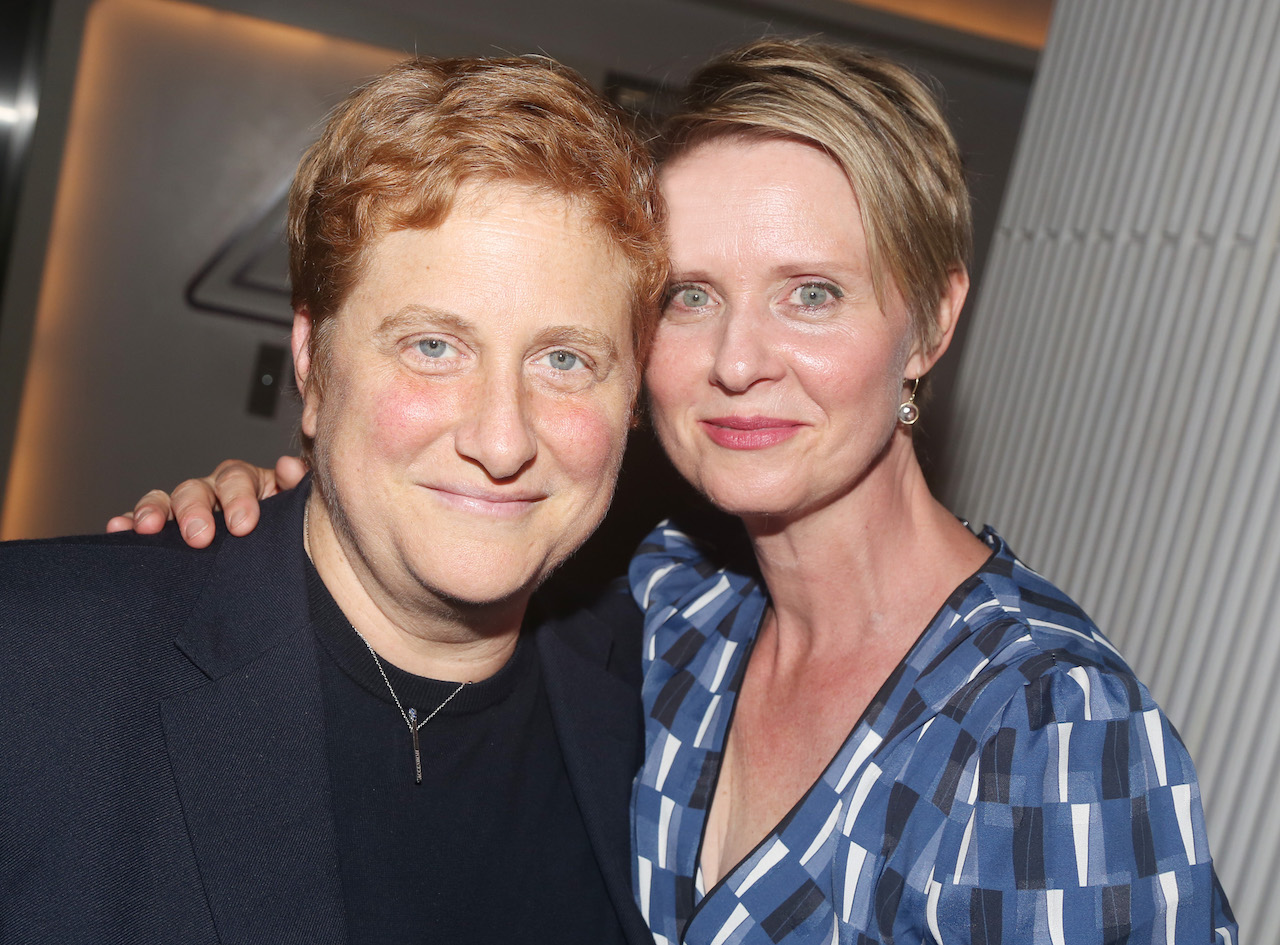 RELATED: ‘And Just Like That…’ Fans Won’t Reconnect With Carrie Bradshaw for Season 2 This Winter

Some fans hated the Che and Miranda’s sex scene. But Nixon explained why it felt so real to her wife in

One of the most shocking scenes in And Just Like That… was a sex scene. Fans strongly reacted to Miranda Hobbes (Cynthia Nixon) and Che Diaz’s (Sara Ramirez) first time being intimate. But this is why Nixon’s wife, Christine Marinoni said the scene is real.

RELATED: ‘And Just Like That …’ Cynthia Nixon Understands Fans Are Upset About Steve’s Treatment, but ‘That’s The Thing About Breakups’

It didn’t take long for Miranda and Che to connect after meeting in And Just Like That… The lawyer was mesmerized by the comedian’s performance on stage.

Later in the season, Carrie Bradshaw (Sarah Jessica Parker) is bedridden after a hip surgery. Miranda comes over to help her, and Che stops by. Miranda and Che hang out in the kitchen while Carrie sleeps. They do shots, smoke, and then hook up.

Carrie wakes up from hearing them. She struggles to get to the bathroom to pee but doesn’t make it. The writer pees into an empty bottle instead.

RELATED: ‘And Just Like That…’ Fans Won’t Reconnect With Carrie Bradshaw for Season 2 This Winter

Some fans hated the Che and Miranda’s sex scene. But Nixon explained why it felt so real to her wife in Variety.

“We had an intimacy coordinator and we tried to do it different ways,” she continued. “Miranda, in the next episode, keeps having fantasies. And so we were going to shoot it at the same time, but make it look different, because things look different when we remember them than when they’re actually happening.”

The actor went on to say viewers feel the “sexual jolt” and “emotional breakdown” afterward. She likened it to the character coming out of a “long winter.”

There will be more Miranda and Che in season 2

My friends and I face when he…. Best caption gets pinned! pic.twitter.com/36tNqX7KzQ

And Just Like That… will return for a second season. The first one ended with Miranda deciding to take a break from grad school to follow Che to Los Angeles. We’re going to see the next chapter for the couple.

“One of my burning passions about season 2 is Che,” showrunner Michael Patrick King told Variety. “I want to show the dimension of Che that people didn’t see, for whatever reason, because they were blinded, out …read more

‘Hang them all’: Online threats against committee accelerate

By Donie O’Sullivan and Whitney Wild | CNN Calls for violence against members of the January 6th committee are circulating on some of the same online platforms that helped fuel the lies that led to the insurrection, a new analysis has found. Users on these platforms are openly calling for the execution of committee members, […]

By Chris Isidore | CNN Business One of Elon Musk’s children has petitioned a California court to recognize her new name and gender, saying she no longer wishes to be related to her famous and wealthy father “in any way, shape or form.” The petition was filed by Xavier Alexander Musk, who turned 18 earlier […]

Editor’s note: This story is part of the annual Mosaic Journalism Workshop for Bay Area high school students, a two-week intensive course in journalism. Students in the program report and photograph stories under the guidance of professional journalists. The COVID-19 pandemic impacted many aspects of everyday life, including schooling, working and housing. Arts and culture […]