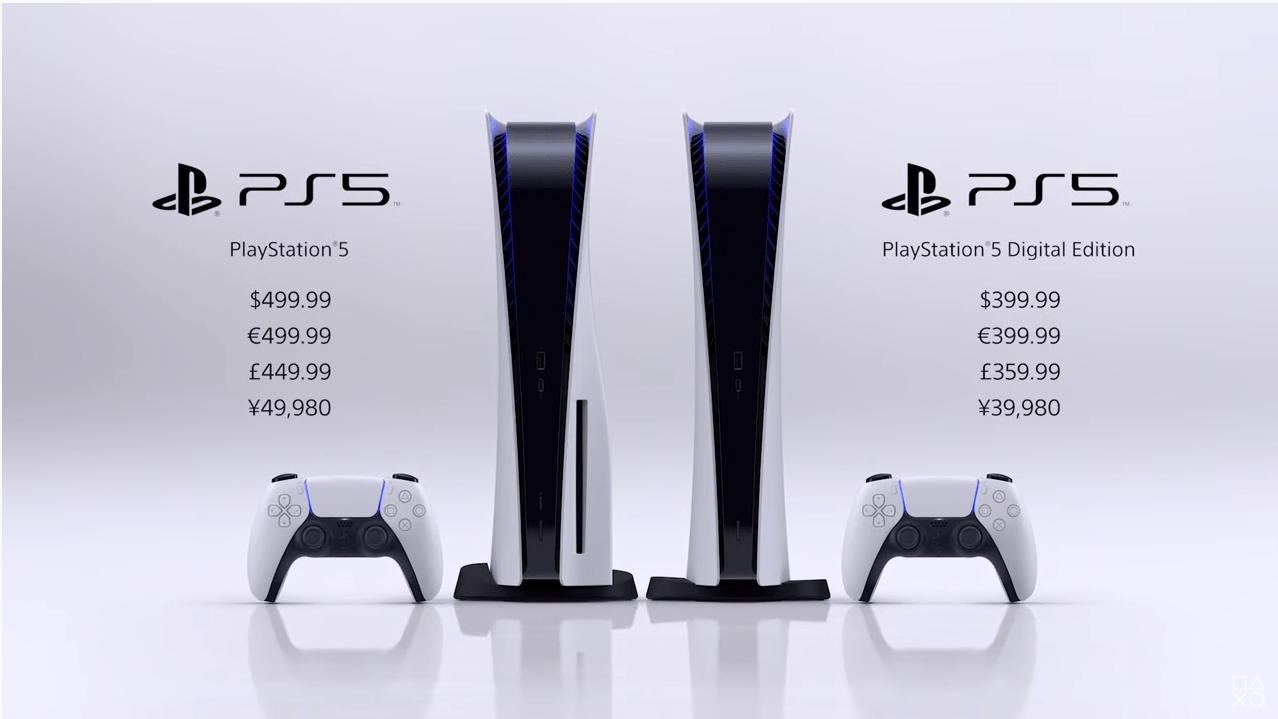 The biggest loser this holiday season will be my wallet.

Sony finally released its pricing for the PlayStation 5. The regular version with a Ultra HD Blu-ray drive will cost $499 and the digital version without one will weigh in at $399. They will be released in the U.S., Japan, Canada, Mexico, Australia, New Zealand and South Korea on Nov. 12. It will go out worldwide NOv. 19. That news comes a week after Microsoft unveiled its pricing plan for Xbox Series S and Xbox Series X. The budget-friendly Series S, which isn’t as powerful as its big brother, is priced at $299 and the high-end Xbox Series X will cost $499. Both of Microsoft’s consoles come out Nov. 10.

A LEVEL PLAYING FIELD
That puts Microsoft and Sony on equal footing this holiday season when it comes to the high-end consoles. The systems appear comparable in terms of power and features. They both will have ray tracing, which is the most obvious selling point between the upcoming generation of games and the previous one. Ray tracing enables developers to recreate accurate lighting. It’s one of those techniques that enables Pixar movies to look a step above what video games currently output. For the casual gamer, the graphics will pop more with fire accurately reflecting off water and the light bouncing off glass. The more subtle changes will come through game design as super fast SSDs will make transitioning from action scenes to cut scenes more seamless. That could be seen in the “Spider-Man: Miles Morales” trailer at the PlayStation 5 Showcase. It’s remarkable.

The biggest separation from the two consoles will be content. Sony already has established franchises and heralded studios, and the company put them to work showing off what the PlayStation 5 can do at its showcase. Sony brought out the big guns with the reveal of Square Enix’s “Final Fantasy XVI” and Sony’s “God of War Ragnarok.” Microsoft is no slouch with the “Halo Infinite” reveal but more importantly a buying-spree of studios that include Obsidian Entertainment, inXile Entertainment, Ninja Theory and Double Fine shores up its roster of first-party developers. What separates the two at this moment is that Sony’s teams have had more experience working under the company and the demos they’ve shown have been more impressive. Microsoft’s recent acquisition haven’t shown much in terms of gameplay but they do have a strong track record, especially with Obsidian. That’s a top-tier studio on par with Bethesda or BioWare.

THE AFFORDABLE END
On the more affordable end, Microsoft beats Sony in terms of price with its $299 Xbox Series S compared to the digital version of the PS5 at $399. The big caveat is that the Series S isn’t as powerful as the Xbox Series X or the PlayStation 5 digital, which has the same specs as the regular one minus the optical drive. All of this means is that the PlayStation 5 Digital Version could be the best value overall, and the one consumers …read more

Diana Rigg, star of ‘The Avengers’ and ‘Game of Thrones,’ dies at 82

By Carmel Dagan | Variety Diana Rigg, the Tony and Emmy winner who splashed into the world of television with her commanding turn as intelligence agent Emma Peel on “The Avengers” in the 1960s and played Lady Olenna Tyrell on “Game of Thrones” decades later, died Thursday at her home in England. She was 82. […]

Bay Area Sports TV: What to watch on Monday-Tuesday

By STEPHEN GROVES Associated Press SIOUX FALLS, S.D. (AP) — South Dakota Attorney General Jason Ravnsborg said in a statement late Monday that he realized he had struck and killed a pedestrian on a rural stretch of highway only after returning to the scene the next day and finding the body. Jason Ravnsborg in 2014. […]