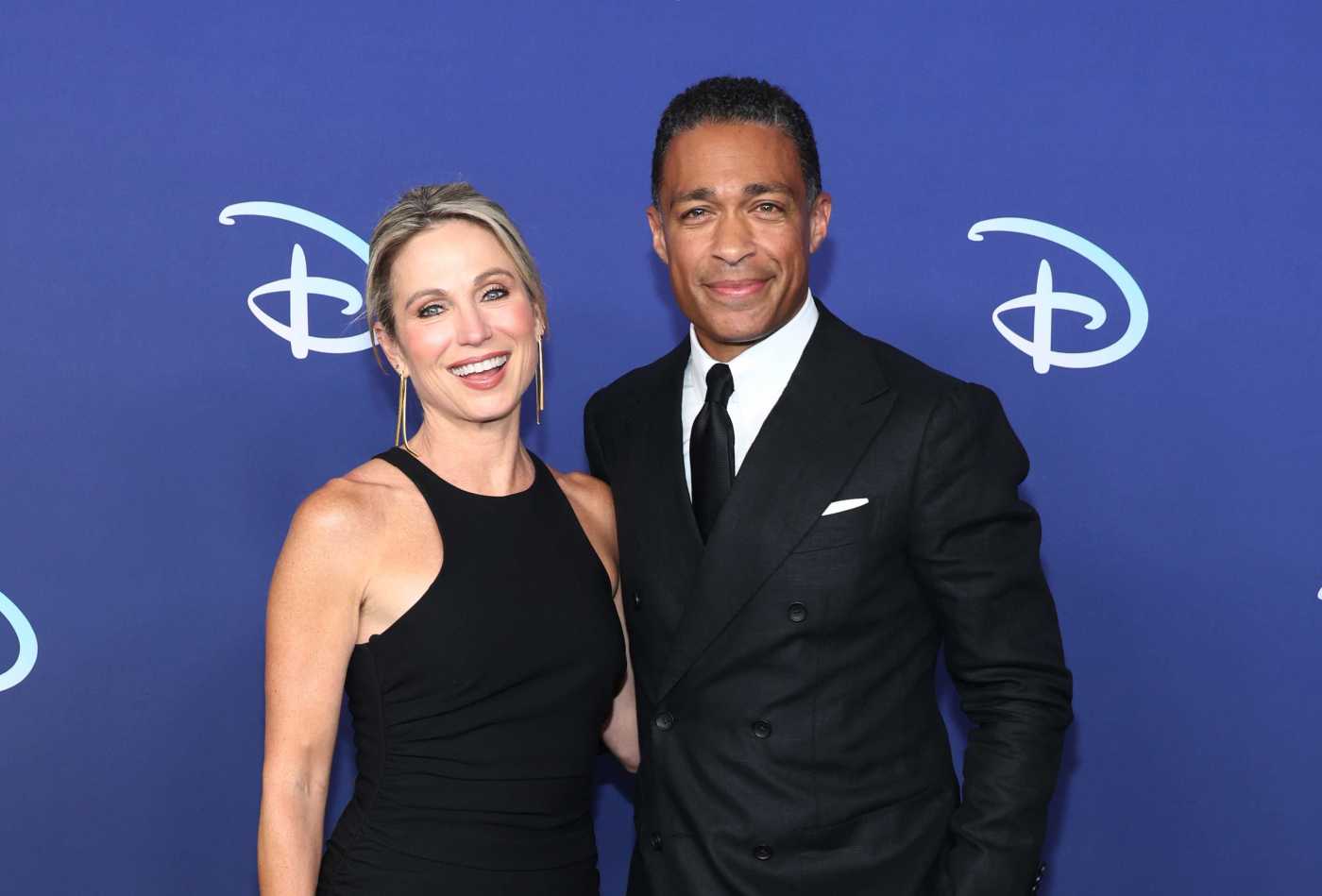 Amy Robach launched an affair with her married “GMA3” co-host T.J. Holmes while both were still married to other people — yet she reportedly feels shocked by recent reports he had extramarital affairs with other women before hooking up with her.

The Sun, citing an exclusive source, reported Monday that Robach, 49, “was blindsided by the volume” of Holmes’s  past extramarital affairs and feels like she is “collateral damage” in the scandal sparked by their romance.

The Daily Mail reported last week that Holmes, 45, allegedly had an affair with a 24-year-old intern, 13 years his junior, in 2015 that left the young woman feeling “uncomfortable and used.” The Daily Mail and other publications also have reported that Holmes had at least one other affair with an ABC colleague — a married ABC producer.

In addition to Robach having “no idea” of the scope of Holmes’s alleged past romances with other ABC colleagues — while he was married to attorney Marilyn Fiebig — the day-time anchor “did not foresee that their relationship was going to cause major upheaval — outside of her own marriage,” the source told The Sun.

“She did not expect this to blow up into a scandal,” the source said.

Indeed, Robach’s secret romance with Holmes, first revealed in the Daily Mail in November, has blown up into a major scandal that has brought about the end of her 12-year marriage to actor Andrew Schue and Holmes’s marriage to Fiebig. Holmes and Fiebig share a 10-year-old daughter.

It’s also led to career upheaval. The “GMA3” co-hosts were pulled off the show, as reports say that ABC has been in contact with their lawyers to negotiate the terms of their exit from the network.

Both The Sun and US weekly reported last week that Holmes and Robach won’t be returning to “GMA3.”

“Amy and T.J are out, a decision has been made,” an insider told Us Weekly. “The network is negotiating with them on their exit deals and an announcement.” The Sun said that both have hired lawyers to help them work out these deals.

“ABC is going to pay a lot of money to make everyone happy and go away very, very quietly,” a network insider told The Sun. That means that Holmes, Robach and anyone else involved will be expected to sign non-disclosure agreements “to make sure there are no nuclear explosions in the aftermath.”

What does Amy Robach mean by ‘It’s over now?’ Her romance with T.J. Holmes?

While Hulu’s ‘The Great’ Is Fictional, the Wheat Pregnancy Test Was a Real Thing

Star of Hulu’s The Great, Elle Fanning | Phillip Faraone/Getty Images Related Hulu released its historical drama, The Great, in the spring of 2020 to the cheers of fans. The Great enters the world of 18th-century Russia with all the turmoil that came with it. While there is quite a bit of literary license taken, […]