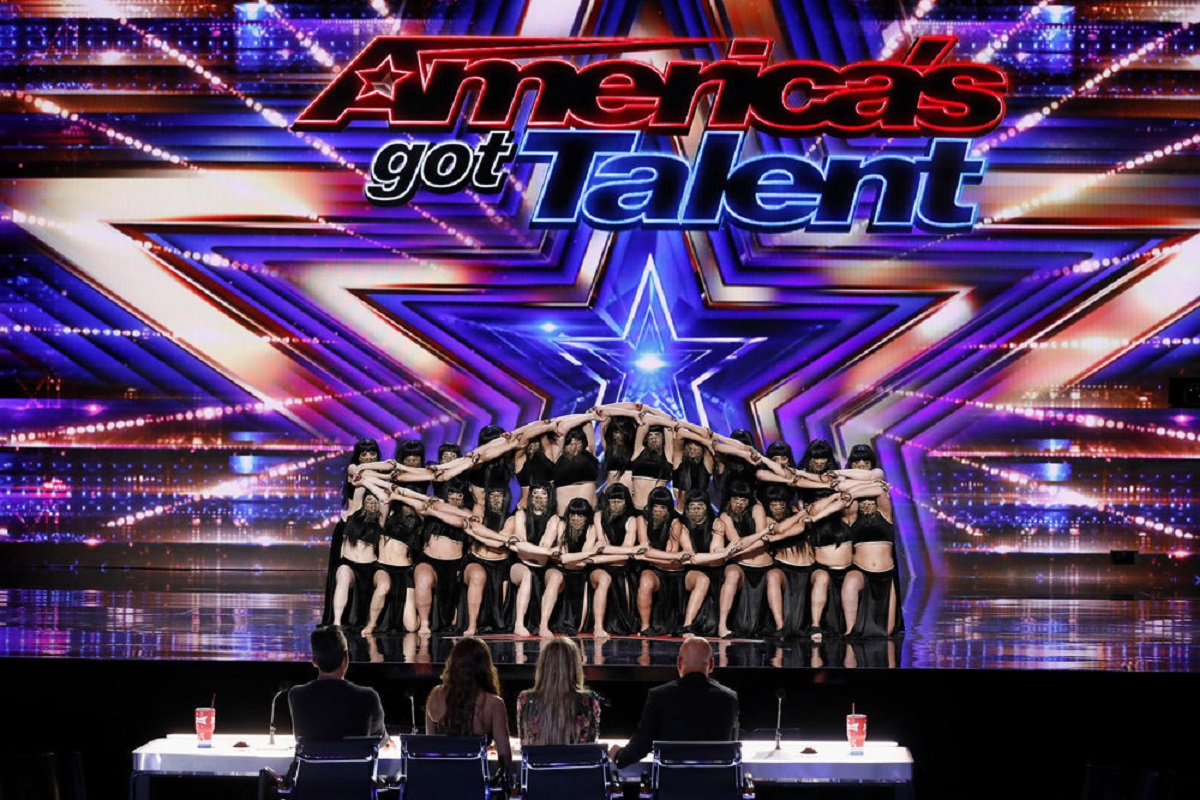 For the last act of the night in America’s Got Talent Season 17 Episode 4, the Mayyas dance group took the stage. However, before they danced, the Lebanese group gave some background about their life.

“Lebanon is not considered a place where you can build a career out of dancing,” choreographer Nadim Shierfan explained. “So, it’s really hard and harder for women.”

The women asked the judges to move closer together so they could see the full effect of their dance. Then they formed a straight line with one woman in the front. Their arms moved together in sync and hypnotized the audience and judges.

RELATED: ‘America’s Got Talent’: Madison Taylor Baez Sang and Acted in a Netflix Series Before Her Audition for Season 17

“There are no words to explain to you what we are feeling over here,” Sofia Vergara exclaimed. “It was the most beautiful creative dancing we have ever seen.”

After all the judges had a moment to comment on the performance, Sofia pressed the golden buzzer to send the Mayyas straight to the America’s Got Talent live shows. They do not have to undergo judge cuts, and America will see them dance on stage again.

In America’s Got Talent Season 17, Simon Cowell didn’t seem shocked to see the Mayyas on stage because he had already watched their performance in Britains Got Talent: Champions in 2019.

“This really really will make a difference in so many positive ways,” Simon Cowell said after the performance in AGT 2022. “That’s one part and then it was arguably the best dance act we are likely to have ever seen. We are honored to have you here. Thank you so much.”

However, when Cowell saw the Mayyas for the first time on stage, he was much more in awe.

“That was absolutely genius, brilliant, inventive,” Simon praised the Mayyas in 2019 in a YouTube video. “I’ve never seen a dance act like this ever on any of these shows. You can hear from the audience reaction, it was amazing.”

They stunned judge Simon Cowell in 2019 but did not make it to the finals of Britains Got Talent: Champions.

The Mayyas dance crew is not a new act to the Got Talent reality competition series worldwide. The Mayyas won Arabs Got Talent Season 6 in April 2019. They also received the golden buzzer from judge Najwa …read more

Pop Mart, a global entertainment company known for its art toys and collectibles, has opened its first U.S. pop-up location in Costa Mesa. The 2,148-square-foot store at South Coast Plaza, features art toys that are designed and inspired by popular culture. The company has recruited a variety of designers, including Kenny, Pucky, Ayan, Kasing Lung […]

SAN JOSE – In a landmark verdict, a federal jury awarded $21 million in damages to the family of Elena Mondragon, a 16-year-old who was fatally shot by Fremont police over five years ago. A seven-member jury found Friday night that three Fremont officers acted negligently during a covert operation in Hayward that ended with […]

‘AGT’ Season 17: Magician Nicolas Ribs Already Made It to the Semifinals In Another ‘Got Talent’ Series in 2019

In an NBC early release video, America’s Got Talent magician Nicolas Ribs shocked season 17 AGT fans with his polished multi-media magical performance. However, his episode 5 audition wasn’t the first time Ribs wowed audiences and judges in a Got Talent reality TV series. The AGT magician made it to the semifinals in France’s Got Talent in 2019 — find all the details below. ‘AGT’ Season […]