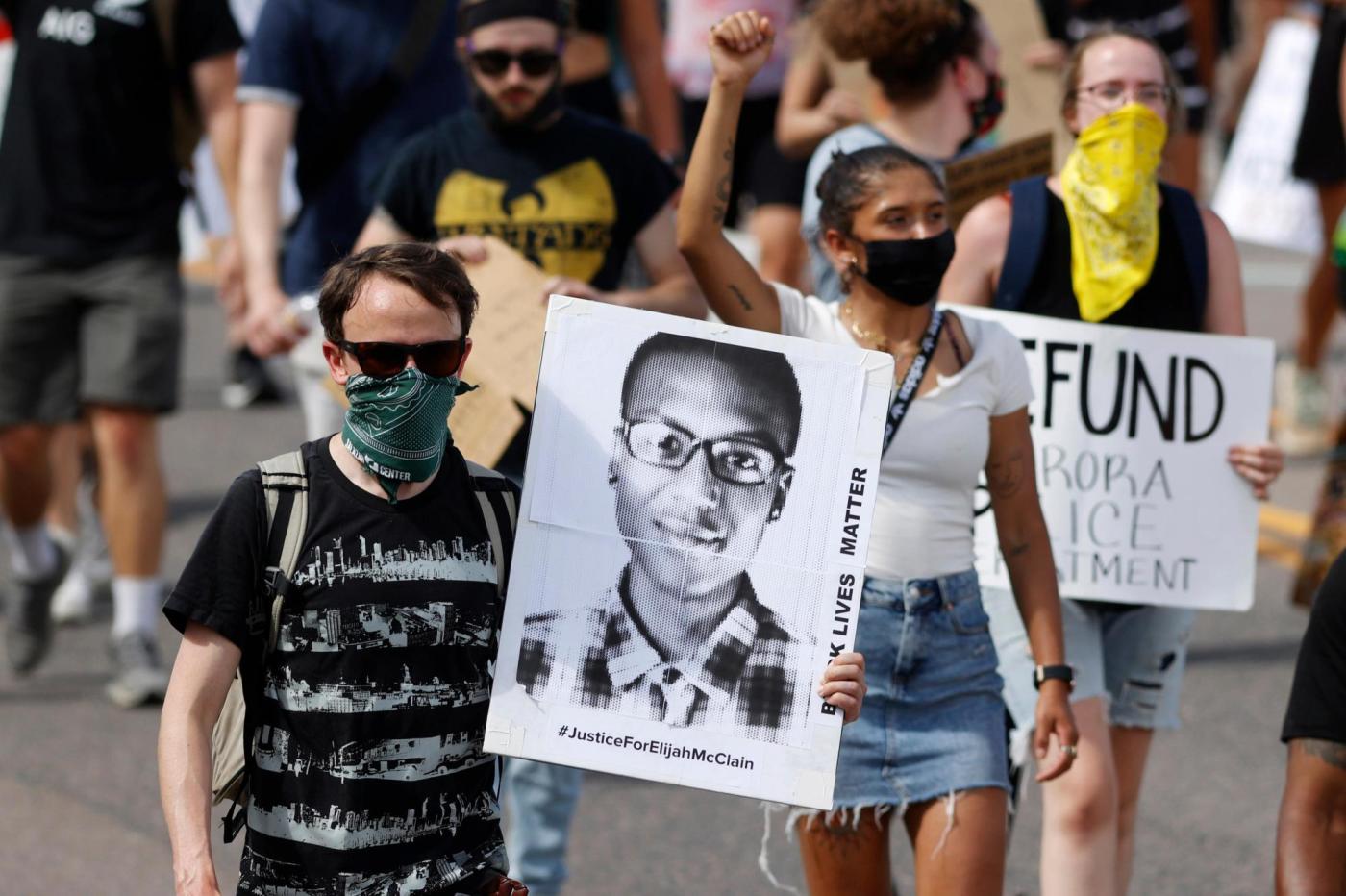 DENVER (AP) — A Black man died after a police encounter in a Denver suburb in 2019 because he was injected with a powerful sedative after being forcibly restrained, according to an amended autopsy report publicly released Friday.

Despite the finding, the death of Elijah McClain, a 23-year-old massage therapist, was still listed as undetermined, not a homicide, the report shows. McClain was put in a neck hold and injected with ketamine after being stopped by police in Aurora for “being suspicious.” He was unarmed.

The original autopsy report that was written soon after his death in August 2019 did not reach a conclusion about how he died or what type of death is was, such as if it was natural, accidental or a homicide. That was a major reason why prosecutors initially decided not to pursue charges.

But a state grand jury last year indicted three officers and two paramedics on manslaughter and reckless homicide charges in McClain’s death after the case drew renewed attention following the killing of George Floyd in 2020. It became a rallying cry during the national reckoning over racism and police brutality.

The five accused have not yet entered pleas and their lawyers have not commented publicly on the charges.

The findings of the amended autopsy report, updated in July 2021, echo an opinion included in the grand jury indictment handed down about two months later from an unspecified pathologist who concluded McClain died of complications of being injected with ketamine, a sedative, while being violently subdued and restrained by law enforcement and emergency responders. It is not clear whether that pathologist is the same one, Dr. Stephen Cina, who updated the autopsy report.

In the updated report, Cina concluded that the ketamine dosage given to McClain, which was higher than recommended for someone his size, “was too much for this individual and it resulted in an overdose. even though his blood ketamine level was consistent with a ‘therapeutic’ blood concentration.”

He also said he could not rule out that metabolic changes in McClain’s blood due to exertion during his restraint contributed to his death, and that there was no evidence that injuries inflicted by police caused his death.

“I believe that Mr. McClain would most likely be alive but for the administration of ketamine,” said Cina, who noted that body camera footage shows McClain becoming “extremely sedated” within a few minutes of being given the drug.

Cina acknowledged that other reasonable pathologists with different experience and training may have labeled such a death, while in police custody, as a homicide or accident, but that he believes the appropriate classification is undetermined.

The updated autopsy was released Friday under a court order in a lawsuit brought by Colorado Public Radio, joined by other media organizations including The Associated Press. Colorado Public Radio sued the coroner to release the report after learning it had been updated, arguing that it should be made available under the state’s public records law.

Acting manager Miguel Cairo envisioned a Chicago White Sox lineup featuring both Tim Anderson and Elvis Andrus. That won’t happen this season. Cairo said Tuesday the Sox will “shut it down” for the remainder of 2022 with Anderson, who has been recovering from a sagittal band tear in his left middle finger. “I think it’s […]

Carl Radke and Captain Lee Rosbach |Jeff Kravitz/Getty Images for MTV/Charles Sykes/Bravo/NBCU Photo Bank via Getty Images “His brother passed away from a drug overdose, and he wasn’t dealing with it very well, and he needed some help,” Rosbach recalled. “So I reached out to him, and we chat probably once a month or so, and […]

Ian regains hurricane strength as it heads to South Carolina