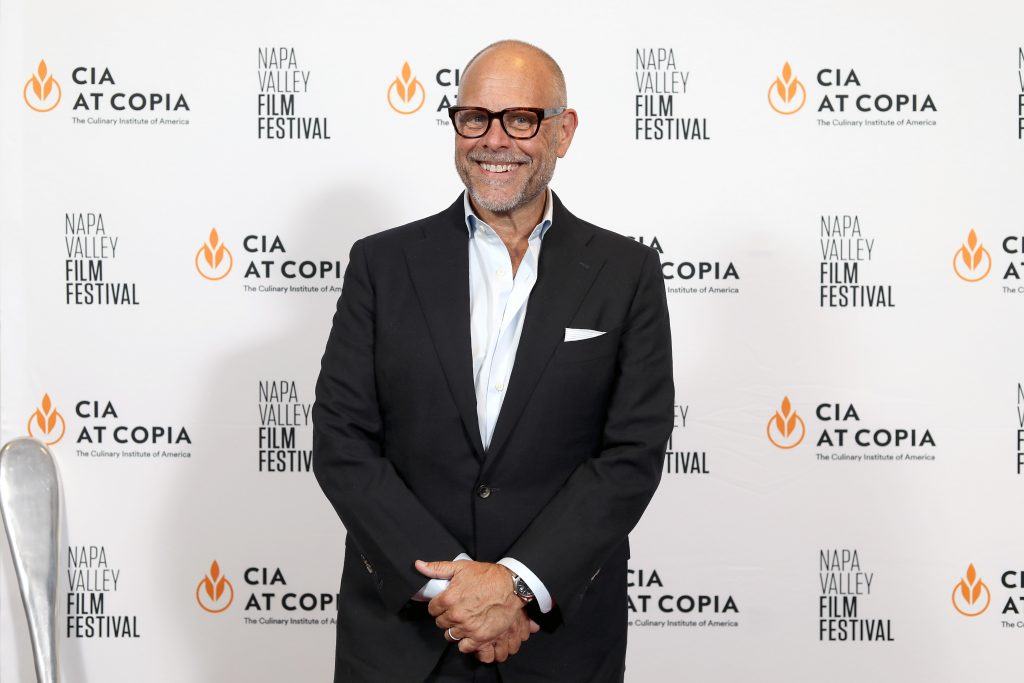 In his latest cookbook Good Eats 4: The Final Years, the chef reveals that steaming is the way to go for the dish he calls his Hard Not-Boiled Eggs.

“I adore hard-boiled eggs but firmly believe steaming results in a creamier white and easier peeling,” Brown writes. “Although hotter than boiling water, steam is less dense so slower to penetrate the shells.”

It turns out, steaming the eggs is also kinder to its shells, “so you’re less likely to crack any shells during the process,” he continued. “Steam is also more reliable because, unlike water, which drops in temperature when the eggs go in, steam is pretty much a constant temperature at standard pressure.”

To steam your eggs, Brown says to bring about an inch of water to a boil in a saucepan over medium heat. Once the water is boiling, place the eggs in a folding steamer basket and “carefully” lower it into the pot, and cover it. Allow it to steam for “exactly 11 minutes” for a creamy-yolked egg, and 13 minutes for a “traditional” hard-cooked egg.

Once the eggs have steamed to your preference, the chef says, remove the steamer basket to an awaiting large bowl of room-temperature water. (While the chef at one time was a proponent of using an ice bath for hard-cooked eggs, evidenced in his early 2000s video above, he now discourages it because “shocking the cooked eggs can constrict the membrane, which makes peeling a whole lot harder.”)

Here’s Brown’s go-to peeling method now: “Allow them to cool enough to handle comfortably, 30 seconds or so. Carefully crack the shell by tapping it on a flat surface and peel under the water.”

[Breaking news update, published at 8:30 p.m. ET] The Uvalde City Council voted unanimously Tuesday evening to deny Councilman Pedro “Pete” Arredondo, who is also the school district police chief. a leave of absence from future meetings. During the meeting, several Uvalde residents, including family members of victims, called for Arredondo to be removed from […]

Tom Petty said he couldn’t sleep the night he, George Harrison, and Jeff Lynne asked Roy Orbison to join The Traveling Wilburys. He was so excited to be working with four of his idols. Tom Petty | Paul Natkin/Getty Images Five rock stars came together to record a song George formed The Traveling Wilburys by accident. […]

Post Malone’s Fiancée: Everything Fans Learned About the Mystery Woman

Post Malone | Paul Morigi/Getty Images for The Stronach Group The musician Post Malone has an important announcement. According to Post Malone, born Austin Richard Post, is known for his sensational rapping and songwriting. Now, the musician is causing a stir for reasons beyond his music. He announced he now has a fiancée and a […]