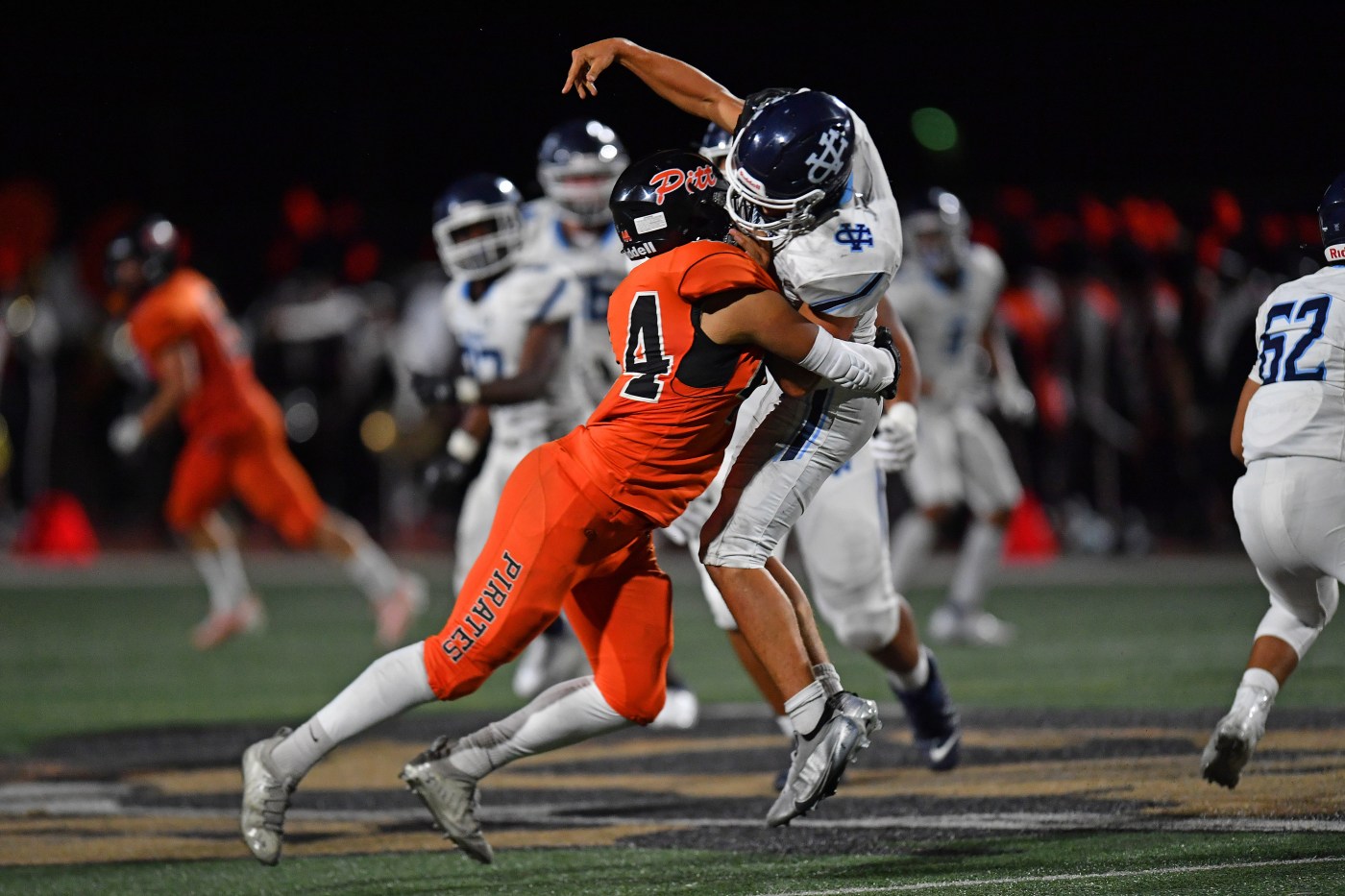 Editor’s note: This is one in a series of Bay Area News Group stories honoring the top football players from the fall 2021 season.

West Catholic Athletic League linebacker of the year. Three-year starter. Also played a little running back. Signed with Northern Arizona. Finished with 71 tackles (5.9 per game), including 4.5 for loss. Helped Lancers win the league title and finish 11-1.

Unanimously chosen as a first-team Bay Valley Athletic League selection. Finished with 102 tackles (9.3 per game, 66 solos). Had 12 tackles behind the line of scrimmage and five sacks for the NCS Division I champions.

All-West Catholic Athletic League first-team honors. Finished with 109 tackles, including 10.5 for loss. Helped the Bells win eight games and receive the No. 3 seed in the CCS Division I playoffs.

Finished tied for the state lead in tackles with 191, according to stats reported to MaxPreps, as the Gators bounced back from a 3-7 regular season to capture a Division 5-A state championship. Credited with 132 solo tackles and averaged 12.7 tackles per game.

NFL power rankings, Week 18: Breaking down Super Bowl contenders, plus why the Ravens should be better in 2022

Each week of the NFL season, The Baltimore Sun will rank all 32 NFL teams. The rankings will take into account not just weekly performance, but how well each team measures up as Super Bowl contenders, regardless of win-loss record. Here are the rankings after Week 18: Super Bowl favorites 1. Green Bay Packers (13-4; […]

How will the Chicago Bears conduct their searches for a new GM and coach? What do we know about the search committee? 5 questions and answers about the days ahead.

Hours after informing Ryan Pace and Matt Nagy they had been fired, Chicago Bears Chairman George McCaskey promised the search to replace them “will result in the best possible selections to lead the Bears to success.” McCaskey and President and CEO Ted Phillips spoke with the media for an hour Monday afternoon detailing how they […]

Long story short, the longest regular season in NFL history has led to these opening picks for the first “Super Wild-Card” playoff weekend: 49ers 33, Cowboys 28: The Super Bowl has never been won in back-to-back seasons by a wild-card team. The 49ers take this first step to follow the 2020 Tampa Bay Bucs’ lead. […]