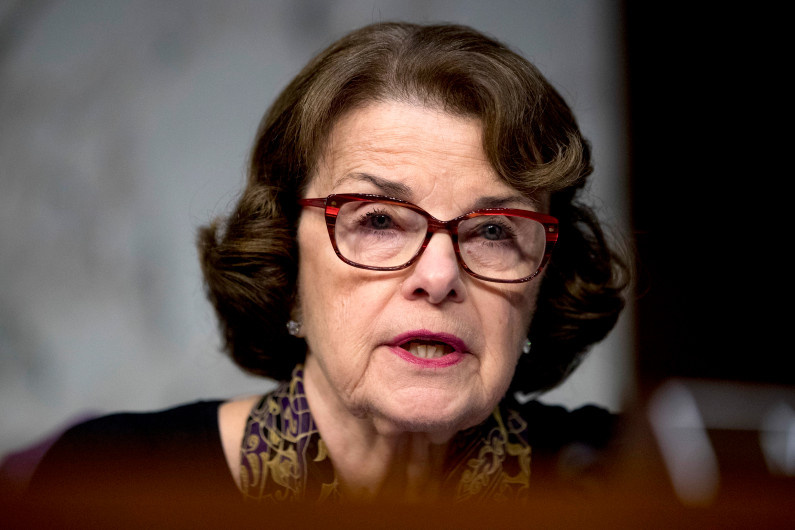 In the wake of the mass shooting in Monterey Park that claimed the lives of at least 11 people, Sen. Dianne Feinstein introduced legislation to ban “military-style assault weapons” and high-capacity magazines or ammunition feeding devices.

Officials said the gunman, who fired 42 times at a dance hall on Saturday night, Jan. 21, was carrying a modified 9 mm semi-automatic weapon.

The legislation — which is joined by Democratic Sens. Richard Blumenthal and Chris Murphy, both of Connecticut, would include the gun used by the shooter, Feinstein’s office said in a news release on Monday.

“We were tragically reminded this weekend of the deadly nature of assault weapons when a shooter used one to kill 11 people and injure 9 more at a Lunar New Year celebration in California,” Feinstein said in a statement. “The constant stream of mass shootings have one common thread: They almost all involve assault weapons. It’s because these weapons were designed to kill as many people as quickly as possible.”

“They have no business in our communities or schools. It’s time we stand up to the gun lobby and remove these weapons of war from our streets, or at the very least keep them out of the hands of young people,” Feinstein said.

Blumenthal said, “As used by the Lunar New Year’s shooter only days ago in Monterey Park, assault weapons have only one practical purpose — to kill or injure human beings. Now is the time to honor gun violence victims and survivors with this common sense action.”

The trio of senators also introduced a bill to raise the minimum age to purchase an assault weapon, designed to fire multiple rounds in quickly, from 18 to 21.

It bans the sale, manufacture or transfer of certain firearms while letting owners keep existing weapons and includes exemptions for specific guns for recreational use or household defense. It would also require those already owned assault weapons to be stored in a secure place.

President Joe Biden, in a statement Monday evening, urged both chambers of Congress to pass the legislation.

Paul McCartney | David M. Benett/Dave Benett/Getty Images Throughout his career, McCartney has been responsible for many iconic love songs, such as “Maybe I’m Amazed,” “Eight Days a Week,” “All You Need Is Love,” Paul McCartney’s music has proven that he is a romantic. He has written many beautiful love songs during his time with […]

‘How I Met Your Father’: Hilary Duff Reveals Sophie Is a ‘Sociopathic Liar’ in Season 2