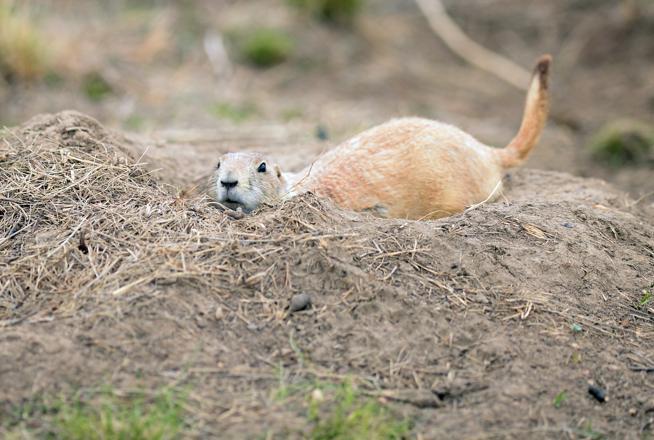 The Colorado Department of Public Health and Environment is urging everyone to be careful around animals after plague was found in mammals and fleas from six counties and the state recorded its first death from the disease since 2015.

The state didn’t release the full list of counties, but said La Plata was one of them. The 10-year-old child who died of plague earlier this month was a La Plata County resident.

Plague is caused by bacteria and usually is transmitted by bites from infected fleas. Prairie dogs, squirrels, chipmunks and other rodents many carry the fleas and become infected themselves, so everyone should avoid getting close to those animals, the health department said in a news release.

Colorado reported 22 human cases of plague from 2015 to 2020, according to the state health department. Almost half of the cases were in La Plata County, though at least one case has been reported in the last six years in Adams, Archuleta, Boulder, Denver, Grand, Larimer, Mesa and Pueblo counties.

Plague has a high fatality rate if untreated, but antibiotics are effective against it, especially in the early stages. Symptoms include fever, headache, chills and swollen lymph nodes. Less commonly, people can develop pneumonia-like symptoms or go into septic shock, if the bacteria spread to the lungs or through the bloodstream.

If you notice that prairie dogs or other rodents suddenly disappear from an area where they were seen before, call your local health department to investigate if plague could be circulating there. If the animals have plague, the health department may need to close the area to people, as happened when prairie dogs became infected at Dick’s Sporting Goods Park in 2019.

Other steps you can take to protect yourself:

Don’t kill prairie dogs on your property. This could force fleas to seek new hosts, including pets or humans.
Treat your pets with flea-control products, and don’t allow them in areas where wild rodents live
If you must go into an area where wild rodents live, use insect repellant and tuck your pant cuffs into your socks
Don’t handle or feed wild animals
Don’t touch sick or dead animals
Keep rodents out of your house by clearing away plants and debris from outside walls. Don’t leave food where rodents can reach it, and set traps if necessary
If fleas have moved into your home, have a professional treat it
If your pet has a high fever, an open sore or swollen lymph nodes, call a veterinarian and take precautions. Infected pets can give the disease to humans.
Explain the precautions to children, and that they should tell you if they’ve touched a wild animal or been bitten by fleas

“In Colorado, we expect to have fleas test positive for plague during the summer months.  Awareness and precautions can help prevent the disease in people,” Jennifer House, deputy state epidemiologist and public health veterinarian, said in a news release.

Federal authorities are hunting for a Mill Valley man accused of attacking police during the riot at the U.S. Capitol this year. Evan Neumann, 48, is charged with six counts, including assaulting, resisting or impeding officers; obstructing law enforcement during civil disorder; and violent entry and disorderly conduct on Capitol grounds. The Department of Justice […]

SACRAMENTO — Two California men have been charged with plotting to blow up the Democratic Party’s headquarters in the state capital, a bombing they hoped would be the first in a series of politically-motivated attacks, federal prosecutors said Thursday. The pair used multiple messaging apps to plan to attack targets they associated with Democrats after […]

By Tierney Sneed | CNN Federal regulations setting a minimum age of 21 years old for purchasing handguns from licensed dealers violate the Second Amendment, a federal appeals court ruled Tuesday. The restrictions were deemed unconstitutional by a divided three-judge panel of the 4th US Circuit Court of Appeals. The majority opinion, written by Donald […]