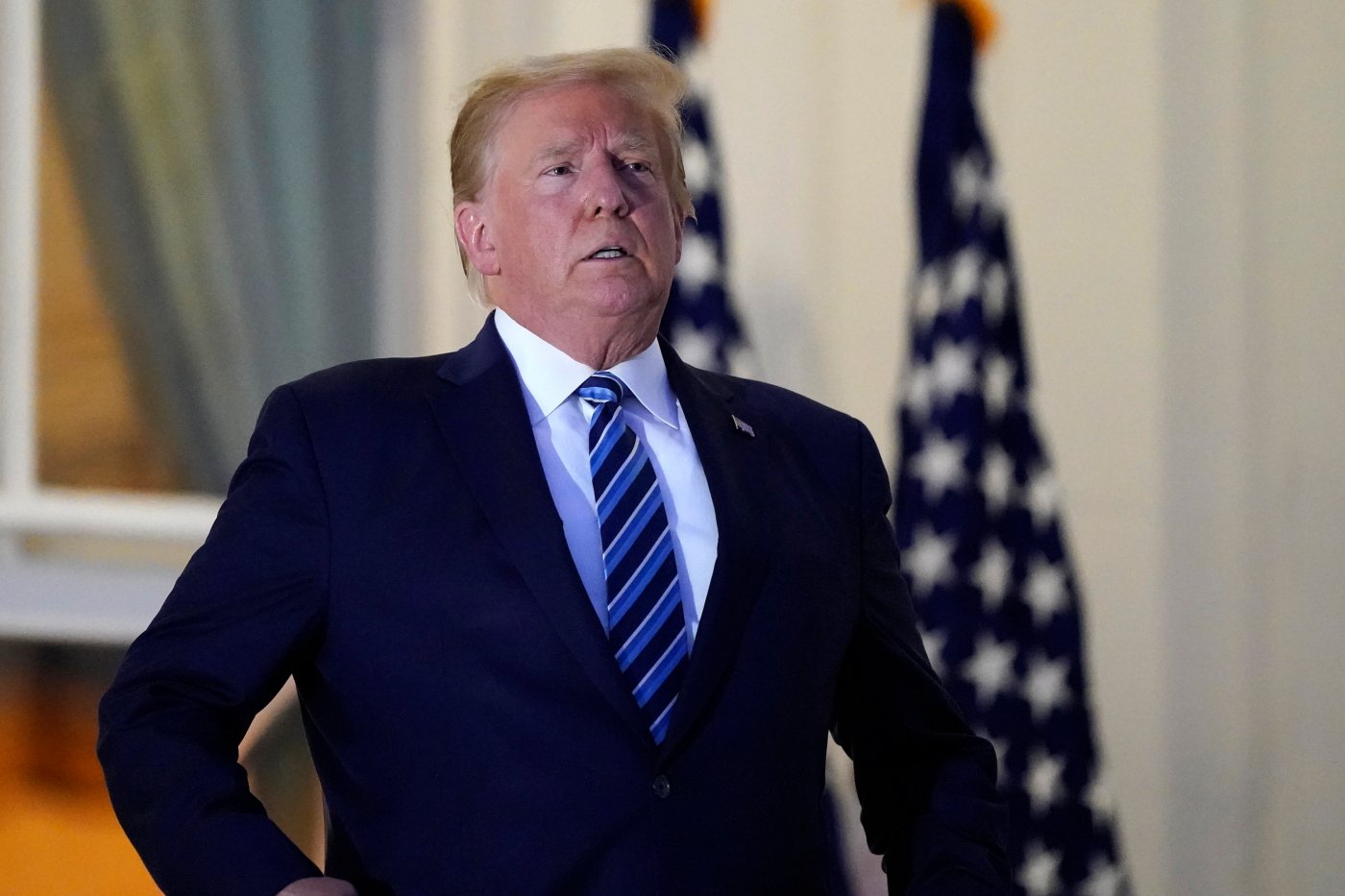 WASHINGTON — President Donald Trump insisted Thursday that he is ready to resume campaign rallies and feels “perfect” one week after his diagnosis with the coronavirus that has killed more than 210,000 Americans, as his doctor said the president had “completed his course of therapy” for the disease.

The president has not been seen in public — other than in White House-produced videos — since his Monday return from the military hospital where he received experimental treatments for the virus. On Thursday, his physician, Navy Cmdr. Sean Conley, said in a memo that Trump would be able to safely “return to public engagements” on Saturday, as the president tries to shift his focus to the election that’s less than four weeks away, with millions of Americans already casting ballots.

While Trump said he believes he’s no longer contagious, concerns about infection appeared to scuttle plans for next week’s presidential debate.

“I’m feeling good. Really good. I think perfect,” Trump said during a telephone interview with Fox Business, his first since he was released from a three-day hospital stay Monday. “I think I’m better to the point where I’d love to do a rally tonight,” Trump said.

He added, “I don’t think I’m contagious at all.”

The Centers for Disease Control and Prevention says individuals can discontinue isolation 10 days after the onset of symptoms, which for Trump was Oct. 1, according to his doctors. Conley said that meant Trump, who has been surrounded by minimal staffing as he works out of the White House residence and the Oval Office, could return to holding events on Saturday.

He added that Trump was showing no evidence of his illness progressing or adverse reactions to the aggressive course of therapy prescribed by his doctors.

Earlier this week, the president’s doctors suggested they would work closely with military medical research facilities and other laboratories on “advanced diagnostic testing” to determine when the president was no longer contagious, but did not elaborate.

“So, if the president goes 10 days without symptoms, and they do the tests that we were talking about, then you could make the assumption, based on good science, that he is not infected,” Fauci said Thursday on MSNBC.

While reports of reinfection are rare, the CDC recommends that even people who recover from COVID-19 continue to wear a mask, stay distanced and follow other precautions. It was unclear if Trump, who eschewed mask-wearing in most settings, would abide by that guidance.

The White House, meanwhile, continued to decline to share when Trump last tested negative for the virus — which would help pinpoint when he was infected. Strategic communications director Alyssa Farah said that information was Trump’s “private medical history.”

Trump’s campaign and the White House were already drawing up plans for Trump to resume campaigning, eyeing a visit to Pennsylvania on Monday and Michigan …read more

By David Bauder | Associated Press NEW YORK — C-SPAN suspended its political editor Steve Scully indefinitely Thursday after he admitted to lying about his Twitter feed being hacked when he was confronted about a questionable exchange with former Trump aide Anthony Scaramucci. The news came on the day of what was supposed to be […]

New cases of COVID-19, and the number of patients hospitalized with the virus, have largely remained flat in California in October, as more Bay Area counties progress in the state’s tiered re-opening schedule. On Friday, California counties reported 3,092 new cases, slightly fewer than the seven-day average of 3,164 daily new cases. That average has […]

Is Jeffrey Toobin’s career over?

For many working in media, Jeffrey Toobin has enjoyed a career to kill for, starting with the fact that he has been a longtime writer for the New Yorker, one of the most enviable journalism gigs on the planet. The former federal prosecutor, 60, also has penned best-selling books on the Supreme Court and the […]