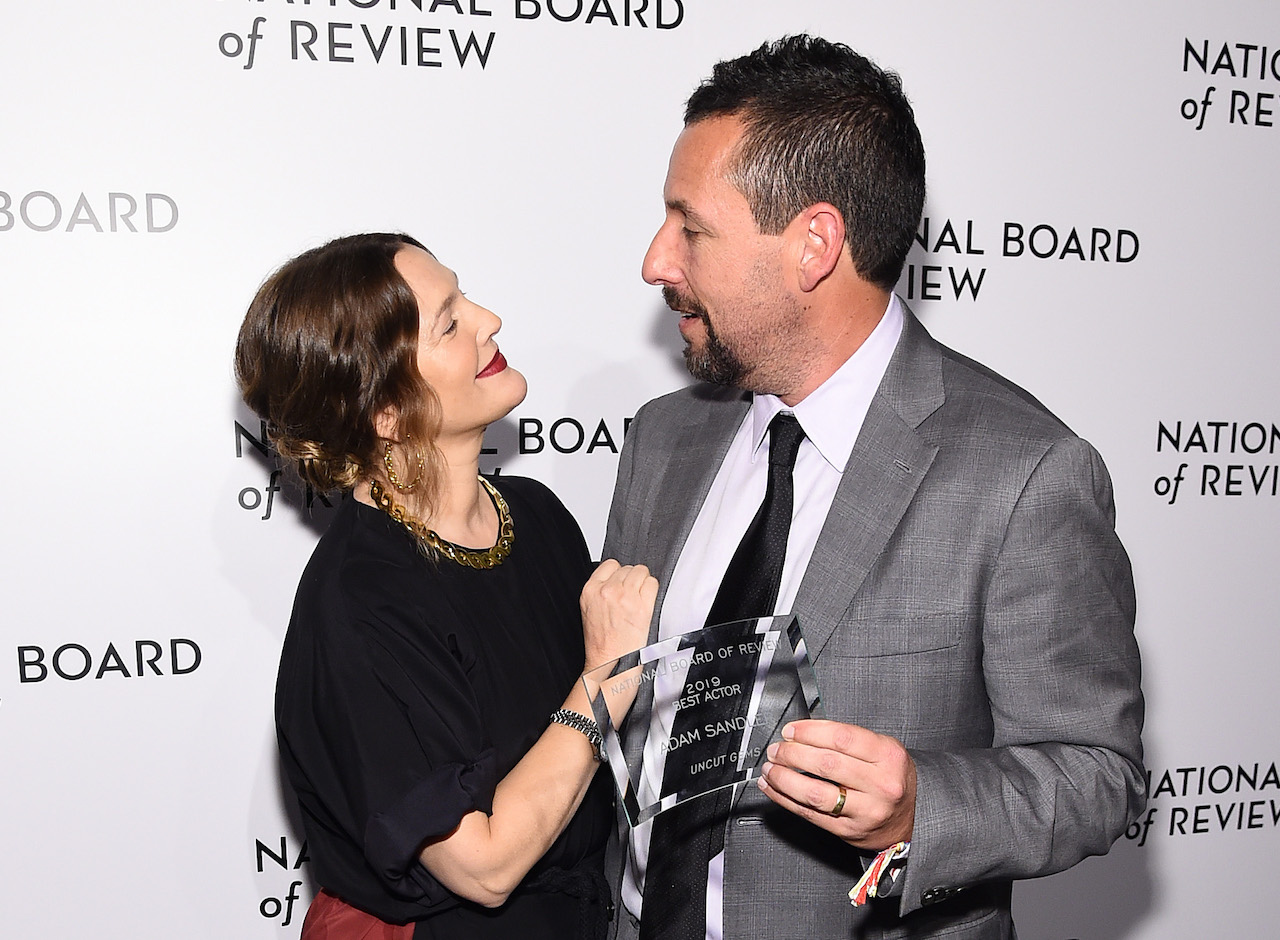 While the world slowed to a stop during the coronavirus (COVID-19) pandemic in 2020, Barrymore was trying to achieve a goal and launch her own talk show. So, while isolating herself

Drew Barrymore and Adam Sandler have been friends since the ’90s. And as she was getting her talk show off the ground, he offered words of encouragement by telling her she’s “magic.”

Read on to find out more about how she launched her talk show during the pandemic, what message Sandler had for her on the premiere episode, and what the two have said about making another movie together before 2030.

While the world slowed to a stop during the coronavirus (COVID-19) pandemic in 2020, Barrymore was trying to achieve a goal and launch her own talk show. So, while isolating herself at home with her two daughters, that became one of her main focuses. Of course, she was also homeschooling, so it was a formidable task.

But Barrymore wanted to give fans something different and more relatable, even though the actor-turned-talk-show-host pivot has been done countless times. “I am an imperfect, messy, silly person,” she explained (per Glamour). “I can’t wait for screw-ups to happen. Those are the put-it-in-a-bottle moments!”

One thing she said she likes to do differently than other hosts is to offer more spontaneity if guests would like. “… I like to go in blind and play,” she shared, admitting she doesn’t like pre-interviews herself.

She concluded, “I want to give people a refreshing approach.”

Barrymore’s formula has been working since 2020, and The Drew Barrymore Show has been renewed through the third season.

Dressed as their characters from their 2004 film 50 First Dates, Sandler joined Barrymore to help launch The Drew Barrymore Show in September 2020. Catching the amnesiac character of Lucy up with a daily tape like her husband, Henry, did in the film, Sandler made jokes regarding how much time had passed, noting it was probably their 5,000th date.

But jokes aside, Sandler also took the time to share a heartfelt message for his longtime friend. “You’re going to make people so happy, every day, every time they see you. You are magic,” he told Barrymore. “The whole world feels it, and I’m lucky that I know you so well.”

Clearly touched, she told him, “I can’t think of any endeavor I’d ever want to do without you, Adam.”

It takes two to receive the Dynamic Duo honor at the #MTVAwards: Greatest of All Time! ?

Barrymore and Sandler joked that they have made a movie every decade since the ’90s, and technically 2020 started a new decade.

Jamie Campbell Bower as Vecna | Netflix In Stranger Things season 4, a mystery begins after a Hawkins teenager is killed in a brutal and supernatural way. While the Hawkins crew believed the upside-down escapades were over, a new monster emerged in the form of Vecna. Vecna is a powerful being who is able to […]

Last weekend, Alec Baldwin asked his fans to send “their support and love” to his “old pal” Anne Heche, who is battling for her life after crashing her car into a Los Angeles home and igniting a devastating fire. In his Instagram tribute to Heche, Baldwin didn’t mention that she also is his co-star in […]