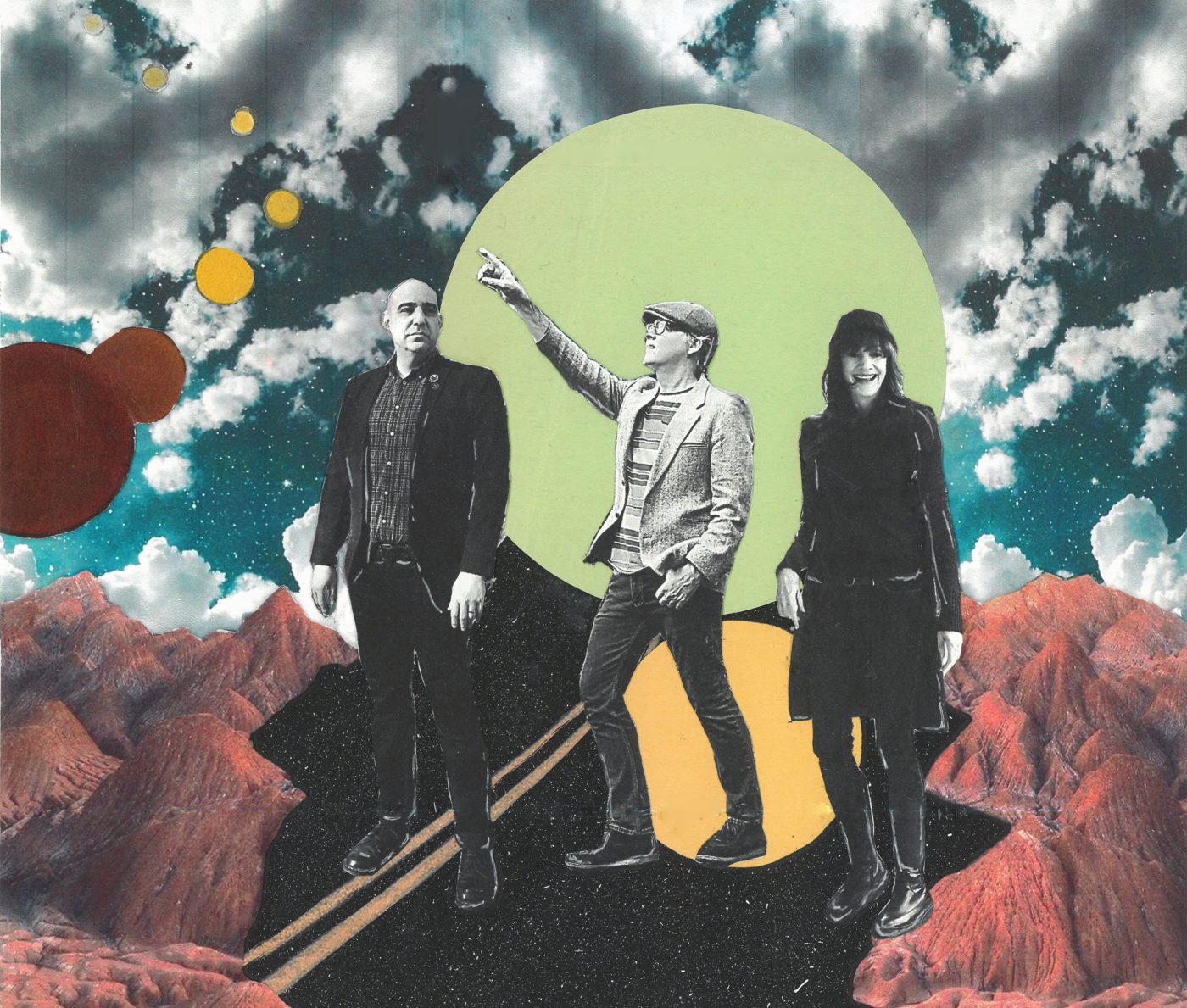 While many people journeyed out of the house as little as possible during the pandemic, Allen Clapp and Jill Pries went the other direction and left their longtime Bay Area home in search of a new one.

The husband-and-wife couple — which represents two-thirds of the acclaimed indie-pop act known as the Orange Peels — ended up relocating from Boulder Creek to the U.S. Virgin Islands.

They brought along their eight pets as well as a hard drive full of recordings, which would find a home of their own on the Orange Peels’ latest offering — “Celebrate the Moments of Your Life.”

It’s the first double album from the group — featuring Clapp on vocals, guitars and synthesizers; Pries on bass and Gabriel Coan on drums, programming and synthesizers — released earlier this month by the Minty Fresh label. (See theorangepeels.com for more information.)

I’ve been following the band’s career since the late ‘90s, right around the debut “Square” came out in ’97, and recently had the chance to catch up with Clapp about the excellent new album as well as all things Orange Peels.

Q: Always good to reconnect with you, Allen. Let’s get one thing out of the way right now: U.S. Virgin Islands!?!? That sounds amazing. Do I have to chalk this move up as just further proof that you are smarter than me?

A: Ha! Well, we have been visiting these islands on and off for about 10 years now, and we just really fell in love with the Caribbean. St. John in particular. If you ever felt like disengaging from the pace of life in Silicon Valley, this would be the place to do it. California time and island time do not mix well — especially when things are taking longer than you would like. At any moment, traffic could get held up by donkeys, or a herd of goats in the road. You’re constantly reminded of how insignificant your own plans are. “Island time” is like Kryptonite to plans. As for who’s smarter, I will happily defer to (mutual friend) Miguel Rodriguez.

Q: I thought there might be a little island flavor on the new album due to your move. Did you ever consider throwing in some calypso or soca into the mix to mark the occasion?

A: I think as close as we get is “Whenever” which definitely has a summery, island feel to it. It’s also the only song that was written here. But I wrote it before we knew we were moving here, on a trip back in winter 2019. It’s when we realized we could see ourselves living here at some point in the distant future.

Of course that was right before 2020 and everything that happened since. I feel like we processed about a decade worth of emotions and issues in a very short time, and now we find ourselves halfway around the world. I think it’s inevitable that we’ll be influenced by our new surroundings in some way. It might take a while though. …read more

Sharks never stop moving. They constantly advance forward to live and it looks like the developers Tripwire Interactive aren’t resting on their laurels either. More than a year after, the team released “Maneater,” the studio is coming out with downloadable content that adds to the story of the game. Titled “Maneater: Truth Quest,” this $14.99 […]

The Tamarack Fire on Thursday afternoon crossed Highway 395 near the California-Nevada line, according to an update from the Forest Service. The spot fire north of Holbrook Junction grew rapidly during the evening. Satellite imagery showed hot spots extending both east and south, toward Topaz Lake. The official estimate of the fire’s size was not […]