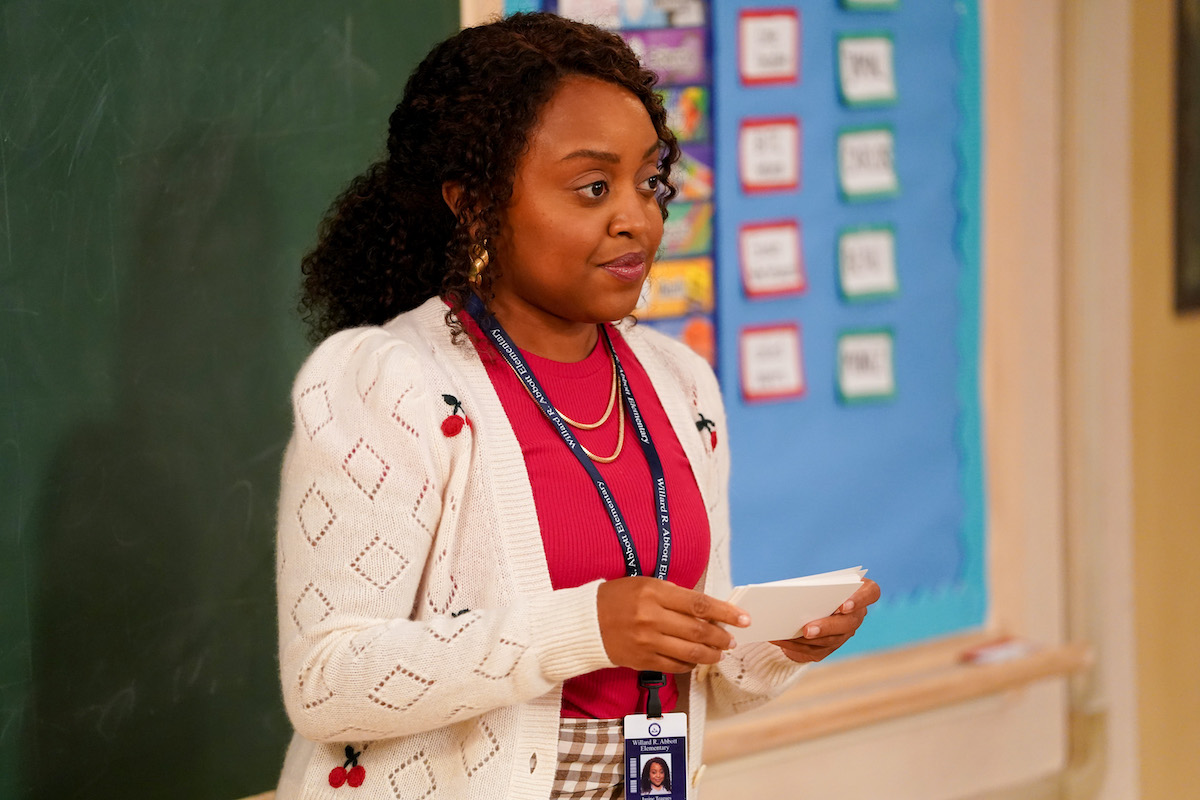 Brunson was a guest on Entertainment Weekly’s The Awardist podcast on June 13. When previewing the upcoming season, Brunson revealed how she ended up with a staff writer named after a character on Abbott Elementary. Abbott Elementary Season 2 premieres Sept. 21 on ABC.

Janelle James plays principal Ava Coleman on Abbott Elementary. Brunson admits it makes meetings weird when she refers to Ava, since she just hired a writer with the same name to write for Abbott Elementary Season 2.

“We are so excited with what we’re doing already,” Brunson said on The Awardist. “Sheryl and Janelle don’t know yet but we’re just so, so excited. It feels so wonderful to get back in the room. Everyone is firing on all cylinders. We have one new writer. All of our old writers came back and we have one new writer who coincidentally is named Ava Coleman. I know that’s so weird.”

Brunson explained how the coincidence occurred. She met the real Coleman before season 1, but she was not available. Coleman previously wrote and served as story editor on Girls5eva. Subconsciously, Brunson must have remembered her name. Ava Coleman will write for Ava Coleman in Abbott Elementary Season 2.

And the incredible @quintabrunson. #AbbottElementary pic.twitter.com/puuMpdbvHK

“It was very weird and she was someone I actually wanted for season 1,” Brunson said. “I didn’t even realize I had named the character the same name as this girl that I knew. It’s so crazy. She read the original pilot script and was like, ‘So Ava Coleman, huh?’ And I was like, ‘Oh my God, I’m so sorry.’  She’s fitting right in, bringing new juice to the room and we are already so excited about what we get to do.”

The acclaim for the first season could put a lot of pressure on Abbott Elementary Season 2. Many second seasons fail to live up to their first. Fortunately, Brunson said the Abbott Elementary team remains at the top of their game as they write new episodes.

“We’re losing our minds and that’s a good feeling to come back feeling that way,” Brunson said. “Because it can be easy to be plagued by a good first season and almost be intimidated by having to do it again. I came prepared to maybe feel the pressure but we don’t. …read more

ASK IRA: Do Heat have to walk a fine line with P.J. Tucker’s free agency?

Q: P.J. Tucker bolted the Bucks after winning a championship, so is he long term for the Heat? – Andy. A: I’m not sure anyone who is 37 is long term for any NBA team. But P.J. Tucker also didn’t bolt the Bucks. He was low-balled because of the Bucks’ salary situation, even after contributing […]

‘The Black Phone’: Ethan Hawke’s Age Led Him to Play a Serial Killer

Ethan Hawke | Samir Hussein/WireImage ‘The Black Phone’ happened because of Marvel Studios The Black Phone reteams Derrickson and Hawke for the first time since 2012’s Sinister. That movie became a box office success and even spawned a sequel, which Derrickson produced. But casual moviegoers probably know Derrickson for another film. The director dipped into […]

Police in Pacific Grove closed beaches Wednesday after a man was attacked by a shark. The attack happened near Lover’s Point — a popular Monterey County seaside destination — shortly after 10:40 am, said Shayla Hoffman, a spokeswoman for the Pacific Grove Police Department. Few details were available on the victim, although Hoffman said he […]