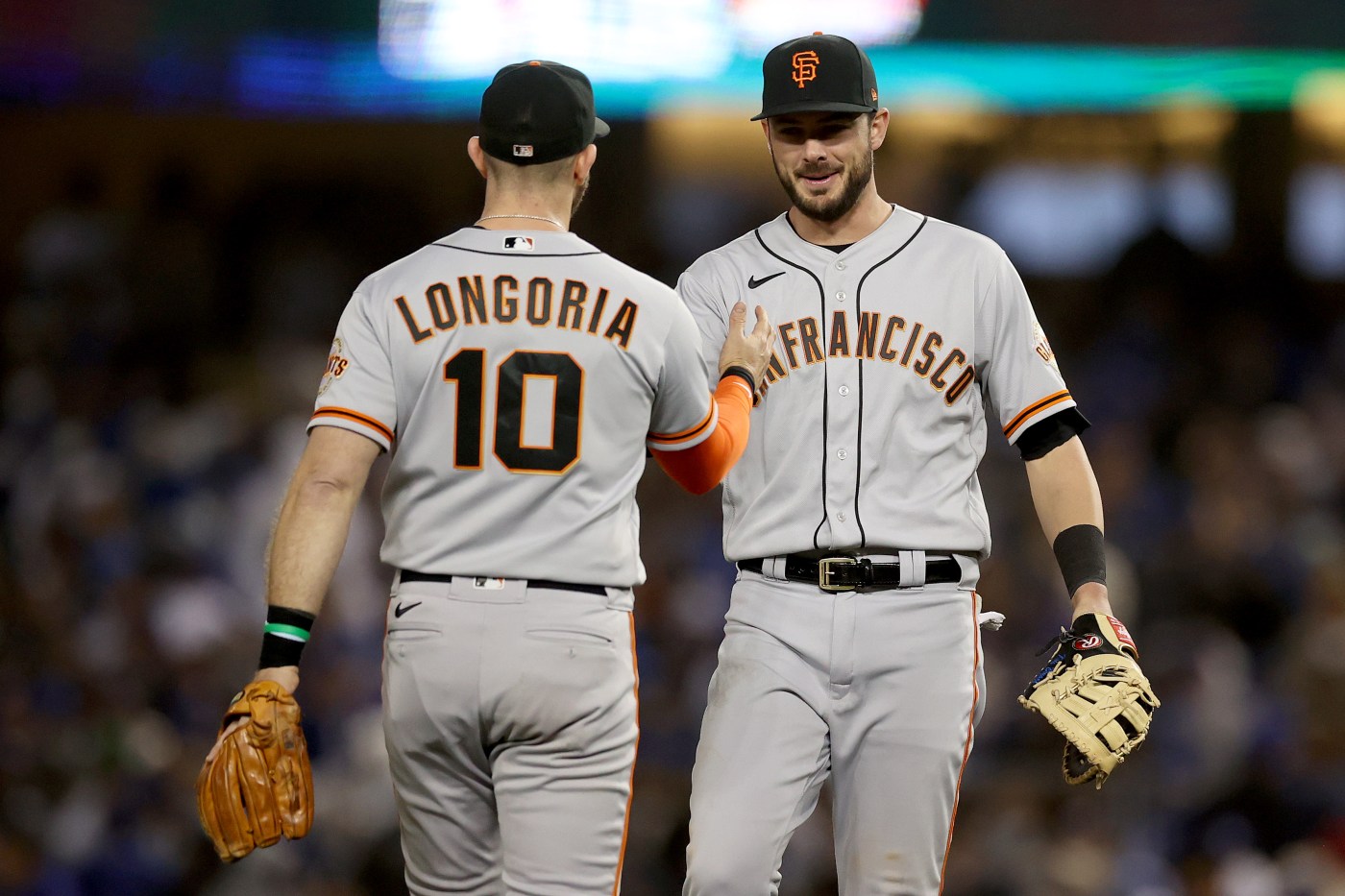 LOS ANGELES — When Giants manager Gabe Kapler wrote his lineup for Game 4 of the NLDS on Tuesday, Kris Bryant was penciled in to start at his fourth different position of the series.

Bryant played left field on Friday, center field on Saturday, first base on Monday and will now play right field against Dodgers starter Walker Buehler, who is pitching on short rest for the first time in his major league career.

Bryant might be one of the only stars in the majors willing to rotate from position to position on a daily basis, but he’s in no rush to settle in at one spot.

“It’s never mattered to me, and it never will,” Bryant said Tuesday. “I don’t mind it, it’s just a little bit more thinking, a little bit more work, just in terms of being prepared for the game. But, no, I like the randomness of it, it keeps me on my toes, I do enjoy it.”

The former Chicago Cubs great was entrenched at third base early in his career, but this year, Bryant has played six different positions including five with the Giants. The pending free agent has only played in San Francisco for two and a half months, but in many ways, he epitomizes the ethos of of the 2021 Giants.

Kapler and president of baseball operations Farhan Zaidi have harped on the importance of versatility and flexibility since the manager was hired to succeed Bruce Bochy and when the club acquired Bryant, it took about 30 seconds for him to embrace the Giants’ model.

“My first call with Kris after we acquired him from the Cubs, he said, ‘I’ll play any position,’” Kapler said. “I’ll hit anywhere in the lineup. I just want to help this team win.’ And since the acquisition, that’s what he’s done. He’s played a ton of different positions.”

Bryant had a rough September at the plate and in the field, but he’s delivered critical hits in the NLDS including a solo home run off Buehler in Game 1 of the series that helped chase the Dodgers’ starter from the game. On Monday, Bryant made his Giants debut at first base, which proved critical on a windy night when the club benefitted from having its best defensive outfielder, Steven Duggar, patrolling the outfield at Dodger Stadium.

“He’s been very flexible,” Kapler said. “And it’s nice because you get a bat of that quality, that caliber, and just knowing that they can play anywhere and they’re going to be ready to go gives us the flexibility to do a lot of other things.”

Since arriving in San Francisco, Bryant hasn’t played at a superstar level like he did early in his career with the Cubs, but he’s lengthened the Giants’ lineup, given Kapler the freedom to explore new defensive combinations and helped the club to the verge of another “special” achievement.

With a 106-win Dodgers team on the brink of elimination, the 107-win Giants can end their rivals’ season with a victory on the road.

On the New York Times’ new list of 50 U.S. restaurants “we’re most excited about,” three are in San Francisco and one is a roadside stand on the Marin County coast. The Marshall Store, “on a timeworn deck overlooking Tomales Bay,” is praised for its specialty: oysters raw, grilled and smoked. Patrons line up next […]

Which ‘The Nightmare Before Christmas’ Song Is Billie Eilish Performing for Danny Elfman’s Live Concert Experience?

Some Disney fans can watch Tim Burton’s The Nightmare Before Christmas on Disney+. There’s also a live concert coming to Los Angeles this October featuring Grammy Award-winning artist Billie Eilish as Sally.  The character Jack Skellington from Tim Burton’s ‘The Nightmare Before Christmas’ | Barry King/WireImageBillie Eilish will appear in a concert version of Tim […]

‘Virgin River’: Alexandra Breckenridge Almost Had to Turn Down the Show