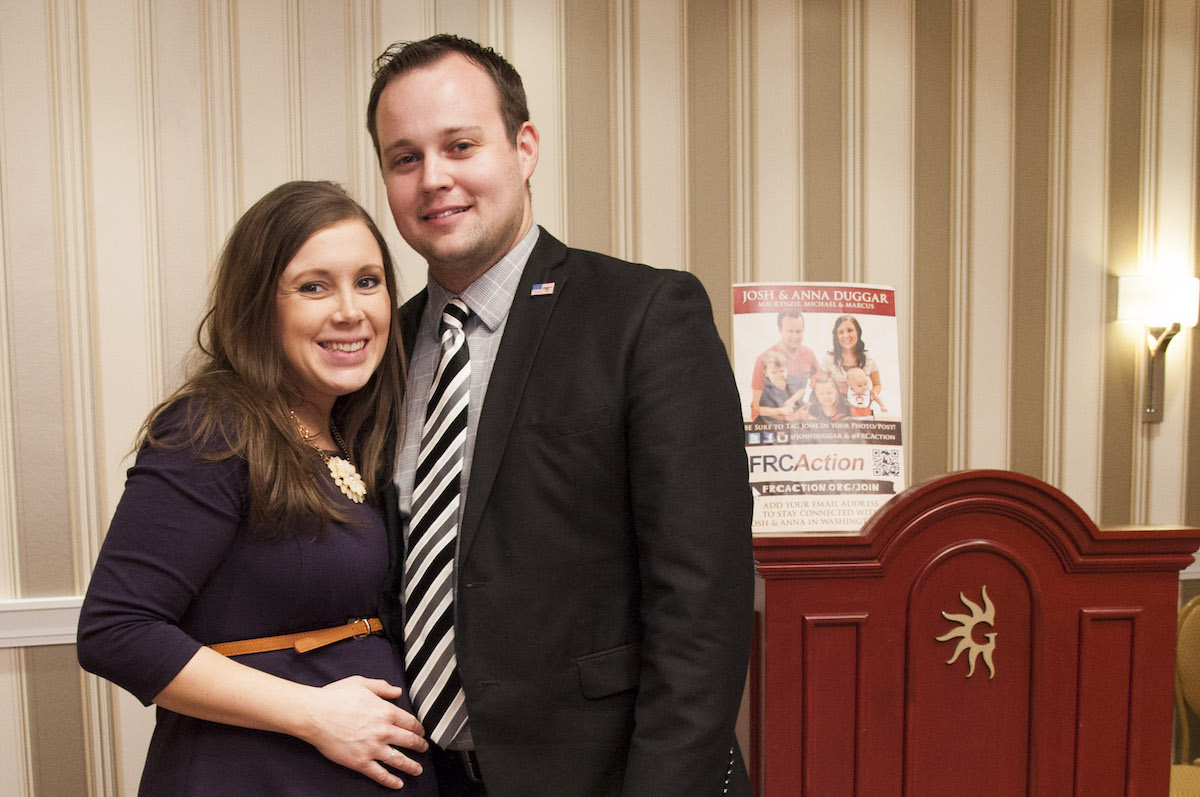 The couple’s engagement came just five years after Josh was briefly removed from the Duggar family home for molesting his sisters. The engagement was not Josh’s first relationship. The troubled used car salesman was previously involved with Kayleigh Holt, the daughter of close family friends.

Josh Duggar will be spending the next decade behind bars. The father of seven was convicted of receiving and possessing child pornography in December 2021 and has since been transferred to a federal prison in Texas to serve his sentence. His wife, Anna Duggar, has supported him throughout his legal troubles. While 2021 was certainly a horrible year for the ultra-conservative Christian couple, it’s hardly the first scandal Josh and Anna Duggar have weathered. Continue reading for a complete timeline of the couple’s turbulent marriage.

In 2008, Josh proposed to Anna on her 20th birthday. While the couple insisted that they had courted for two years before their engagement, Duggar family followers don’t believe that to be the case. A family insider told Radar that parents, Jim Bob Duggar and Mike Keller, largely arranged Josh and Anna’s engagement.

The couple’s engagement came just five years after Josh was briefly removed from the Duggar family home for molesting his sisters. The engagement was not Josh’s first relationship. The troubled used car salesman was previously involved with Kayleigh Holt, the daughter of close family friends. The relationship ended after Josh was caught sexually abusing his siblings. Kayleigh’s mother, Bobye Holt outlined what happened during her testimony at Josh Duggar’s trial.

Josh and Anna decided to make a big move in 2013. Josh accepted a job with Family Research Council, a conservative lobbying group. TLC documented the couple’s move on 19 Kids and Counting.

During their time in Washington D.C., the family welcomed another child. Marcus Anthony Duggar was born in June 2013. Josh stepped down from his position after the first of several scandals broke. He retreated back to Arkansas.

In 2015, Josh admitted to molesting several of his sisters and cheating on his wife

Josh’s very first scandal broke in 2015. In Touch obtained police reports that outlined sexual abuse that occurred in the Duggar family home before they landed their TLC specials and shows. According to the reports, Josh molested four of his sisters in addition to a family friend multiple times.

Josh stepped down from his position with Family Research Council amid the scandal. Several months later, the disgraced reality TV star also admitted to cheating on his wife when a data breach revealed he was using Ashley Madison to find extramarital affair partners. Josh also used OkCupid to find sexual partners.

Anna Duggar took to national television to discuss her feelings about Josh’s betrayal while he traveled to a religious rehabilitation program. During the scandals, Anna was pregnant with the couple’s fourth child, Meredith Duggar. She was born in July 2015.

After Josh’s release, the family returned to …read more

‘Love Island USA’: Sereniti Says Chazz Was ‘Very Overwhelming’ and Made ‘Intense’ Promises to Her

There are more secrets to unlock at Keyhouse. Netflix‘s Locke & Key Season 3 introduces the final five magical keys, all of which help the Locke family in their epic battle against Frederick Gideon. Here are all the new keys this season and their powers. [Spoiler alert: The following story contains spoilers for Locke & […]

Why The Monkees’ Micky Dolenz Covered 1 Song From The Beatles’ ‘Sgt. Pepper’