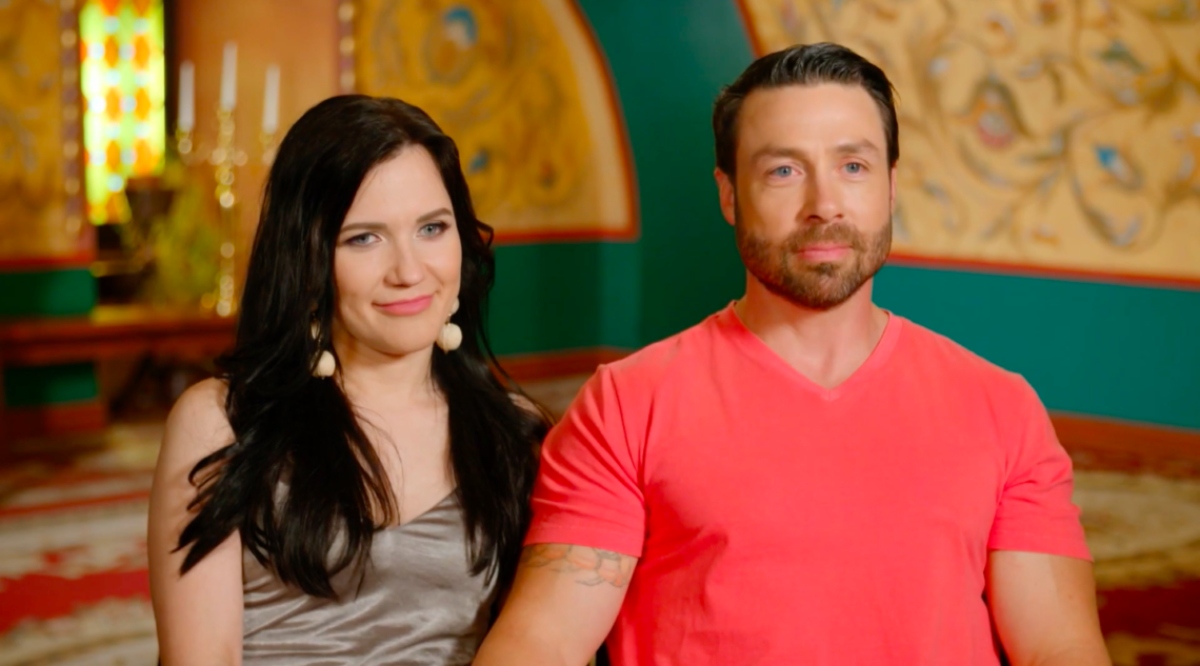 Geoffrey Paschel and Varya Malina on ’90 Day Fiancé: Before the 90 Days’ | TLC

Geoffrey is locked up after being found guilty of domestic violence

On October 7th, Geoffrey was found

Geoffrey Paschel and Varya Malina on ’90 Day Fiancé: Before the 90 Days’ | TLCGeoffrey is locked up after being found guilty of domestic violence

On October 7th, Geoffrey was found guilty on all three charges. The charges include aggravated kidnapping, domestic violence, and interference of an emergency call. The former 90 Day Fiancé cast member is now facing anywhere between 8 to 30 years in prison.

At the trial, Varya was nowhere to be seen. However, his ex-girlfriend Mary, a major part of their 90 Day Fiancé: Before the 90 Days drama, was in tears, sitting behind him in the courtroom. She took his jacket and what appeared to be a wedding ring before the cops put him in handcuffs.

Geoffrey’s ex-girlfriend, Shelby Bart confirms he and Varya are still together

On October 12th, Geoffrey’s ex-girlfriend, Shelby Bart, joined a YouTube live with entertainment blogger YB Entertainment. During the live, user Jenn K, who is confirmed to be Geoffrey’s son’s mother-in-law, joined the chat. She commented on the live stream, “Varya [probably] deactivated he [sic] IG because she saw Mary at the trial. Varya was just in TN [Tennesee] with Geoffrey a few days before the trial.”

Varya Malina and Geoffrey Paschel on ’90 Day Fiancé: Before the 90 Days’ | TLC

Shelby replied, “I think she was still in Tennesee when he was at the trial, during the trial, I believe.” Shelby continued, “I had the same thought. Not that she deactivated her Instagram because she saw Mary, but I had that thought process of wondering if Varya knew that Mary was going to be there. If he told her.” She confirmed, “Yes, Varya and Geoffrey are together. They’ve been together. Let’s end that charade as well.”

More proof that Geoffrey and Varya are together

Shelby said that when Geoffrey posted a photo of him holding hands with someone, she “knew it was Varya’s hand, instantly.” While they were taking that photo, a fan snapped a picture of them, confirming that they were at the Southern Tequila and Taco Festival in Knoxville, Tennessee.

Geoffrey Paschel and Varya Malina on ’90 Day Fiancé: Before the 90 Days’ Season 4 | TLC

She then talked about the strange sympathy post that Natalie Mordovtseva posted on Instagram that further proved that Geoffrey and Varya are together. Shelby explained, “Even the picture that Natalie posted, with Natalie and Geoffrey with his arm around Varya.” She said that Varya must have met Natalie after moving to America because otherwise, the timeline doesn’t check out.

Also, she said that fans pointed out that the restaurant that Natalie posted of her with Varya and Geoffrey is in Pensacola, Florida. As 90 Day Fiancé fans know, Natalie moved to Florida …read more

Tornadoes cause chaos overnight in Oklahoma

Harry Connick Jr. Reveals The ‘Hardest Thing’ He ‘Ever Had to Go Through’

Harry Connick Jr. performs at FOX’s “American Idol” Season 12 Top 4 to 3 Live Elimination in 2013 | FOX Image Collection via Getty Images Connick recently released his new album, Alone with My Faith. He tells Harry Connick Jr. has had a successful entertainment career. He has experienced great triumphs throughout his life and […]