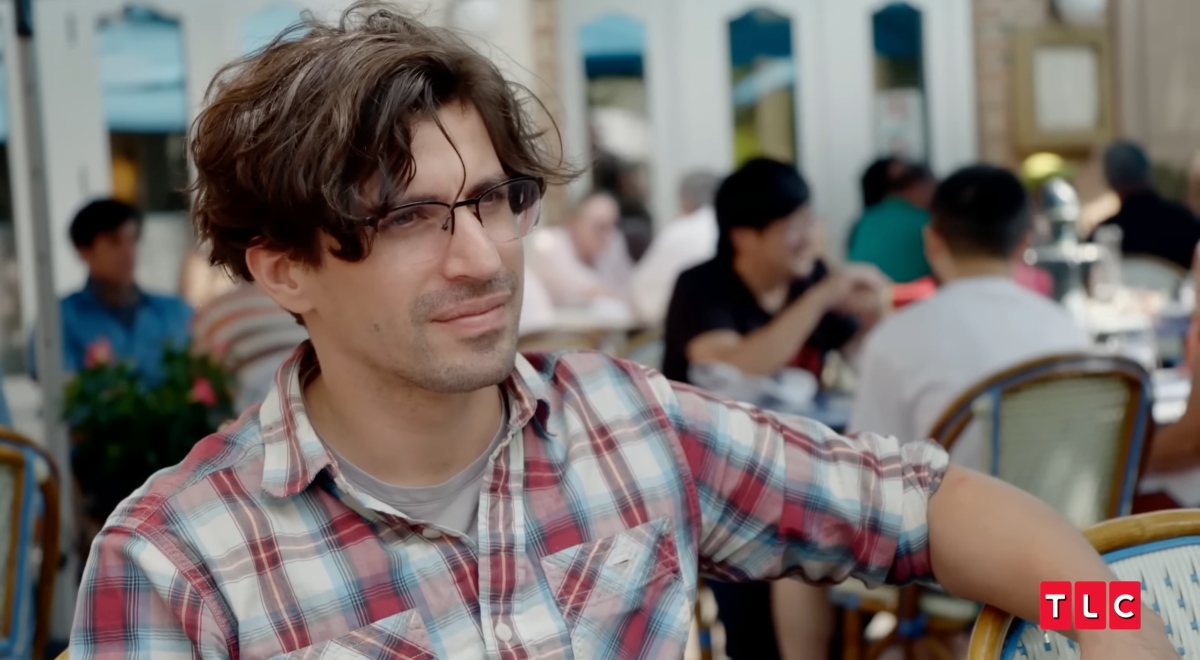 In a 90 Day Fiancé teaser, Ariela’ Ari’ Weinberg meets up with her ex-husband, Leandro Fosque. Her fiancé, Biniyam ‘Bini’ Shibre, feels uncomfortable about how close he is to Ariela. Leandro tells Biniyam that he’s not going anywhere. He tells Bini, “We’re family now.”

As fans recall from 90 Day Fiancé: The Other Way Season 3, Ariela asked Leandro to visit her and Biniyam at their home in Ethiopia. Biniyam didn’t understand why Airiela was “best friends” with Leandro and told him everything about their marriage.

When Leandro came to visit Ethiopia, it was very tense and awkward. Biniyam had to watch Ariela’s ex-husband gift her bras. And things got more complicated when Ariela began discussing the extent of her friendship with Leandro.

It turns out that Ariela had stayed at Leandro’s place in New Jersey when she went back to visit her family. She was pregnant at the time with their son, Avi. The whole situation made Biniyam second guess if Ariela doesn’t still have feelings for her ex-husband.

In a preview clip for the upcoming June 26 episode of 90 Day Fiancé, Biniyam joins Ariela and Leandro at a restaurant in New Jersey. Immediately, Ariela tells Leandro how Biniyam was practicing his MMA fight with a female fighter. Leandro tells Biniyam, “It doesn’t seem that you communicate enough.” Check out the clip below:

Leandro, who was married to Ariela for 10 years, tells Biniyam, “I used to make that mistake. I’m just telling you. I learned it through time with other relationships too.”

Biniyam gets defensive, and Leandro says, “I’m just telling you as an advice [sic].” To the camera, Leandro talks about what he’s noticed with the 90 Day Fiancé couple.

After giving Biniyam advice, Leandro and Ariela discuss coming to the Ethiopian New Year celebration that they’re putting on at her parent’s house. Ariela tells her ex-husband, “So now that you’re here and you happen to come at a time that Ethiopian new year is coming up.”

Biniyam described the celebration as just eating a nice meal with family. Ariela tells Leandro, “I thought it would be really cool for you to come and celebrate it with us.” Leandro tells Bini, “You know, her family is my family. So yes, I’d like to participate.”

However, Biniyam isn’t happy about Ariela inviting her ex-husband to the New Years celebration. He says, “I don’t trust Leandro. He’s too close to Ari.” Whether Biniyam accepts it or not, Ariela isn’t going to let Leandro out of her life, and vice versa. Even Leandro tells Biniyam, …read more

Billionaire Elon Musk has upset many people in his life, from ex-girlfriend Grimes to his own daughter. Now, one of his six children is cutting off all ties with her father, including getting rid of her famous last name. Elon Musk | Win McNamee/Getty Images Elon Musk’s daughter is changing her name In June 2022, […]

Ellen Burstyn Knew ‘The Exorcist’ Director Was Putting Her In Danger

Based on William Peter Blatty’s 1971 novel, The Exorcist is a horror movie released on December 26, 1973. It was directed by William Friedkin, considered by some one of Hollywood’s most demanding directors. This classic, supernatural flick preludes four additional films in The Exorcist franchise, following the demonic possession of 12-year-old Regan MacNeil (Linda Blair). Ellen Burstyn played Chris MacNeil, Regan’s mother, who sought […]