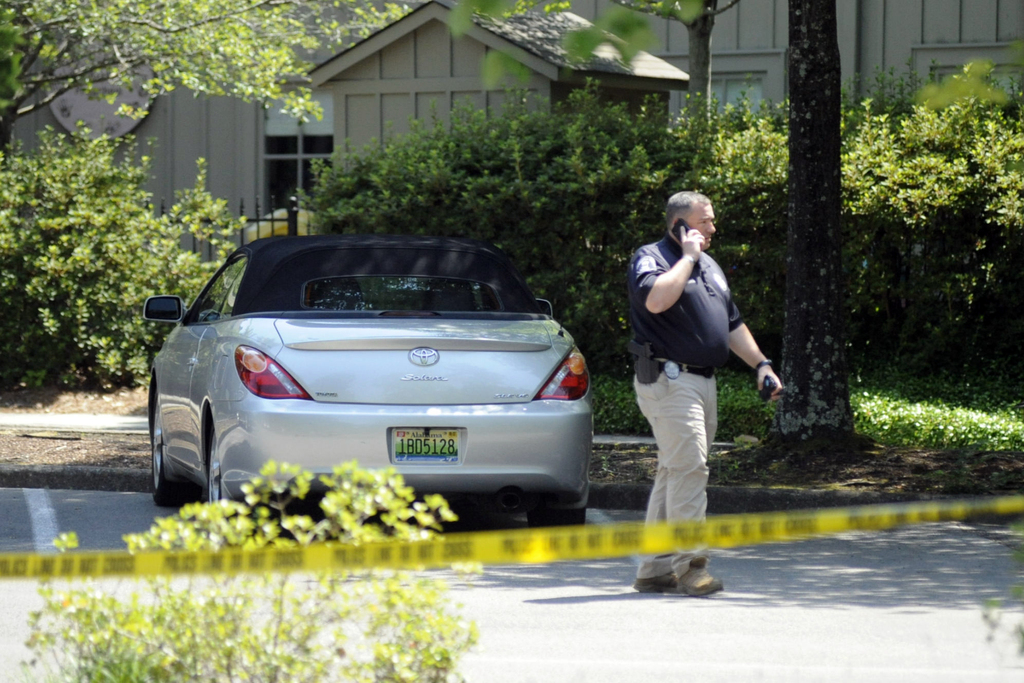 VESTAVIA HILLS, Ala. — A 71-year-old man fatally shot two elderly people and wounded a third with a handgun during a potluck dinner at an Alabama church where he occasionally attended services, police said Friday.

The suspect was subdued and held by an attendee of the event until police arrived Thursday evening, sparing the congregation from further violence at St. Stephen’s Episcopal Church in the Birmingham suburb of Vestavia Hills, police Capt. Shane Ware said.

“It was extremely critical in saving lives,” Ware told a news conference. “The person that subdued the suspect, in my opinion, was a hero.”

Ware did not give a motive for the shootings. He also didn’t identify the suspect, whom police took into custody at the church. He said the man’s name was being withheld until prosecutors formally charge the man with capital murder.

Walter Rainey, 84, of nearby Irondale was killed at the church and Sarah Yeager, 75, of Pelham died after being taken to a hospital. The third victim, an 84-year-old woman, remained hospitalized, Ware said.

He said the suspect and the three victims were all white.

The event was a “Boomers Potluck” gathering inside the church, according to messages posted on the church’s Facebook page by pastor the Rev. John Burruss. He said he was in Greece on a pilgrimage with a group of members and trying to get back to Alabama.

Police are still trying to determine the shooter’s motive, Ware said. He said the suspect had previously attended services at the church.

Vestavia Hills Mayor Ashley Curry told reporters his “close-knit, resilient, loving community” had been rocked by “this senseless act of violence.” The bedroom community is one of the wealthiest cities in Alabama, home to many businesspeople, doctors and lawyers who work in nearby Birmingham. Vestavia Hills is known for top-flight schools and a family-centered, suburban lifestyle. It has nearly 40,000 residents, most of whom are white.

The Rev. Rebecca Bridges, the church’s associate rector, led an online prayer service on the church’s Facebook page Friday morning. She prayed not only for the victims and church members who witnessed the shooting, but also “for the person who perpetrated the shooting.”

Bridges, who is currently in London, alluded to other recent mass shootings as she prayed that elected officials in Washington and Alabama “will see what has happened at St. Stephens and Uvalde and Buffalo and in so many other places and their hearts will be changed, minds will be opened.”

There have been several high-profile shootings in May and June, starting with a racist attack on May 14 that killed 10 Black people at a supermarket in Buffalo, New York. The following week, a gunman massacred 19 children and two adults at an elementary school in Uvalde, Texas.

‘P-Valley’: Diamond Has Been Hiding a Huge Secret

Tyler Lepley as Diamond in ‘P-Valley’ | Starz RELATED:  Starz‘s P-Valley is finally back on the air. Set in the fictional town of Chucalissa, Mississippi the show follows the women who work at the popular strip club, The Pynk. Helmed by the owners, Uncle Clifford (Nicco Annan), and Autumn Night (Elarica Johnson), things look very different at the […]

SAN FRANCISCO — Game 5 of the NBA Finals was such a bizzare showcase of 3-point shooting that Steph Curry did not make any, ending his NBA record streaks that included at least one in 132 career playoff games and 233 overall consecutive games. Curry missed all nine of his 3-point attempts on his home […]

The Chicago Bears kicked off their mandatory minicamp Tuesday at Halas Hall — the final piece to the first offseason for a new regime — and it was another bumpy performance for the offense with cornerback Jaylon Johnson and rookie safety Jaquan Brisker coming away with interceptions. Here are four things we heard and saw. […]