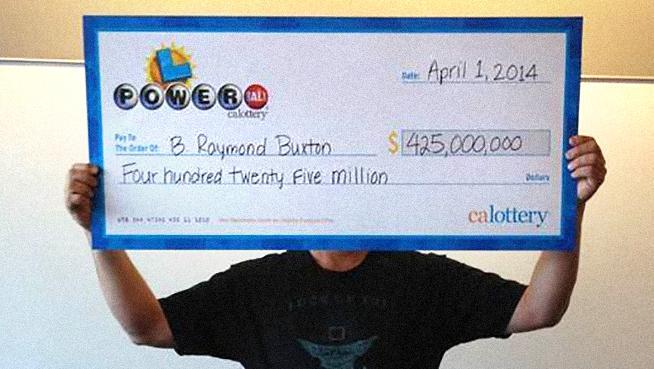 The lack of a Mega Millions winner Tuesday means the jackpot will be at least $750 million on Friday, and the Powerball draw on Wednesday is for an estimated $550 million jackpot.

If you plan to claim one of the fortunes, the California lottery office lays out the details in its “winner’s handbook.” Among them:

You can’t remain anonymous. California makes public the name of the winner and the location where the ticket was bought. Even if you create a trust to claim the prize, your name will be revealed. You are not, however, required to show up for the press conference and the photo with the large check.

If you have a common name and buy your ticket outside your home city, you can get a degree of anonymity. For instance, little is known about Steve Tran, who in 2013 bought a Mega Millions ticket worth $324 million while he was on a work-related visit to San Jose.

Some other states allow winners to conceal their names. All that is known about the winner of the largest single-ticket U.S. jackpot ever — $1.54 billion, in October 2018 — is what she allowed to be revealed: She was taking a “scenic drive” out of town when she bought the ticket in Simpsonville, South Carolina, and she allowed another customer to go ahead of her in the checkout line.

You have up to a year to claim the prize. That’s for the big jackpot; smaller prizes must be claimed in 180 days.

The lottery office advises winners to take some time to prepare for the life-changing event — engaging an attorney, an accountant and a financial adviser, establishing a trust or charitable foundation for tax purposes, and such. But keep in mind that a longer wait means you’ll be missing out on the interest you could be accruing. The abovementioned South Carolina winner waited five months to claim her prize — which, as a lump sum of $877,784,124, would have earned substantial interest even in a savings account.

The California lottery office often publicizes when a deadline is nearing for a big prize with no winner stepping forward. In 2012, it took the unusual step of releasing a video image of a presumed Mega Millions jackpot winner after the winning ticket had been run several times through a check-your-prize scanner. A Fremont couple then stepped forward to claim the $52 million and said they hadn’t realized the ticket was a winner because the scanner said only “see the clerk.”

You’ll get the prize in 30 yearly installments unless you specify otherwise. The figure given for a jackpot is always the annuity amount, and that is the default method of payment. Most winners, however, choose to take the smaller lump sum. The California lottery site lists the “cash amount” of each jackpot. — for instance, a $750 million annuity would be a $550,600,000 lump sum. You have 60 days after your claim is approved to turn in the form requesting the lump sum. If a group is sharing a …read more

By Michael Warrn | CNN Donald Trump may be leaving the White House in a few days, but the umbrella of conspiracy theories he inspired are only just arriving in Washington. The chief theory known as QAnon — that the U.S. government is run by a cabal of Satan-worshipping pedophiles only Trump can expose — […]

MILPITAS — The number of Santa Clara County jail inmates infected with COVID-19 rose by 36 in a single day, nearly doubling the tally of active in-custody cases and capping a sharp spike charted since New Year’s Eve, according to figures from the Santa Clara County Sheriff’s Office. As of Tuesday, an online dashboard maintained […]

Section 230, which says that websites aren’t liable for third-party content, has developed an increasingly bad reputation. In December, President Trump vetoed a critical $740 billion military funding bill because Congress didn’t include a repeal of Section 230. Other Washington, D.C., insiders have criticized Section 230 as facilitating online “censorship” or a “gift” to Big […]