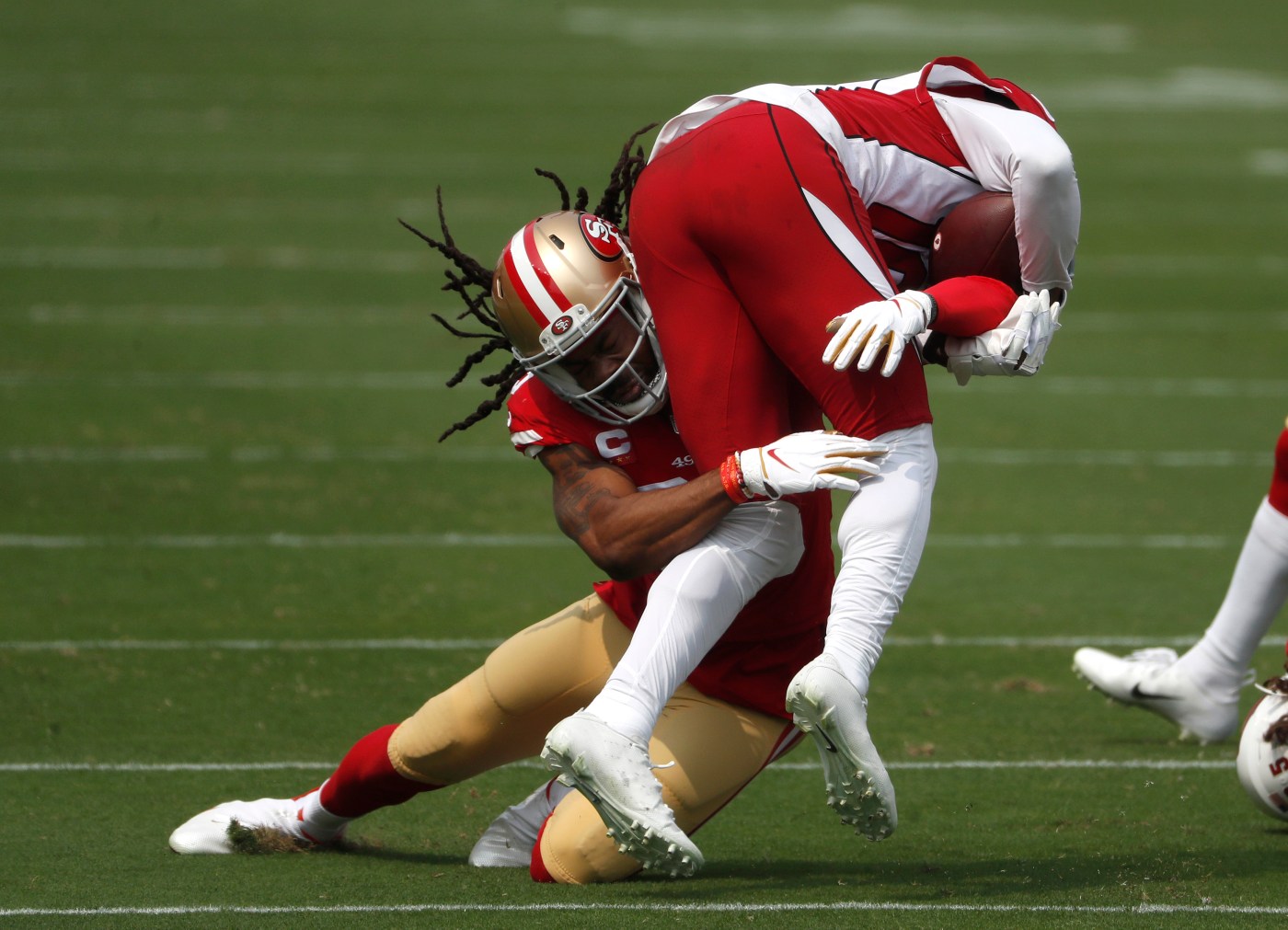 SANTA CLARA — Richard Sherman’s 10th season came to an unexpected pause Wednesday, and the 49ers can only hope their top cornerback is not lost for more than the next three games.

A leg injury is sending Sherman to injured reserve, where he must be out a minimum of three games, the NFL Network reported.

The 49ers did not immediately confirm the report. Coach Kyle Shanahan said Monday he was unaware of any other injuries from Sunday’s season-opening loss other than those to tight end George Kittle (knee) and wide receiver Richie James (hamstring).

For Sunday’s game at the New York Jets, the 49ers likely will move Moseley to left cornerback and start Ahkello Witherspoon on the right flank, with K’Waun Williams as the nickel back. Dontae Johnson is the only healthy reserve on the roster. Jason Verrett (hamstring) was inactive for the opener. Tim Harris is an option on the practice squad.

Sherman overcame Achilles surgery before joining the 49ers in 2017, following seven seasons with the Seattle Seahawks.

He strayed from his normal spot at left cornerback to play at times on the right side. Arizona Cardinals wide receiver DeAndre Hopkins flourished with 14 catches for 151 yards regardless of whether Sherman or fellow starter Emmanuel Moseley was covering him.

Sherman played all but four snaps in the opener.

Smoke from California fires may have killed more than 1,000 people

The heavy smoke from wildfires that choked much of California in recent weeks was more than an inconvenience. It was deadly. And it almost certainly killed more people than the flames from the massive fires themselves, health experts say. Between Aug. 1 and Sept. 10, the historically bad concentrations of wildfire smoke were responsible for […]

With other stars around the National League surging and Mike Yastrzemski’s eye-popping numbers beginning to decline during the final weeks of the season, the Giants outfielder was sliding out of the Most Valuable Player race. All it took for Yastrzemski’s value to come into focus was a mild right calf strain. An untimely injury kept […]

Ask Amy: Here’s the story of a fed-up lady

Dear Amy: My husband and I married 16 years ago. He has two sons and I have a son and daughter. We were not the Brady Bunch, but I truly tried. Columnist Amy Dickinson (Bill Hogan/Chicago Tribune)  My stepsons have been involved in narcotics since they were middle-schoolers. Today they are both near 30, on […]