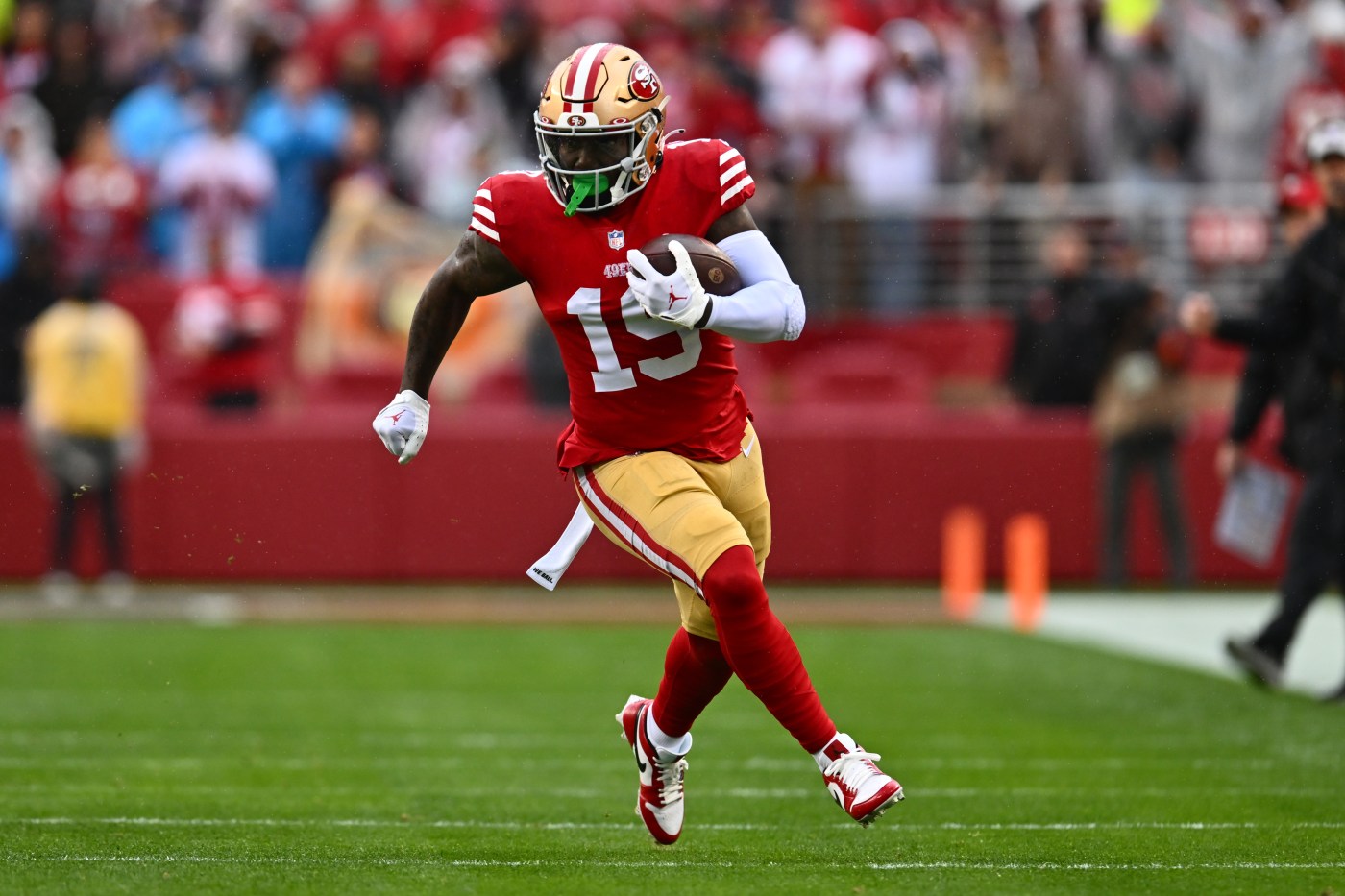 Samuel surfaced on the injury report with an ankle issue that, according to coach Kyle Shanahan, has been hindering the 2021 All-Pro, presumably dating to last month’s sprain against the Tampa Bay Buccaneers.

“It’s kind of sore. Just being cautious and trying to get ready for Sunday,” Samuel said.

McCaffrey sustained a right-calf contusion and Mitchell a groin issue in Sunday’s 19-12 NFC divisional-playoff win over the Dallas Cowboys, a victory that catapulted the 49ers (15-4) into Sunday’s NFC Championship Game at the Philadelphia Eagles (15-3).

McCaffrey missed two practices because of knee and ankle issues before their regular-season finale, and he was limited the following week, but he was off the injury report ahead of last Sunday’s win. He has started every game in their current 12-game win streak. His understudy, Mitchell, has played three games since returning from his second knee sprain this season.

Shanahan said quarterback Jimmy Garoppolo will not resume practicing this week, after undergoing an X-ray on the left foot he fractured Dec. 4. That means Josh Johnson will remain as the backup to Brock Purdy, who’s produced eight wins since replacing Garoppolo.

The only other 49ers listed on the injury report are defensive lineman Charles Omenihu (oblique) and cornerback Ambry Thomas (ankle). Both were to be limited in practice. Omenihu, if healthy, will play Sunday despite being arrested Monday for suspicion of misdemeanor domestic violence, Shanahan said.

A Contra Costa County coroner’s inquest jury has rule that a man who was in custody at the Martinez Detention Facility last summer died by suicide. The man, identified as 54-year-old Kent Hickey, died in the facility on July 26. The inquest jury determined the death was a suicide after hearing testimonies from multiple witnesses, […]

49ers pride themselves on toughness, but can they beat their toughest opponent in months?

SANTA CLARA — We’re about to find out if the 49ers are as tough as the image they project. Their divisional playoff game Sunday against the Dallas Cowboys at Levi’s Stadium will serve as a referendum on whether they’re superior in terms of the hard-bitten persona that has been carefully cultivated by coach Kyle Shanahan […]

Bad Bunny thinks “Puerto Rico is f****** great,” according to his song “El Apagón.” The Grammy-nominated artist even performed a free concert there — on top of a Gulf gas station. Here’s what we know about this Coachella headliner and his hometown.  Where is Bad Bunny from? Bad Bunny performing during his second concert at […]