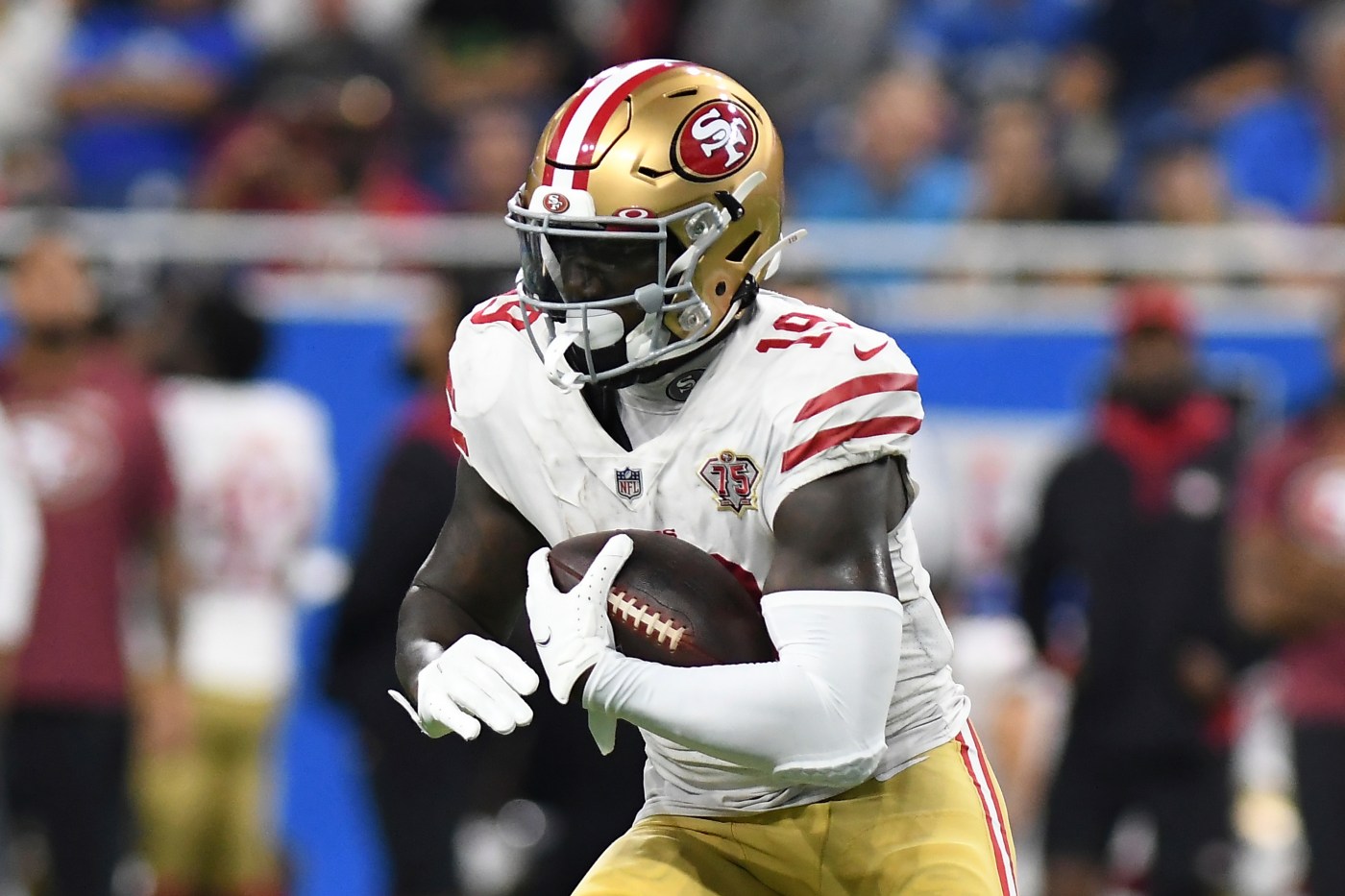 It symbolically depicts how different Samuel and Aiyuk have opened this 49ers’ season.

Samuel had 189 yards and one touchdown in Sunday’s season-opening win at Detroit, and that doesn’t even do justice to how far he’s matured into such an offensive leader.

“His leadership has come a long way,” quarterback Jimmy Garoppolo said before Wednesday’s practice at The Greenbrier Resort. “Just the way he leads that group, in one-on-ones, he’s the first one up to go, usually. He’s ready to roll and set the tone for those guys.

“I give him a lot of credit for that. I don’t think it came naturally for him, especially as a rookie (in 2019), when you learn as you go. He’s really embraced that role this year and it’s really helped us out.”

Aiyuk, meanwhile, has gone from 2020 rookie phenom into a job-sharing role with newcomer Trent Sherfield. Aiyuk may have more to gain than anyone in these practices at The Greenbrier, nestled in the West Virginia mountains.

How did Aiyuk fall out of favor? In a word: Inconsistency, from his limited availability with a hamstring injury at the end of camp to other factors such as drops and on-field crispness in routes.

“I know this all seems we’re punishing Aiyuk because Trent got even reps with him or we rotated those guys,” Shanahan said. “I’m not going to sit here and say he’s got to do, ‘A-B-C’ to get back out there.”

Aiyuk was not targeted against the Lions as he played 26 snaps to Sherfield’s 27. Although he’s last in line in one warmup drill, he’s higher in the pecking order in others.

Aiyuk has not been made available for comment since training camp; NFL locker rooms are closed to the media because of COVID protocol, and player access is granted (or not) through the 49ers’ communications staff.

Added Shanahan: “I’m happy with Aiyuk. It’s nothing against Aiyuk. I’m just also happy with Trent, too. I think both of them can continue to get better.”

Samuel’s ascention is noticeable beyond the stat sheet. In Wednesday’s practice, for example, he and tight end George Kittle catch passes in quarterback warmups; Samuel took the spot formerly held by Raheem Mostert, a team captain who’s opted for season-ending knee surgery. A few minutes after quarterback warmups, Samuel was leading all the receivers’ through position warmups.

“On the field, Deebo’s been a dog, been a player for us since he got here as a rookie. Not too much has changed in that aspect,” Garoppolo said.

Shanahan summed up the 49ers’ annual attrition at running back like this: …read more

Dear Abby: I can’t believe my ex embarrassed our teenage daughter this way

TV tonight: Networks look back, and reflect, on 9/11

TV and streaming picks for Friday, Sept. 10 WATCH THIS: “9/11: The Legacy” (7 p.m., History Channel): This hourlong program focuses on the children, now adults, whose lives were impacted by the events of 9/11. Producers promise accounts with “raw, emotional and harrowing” details. Among those profiled: Twin brothers who started a charitable company in […]