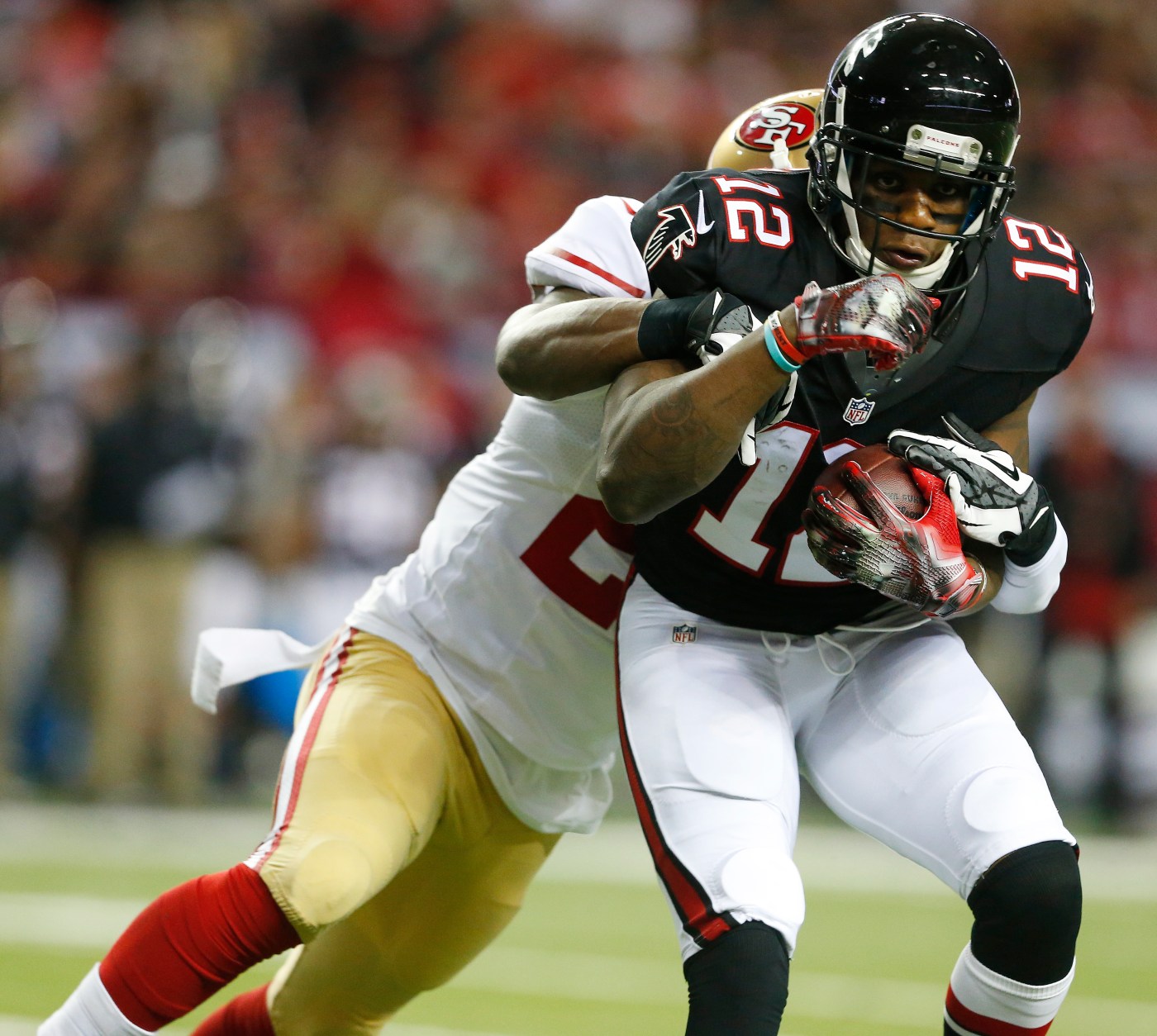 SANTA CLARA — Mohamed Sanu is the 49ers’ newest wide receiver, rushing to rescue an injury-laden unit that was unproductive in Sunday’s season-opening loss.

Once Sanu passes COVID-19 tests and joins the defending NFC champions, he will bring a veteran presence. Through eight seasons, he’s totaled 92 starts in stints with the Cincinnati Bengals, the Atlanta Falcons and the New England Patriots.

The 49ers were among Sanu’s suitors before he was dealt to the Patriots last October for a second-round pick, and the 49ers traded instead for Emmanuel Sanders, who provided an immediate upgrade in their Super Bowl run. Sanu was released by the Patriots two weeks ago.

“I have a lot of respect for Mo. But ultimately, things just didn’t work out,” Patriots coach Bill Belichick said then.

Sanu (6-foot-2, 215 pounds) reunites with coach Kyle Shanahan, having played in his offensive system when the 2016 Atlanta Falcons reached the Super Bowl. The 49ers did not immediately confirm his deal.

Sanu is six months removed from ankle surgery, and that makes him healthier than several 49ers receivers, including Deebo Samuel (injured reserve through at least Week 3) and Richie James Jr. (hamstring injury Sunday). Brandon Aiyuk, a first-round draft pick, was inactive in Sunday’s 24-20 loss because of an Aug. 23 hamstring injury but is expected to make his debut Sunday when the 49ers visit the New York Jets.

“We’ll see how these injuries go, but I love Sanu,” Shanahan said Monday. “He’s a hell of a player, so him being out there is always a possibility.

“We’ll look into everything that we have, though. We’ve got to know our numbers are going to be up this week, which we don’t have that settled yet, but I wouldn’t rule that out at all. He’s available and he’s definitely a guy I really respect and I think everyone in this league respects.”

Sanu has 403 career receptions, including 26 for touchdowns. He’s also rushed for two touchdowns and passed for four. An ankle injury last season limited his Patriots productivity to 26 passes for 207 yards and one touchdown  in the regular season. He had just an 11-yard catch as the Patriots lost their playoff opener.

In Sunday’s 49ers loss to the Cardinals, Kendrick Bourne (two catches) and Dante Pettis (none) started while Trent Taylor and Richie James served as the backups.

(CNN) — The Academy of Country Music Awards aired live Wednesday night, bringing together the biggest names in country music. Keith Urban hosted the event from the Grand Ole Opry House to an empty house amid the Covid-19 pandemic, but the show was spirited. Among the performers were Taylor Swift, Carrie Underwood, Luke Bryan, Eric […]

What’s next with the Supreme Court vacancy?

By Mary Clare Jalonick and Lisa Mascaro | Associated Press WASHINGTON — The death of Supreme Court Justice Ruth Bader Ginsburg is putting the Senate in uncharted political terrain. There’s no recent precedent for a confirmation vote so close to a presidential election. President Donald Trump on Saturday urged the Republican-run Senate to consider “without […]

Ron DeSantis’ proposal: No liability for driver who runs over ‘mob’

TALLAHASSEE, Fla. (AP) — The state of Florida is going to get tough on people who engage in violence during protests, Florida’s Republican governor said Monday in announcing new legislation. Gov. Ron DeSantis said his proposed legislation will impose felony-level penalties on anyone at a gathering of seven or more people where property damage or […]