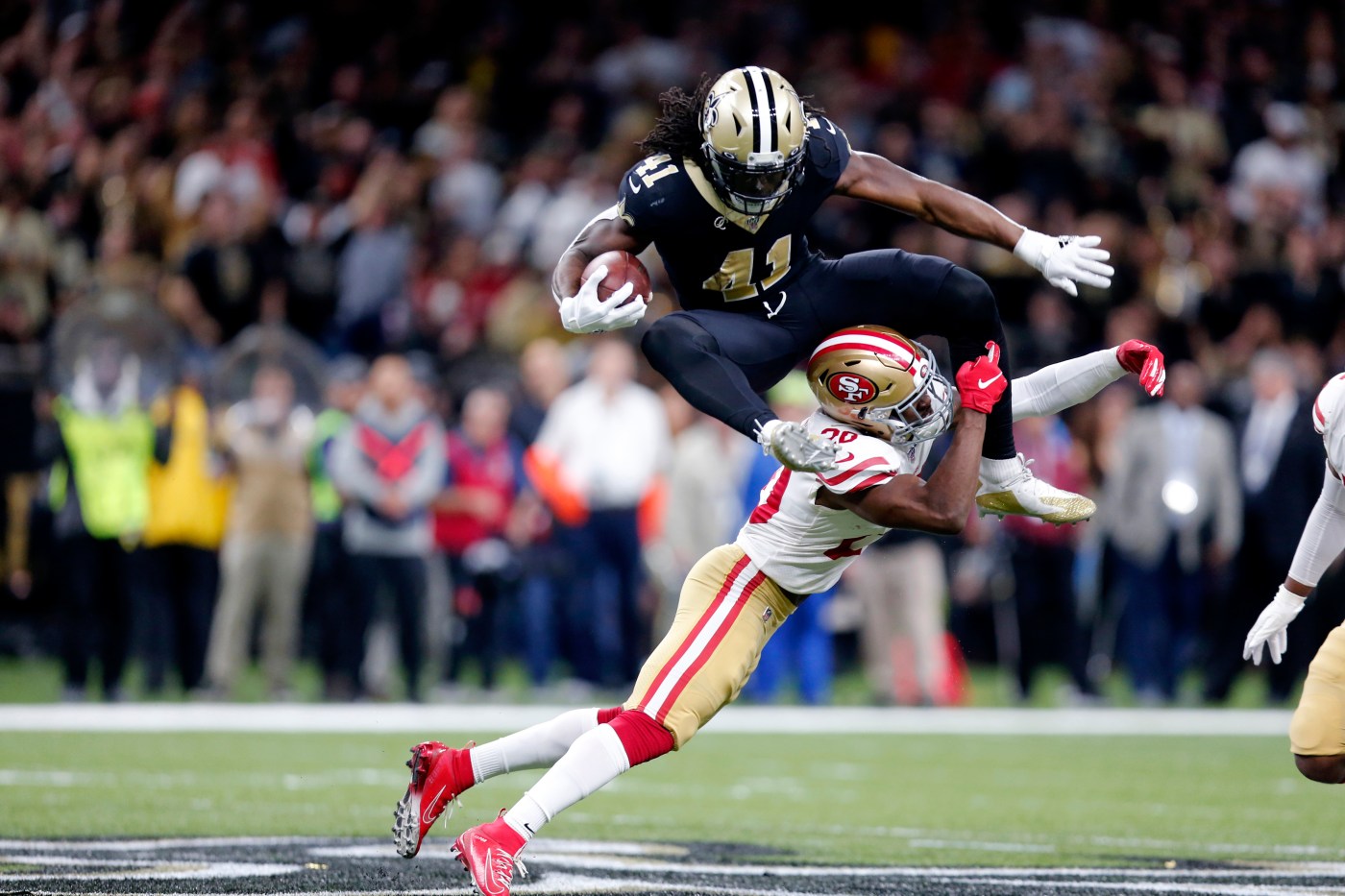 “I still know we’ve got a chance to at least get in that tournament at the end of the year,” Shanahan said after a 37-14 defeat to the Green Bay Packers.

Playoffs?! Technically, the 49ers indeed still have a NFC title to defend, even if they’re just 4-5 and limping Sunday into New Orleans on Sunday in a do-or-yep-they’re-dead game.

Right tackle Mike McGlinchey has his coach’s back.

“Everyone wants to say the Niners have dealt with all this kind of crap all year,” McGlinchey said Wednesday, “but we’re still in position to make a run here.”

Such positive proclamations are expected from leaders. Fans, however, are increasingly skeptical. They’re fed up with the injuries, the losses, the poor play and the hype (ahem, guilty!) for what was once billed as a Super Bowl revenge tour.

Opponents are the ones avenging last year’s losses to the 49ers. Hammered the past two games by the Seattle Seahawks and Green Bay Packers, the 49ers now face the NFC-leading Saints (6-2).

Lose, and that three-game skid will define the 49ers’ plummet from contention.

Win, and all that playoff hope is reignited, what with the field being expanded to at least three wild cards and possibly four if the COVID-19 pandemic cancels enough games.

Here are three matchups the 49ers must win to, well, win in the Superdome:

Each week, we’re expecting Warner to rescue a defense that long ago kissed goodbye to its pass rush, when Nick Bosa and Dee Ford vanished in mid-September and Arik Armstead (1 1/2 sacks) couldn’t pick up their slack.

Warner and the run defense have not allowed a 100-yard rusher this season. True, opponents are instead thriving by completing passes deep and along the boundaries to their receivers. But Warner is having a breakout season.

He earned midseason All-Pro honors from Pro Football Focus. So did the Saints’ Alvin Kamara, who helps the Saints’ offense create every challenge imaginable. He is their leading rusher and receiver, because of, as Warner said, “his balance, his footwork. They use him in all different ways. That’s what separates  him from a lot of guys in the league. That’s what makes him so dynamic.”

Kamara had only 25 rushing yards (13 carries) and 18 receiving yards (four catches) as the Saints went elsewhere in last year’s shootout, a 48-46 thriller the 49ers won in New Orleans. Repeating that is vital, to simply take away New Orleans’ best offensive threat.

Michael Thomas is still searching for his first 100-yard game this season for the Saints – he was inactive six straight before returning in last Sunday’s rout of Tampa Bay.

SAN JOSE — A development team with a global and a local reach have filed proposals for at least three large projects that would help spur a dramatic transformation of key sections of downtown San Jose. New offices, retail, restaurants, and housing would be added to downtown San Jose — along with a revamp of […]

A Solano County Superior Court judge on Wednesday set a preliminary hearing date for two Vacaville brothers charged in connection with the April 2019 death of a 50-year-old woman in what Vacaville police investigators say was a case of domestic violence. Marcus James Smith, 43, and his brother, Kevin Michael Smith, 27, were scheduled to […]

Hanson: Will Donald Trump ride off into the sunset?

I once wrote that whenever Donald Trump exits office, he will likely leave as a “tragic hero.” Over two millennia ago, the Athenian tragedian Sophocles first described the archetype in his portraits of an angry and old but still fearsome Ajax, and heroic but stubborn and self-fixated Antigone. In the iconic John Ford Western “The Searchers” and in a […]