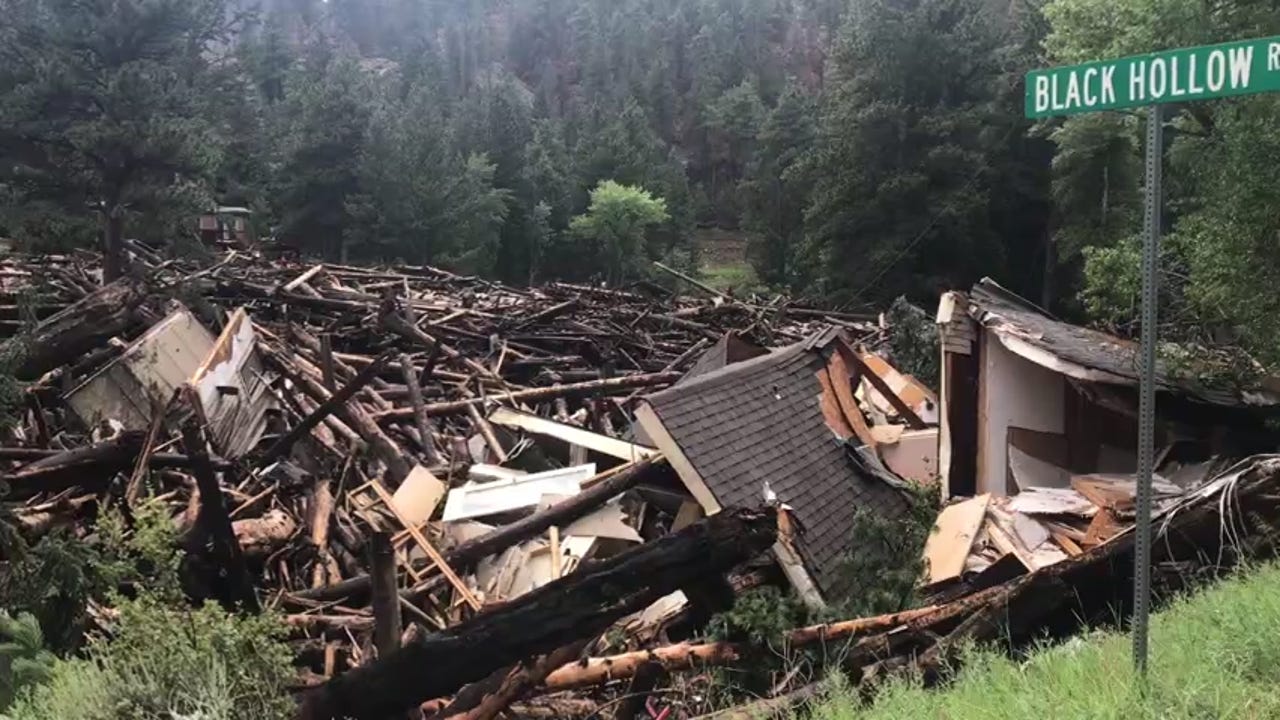 Four months after a woman went missing when a flash flood hit her family’s Colorado cabin, a hiker discovered her body.

Diana Brown, 57, of San Antonio, Texas, had been vacationing with family members when floodwaters swept through Poudre Canyon on July 20.

The bodies of three of the family members were recovered several days later. The initial search for Brown was called off on July 28, and a daylong search in September also proved unsuccessful, the Larimer County sheriff’s office said.

On Saturday, Nov. 20, a woman who was hiking on a road along the Cache La Poudre River found what appeared to be human remains and called the sheriff’s office.

Deputies and coroner’s investigators recovered the remains, which were later determined to be those of Diana Brown. A report from the coroner’s office ruled the cause of death as asphyxia by drowning.

The body was about 4 miles downstream from Black Hollow Road, the short lane that crossed the river and allowed access to the cabin where Brown and her family were staying.

The others killed in the flood were Diana’s husband, David Brown, 61; his sister, Patricia Brown, 59, from Madison, Wisconsin; and their father, Richard Brown, 85, who owned the cabin where they were staying.

David and Diana Brown, who were active in the theater community in San Antonio, are survived by an adult son, Colorado — named because of the couple’s affection for the site where the family gathered every July.

The flood and debris flow destroyed at least five homes in the canyon northwest of Fort Collins.

The rush of water swept through the canyon after heavy rain on the burn scar of the huge 2020 Cameron Park fire, where no vegetation was left to anchor the soil.

Brian Laundrie’s cause of death revealed

Collins: Chris Cuomo has a funny idea about what doing his job means

Welcome to Cuomo-free America. Well, at least temporarily. We’ve been working up to this for a while. Andrew Cuomo was, of course, compelled to resign the governorship of New York in August, approximately one second ahead of likely impeachment for what we can perhaps describe as verbal harassment and pathological grabbiness. Now Chris Cuomo has […]

Take boxed brownie mix to another level with one of Food Network chef Giada De Laurentiis‘ irresistible brownie recipes. Try one swirled with luscious almond butter or another with an espresso jolt. There’s no reason to settle for a plain brownie with the celebrity chef’s delicious variety to choose from. For these recipes, you can […]

Think efficiently — your new home does

There’s no escaping energy-efficient and water-saving features in California new-home construction. Not that anyone would want to escape it. But it’s a good idea to familiarize yourself with the workings of more efficient construction. Various features, appliances and other gadgets can lower your utility bills and increase your quality of life the minute you move […]