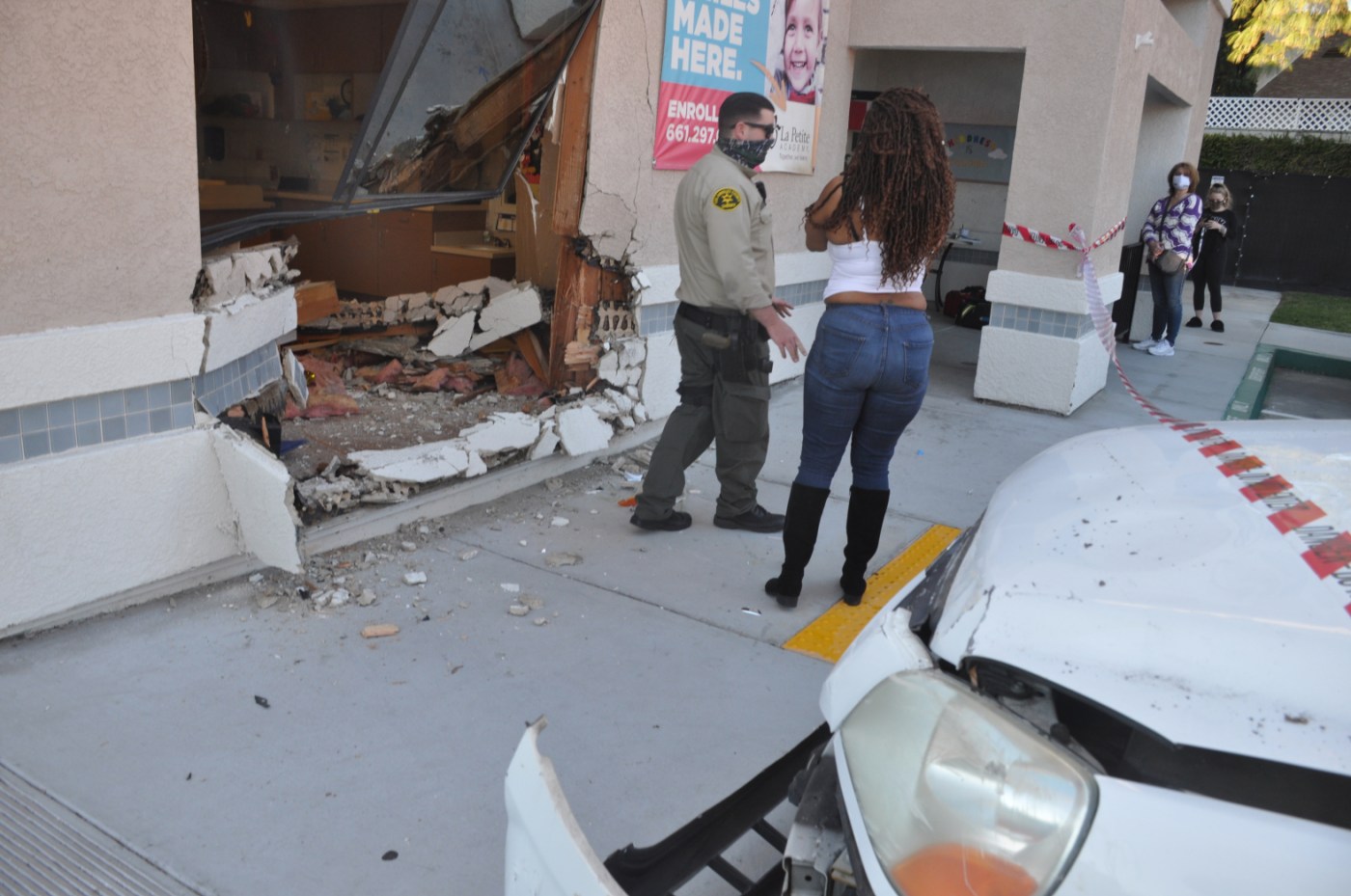 SANTA CLARITA  — A car accidentally drove through a wall and into the classroom of a daycare facility north of Los Angeles on Monday and three children were taken to a hospital for evaluation although no major injuries were reported, authorities said.

Paramedics were called shortly after 4:30 p.m. to La Petite Academy in the Saugus area of Santa Clarita, authorities said.

TV helicopter footage showed the damaged car and a hole in a window area of the one-story building, located 30 miles (48 kilometers) north of downtown Los Angeles.

A statement from the academy said a “school family member’s vehicle” struck the building and drove into a classroom.

Three children and a staff member were in the classroom, the statement said.

The children, all under the age of 4, were airlifted to a hospital for evaluation as a precaution without serious injuries, authorities said.

“When it went through, it landed on her. They found her underneath the bookshelf” but she was left with only a minor scratch, Steve Adler said of his 2-year-old daughter.

He held her as he talked to reporters Monday night.

“You got to ride in a helicopter, right, sweetie? She was singing the whole time,” he said.

Another person, believed to be the driver, was taken to the hospital with minor injuries, KCBS-TV reported.

Dr. Adler said daycare staff told her that the driver was a grandmother who had come to pick up some children.

The school was evacuated and temporarily closed.

The cause of the crash is under investigation.

La Petite Academy is a national chain that offers daycare, pre-school and kindergarten.

(CNN) — Two COVID-19 outbreaks have been linked to maskless exercise classes at gyms in Chicago and Honolulu, according to new reports from the Centers for Disease Control and Prevention. In the Chicago report, 60% of the 81 people who attended in-person fitness classes at one facility between August 24 and September 1 tested positive […]

Think the weight of sitting out back-to-back seasons with a devastating injury has gotten in the way of the Warriors’ Klay Thompson living his best life? Think again. Even though he’s been busy working on healing his Achilles tendon, Thompson’s social life has needed no such rehabilitation. Warriors assistant coach Mike Brown can vouch for […]

A longstanding legal dispute between Contra Costa County and a fire district union has concluded, entitling some employees to a major payday that includes raises, benefits and back pay. About a dozen battalion chiefs represented by the United Chief Officers Association had alleged in the late 2000s that they were unfairly denied raises and benefits […]