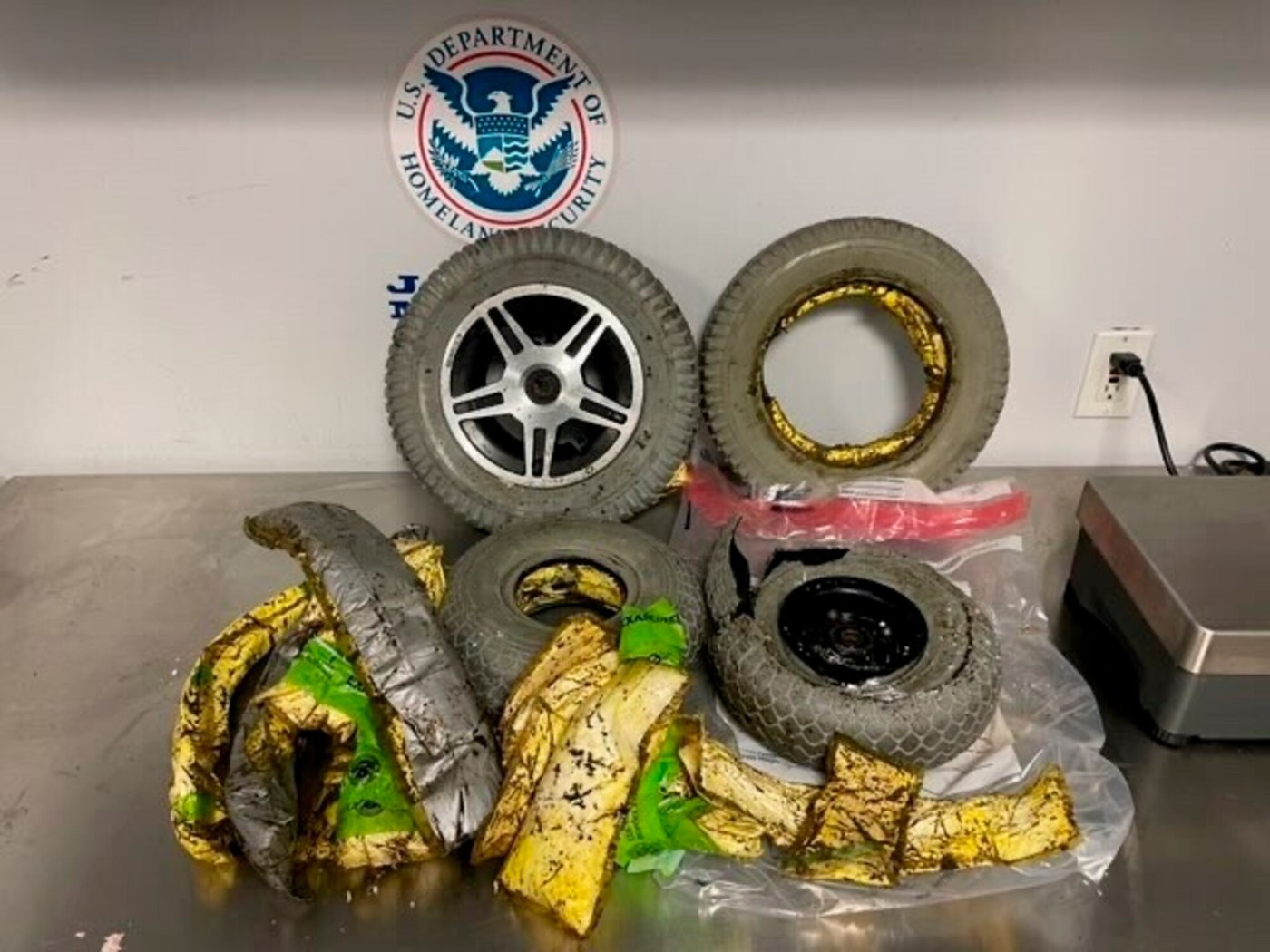 By WABC via CNN

NEW YORK (WABC) — Approximately 28 lbs. of cocaine was seized by Customs and Border Patrol officers on Thursday at John F. Kennedy Airport after they found it hidden in the wheels of a passenger’s wheelchair.

The agency says officers noticed that the wheels on a woman’s wheelchair were not turning.

As they interviewed her, they x-rayed the wheelchair and noticed that something was off inside the wheels.

A sample revealed a white powder that tested positive for cocaine.

The passenger, Emelinda Paulino De Rivas of the Dominican Republic, was arrested for the importation of a controlled substance and was turned over to Homeland Security Investigations.

Could Cheryl Burke Finally Become a ‘DWTS’ Judge Now That Len Goodman Has Announced His Retirement?

Cheryl Burke | ABC/Nathan Martin Cheryl Burke joined the cast of ‘Dancing with the Stars’ in 2006 Burke joined the series in 2006 as a pro dancer. She won a mirrorball trophy during the series’ second season alongside 98 Degrees singer Drew Lachey. The following season, she claimed back-to-back victories with NFL star Emmett Smith. Burke has […]

How Many Episodes of ‘The Santa Clauses’ Will There Be?

‘Tis the season for holiday content on Disney+, and The Santa Clauses has dropped its first two episodes on the platform. An extension of The Santa Clause movies, the new series brings viewers back to the North Pole — this time, in the hopes of finding a replacement for Tim Allen’s Santa. The initial chapters […]