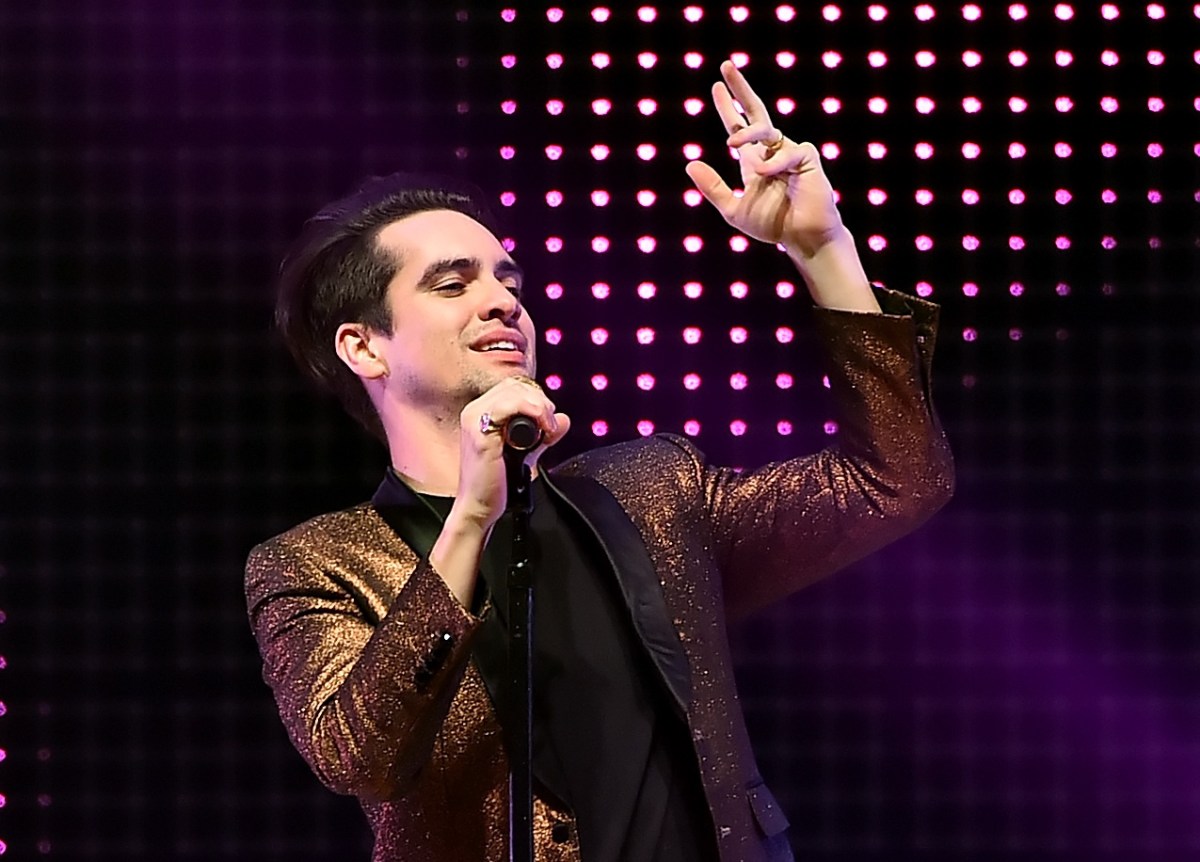 Brendon Urie of Panic! at the Disco | Kevin Winter/Getty Images for CBS Radio

Panic! at the Disco will premiere the new song from ‘Viva Las Vengeance’ at the MTV VMAs

MTV has given the world some of the most iconic moments in music history. During the upcoming MTV VMAs, Panic! at the Disco will perform a new single. In addition, several other iconic acts will take the stage.

Brendon Urie of Panic! at the Disco | Kevin Winter/Getty Images for CBS Radio

Panic! at the Disco will premiere the new song from ‘Viva Las Vengeance’ at the MTV VMAs

According to Variety, the 2022 VMAs will be broadcast live on Sunday, August 28th at 8 PM ET/PT from New Jersey’s Prudential Center. The first round of acts set to perform include Panic! at the Disco, J Balvin, Marshmello x Khalid, and Anitta. Other artists will announce their involvement in the ceremony in the next few weeks.

Panic! at the Disco will take the stage to premiere the new single “Middle of a Breakup.” The track will appear on the forthcoming LP Viva Las Vengeance. This will be the first time Panic! at the Disco performs at the VMAs since 2018.

RELATED: Why Some Fans Think Panic! at the Disco Singer Brendon Urie Is ‘Problematic’

The other acts who will perform at the MTV VMAs

The same evening, J Balvin will perform his song “Nivel de Perreo” for the first time on television. Meanwhile, Marshmello and Khalid are set will take the stage for their collaboration “Numb.”

Anitta is scheduled to sing her track “Envolver.” She is nominated for the MTV Video Music Award for Best Latin, making her the first Brazilian artist to receive that honor.

RELATED: How MTV Helped Madonna Score a Hit by Banning a Controversial Video

How Panic! at the Disco’s songs and albums performed on the charts in the United States

So far, 15 Panic! at the Disco songs have charted on the Billboard Hot 100. Those songs are “Hallelujah,” “This Is Gospel,” “Miss Jackson,” “The Ballad of Mona Lisa,” a cover of Queen’s “Bohemian Rhapsody,” “Death of a Bachelor,” “Into the Unknown,” “Say Amen (Saturday Night),” “Emperor’s New Clothes,” “Victorious,” “The Only Difference Between Martyrdom and Suicide Is Press Coverage,” “Nine in the Afternoon,” “Hey Look Ma, I Made It,” “I Write Sins Not Tragedies,” and “High Hopes.”

Only “Hey Look Ma, I Made It,” “I Write Sins Not Tragedies,” and “High Hopes” reached the top 20. In addition, Panic at the Disco’s Brendon Urie collaborated with Taylor Swift on the song “Me!” The track peaked at No. 2 on the Billboard Hot 100.

Shame on us. All of us. Or, at least, most of us. Shame on us for always declaring Michael Jordan to be the NBA’s G.O.A.T. — Greatest Of All Time. Shame on us for also including LeBron James in the G.O.A.T. conversation or Magic Johnson or Kareem Abdul-Jabbar or Kobe Bryant. But never Bill Russell. […]

When California voters passed Proposition 13, the state’s iconic property tax limit, in 1978, it was merely the opening salvo of a decades-long political war over curbing the ability of state and local governments to impose taxes. The latest of many battles over tax limits occurred just two years ago, when voters rejected an effort to […]