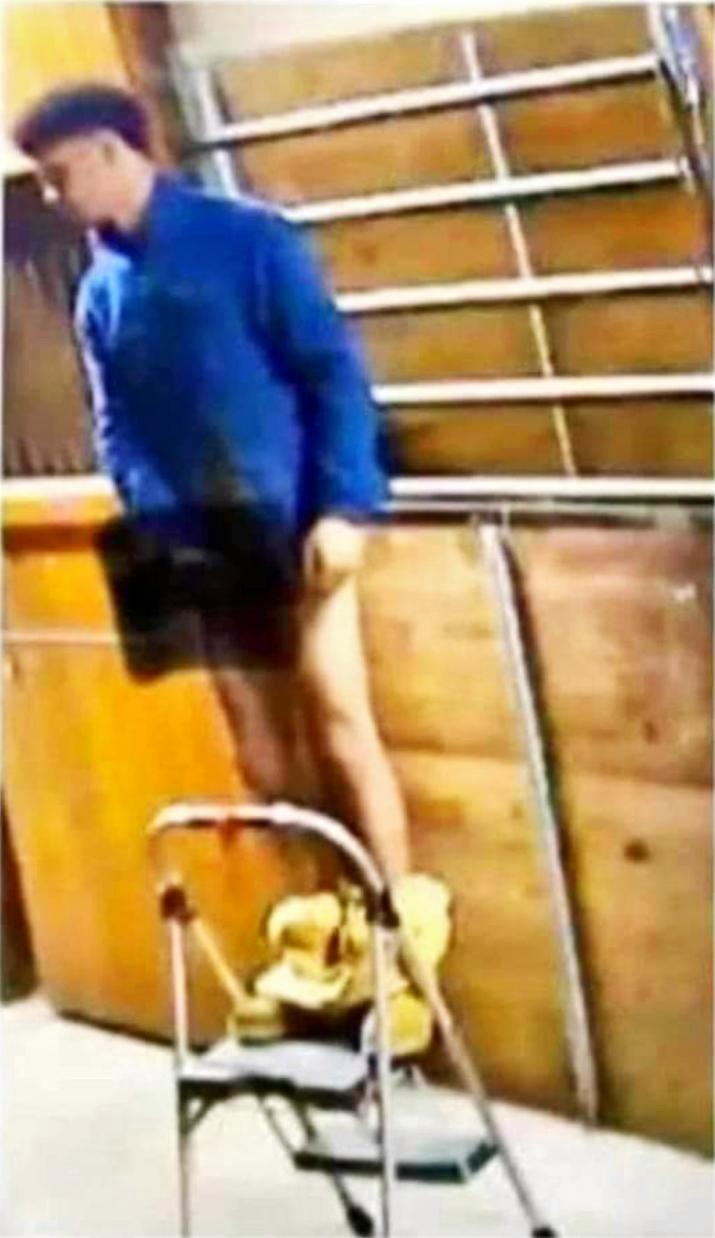 Police arrested a Boston teen Tuesday for allegedly breaking into a Norfolk farm and sexually assaulting a horse — and it was all caught on camera.

Jackson Z. Kelley, a 19-year-old who lives in Allston, turned himself into authorities Tuesday morning. Police have charged him with sexual contact with an animal, breaking and entering, and cruelty to animals.

He turned himself in with his attorney present. In a statement, police say they received “many calls providing information which eventually led to the identification of Kelley as the suspect.”

Kelley allegedly broke into the Turner Hill Equestrian Center in Norfolk before dawn on July 15. Surveillance camera footage showed he demonstrated a familiarity with horses, haltering and cross-tying the mare he violated.

A surveillance system alerted stables owner Hillary Swarr, who told the Herald the act was caught on camera despite the assailant’s attempt to unplug another camera.

A rape kit showed the horse was healthy and uninjured, but the encounter left Swarr shaken.

“I look at this person as a sexual predator. It’s a threat to a very small community where a lot of people feel extremely violated and rightfully so,” Swarr told the Herald.

Norfolk Detective Samuel Webb led the investigation that resulted in the swift arrest. Kelley was arraigned in Wrentham District Court and has a dangerousness hearing scheduled for Friday, according to the spokesperson for the Norfolk District Attorney.

Alexi Cohan contributed to this report.

Southern California would be back in purple, red tiers if old color-coded system still existed

California has come a long way in the battle against COVID-19. But maybe not as far as many think. Case rates have risen enough in recent weeks that if the state’s old four-color tier system were still in place, Los Angeles County could have just moved into the most restrictive purple tier, where Southern California […]

Blow: As the American press weakens, so does democracy

I came to The New York Times in 1992, 29 years ago this summer, as the first intern in its graphics department. I arrived in Manhattan, a little Black boy from a hick town in Louisiana, and it blew my mind. In those first months I saw how one of the best newsrooms in the […]

Milpitas community briefs for the week of July 30

Hidden Lake improvements Cosmetic improvements to Hidden Lake Park are expected to be complete by the beginning of August. The work includes replacing all park signage; planting new trees, flowers and native vegetation; and repairing and/or cleaning of park fences. The park is located at North Milpitas Boulevard and Escuela Parkway. Volunteer in open spaces […]