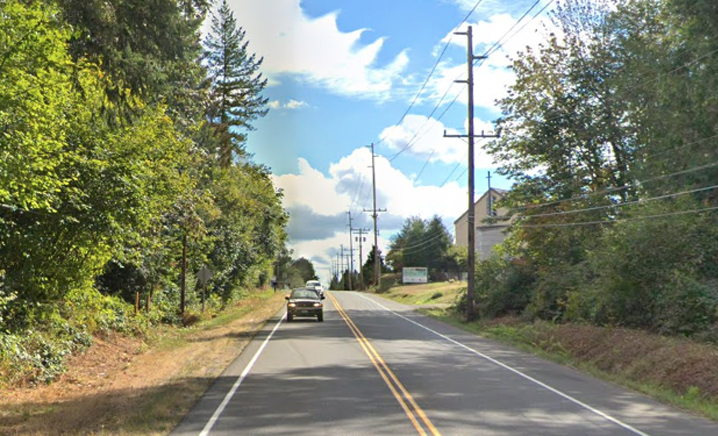 MAPLE VALLEY, Wash. (AP) — A 15-year-old driver decided to “scare” a jogger running along a rural road — and then fled after fatally striking him with her car, prosecutors say.

The girl was charged Tuesday with second-degree felony murder and felony hit-and-run. She turned herself in last week, almost two months after the death of 53-year-old Greg Moore.

According to the charging papers, the girl, from SeaTac, was driving a relative’s Toyota Camry without permission around 6:30 a.m. on Sunday, July 18. When she saw Moore on his early morning run, she deliberately veered toward him, the account says.

She and her 14-year-old passenger later laughed about the way the man “flew over the car,” say the criminal charges, the Seattle Times reported.

Moore was reported missing by his wife that morning when he failed to return from a 15-mile run.

Just before 11 a.m., a woman called 911 and said she had found a man dead in a ditch in front of a church about 2½  miles from the Moores’ home, in unincorporated King County at the east edge of the Seattle metro area.

He had been knocked out of his shoes and suffered injuries including a skull fracture. There were pieces of a headlight lens cover nearby, the charges say.

After images of the Camry were released, a woman came forward on Sept. 7 to say she thought it might be her car, which a 15-year-old relative had returned with front-end damage. The teen reportedly said someone had hit the car with a baseball bat.

Two days later, the girl’s father brought her to the sheriff’s SeaTac precinct office, where she was arrested.

The Camry’s passenger reportedly confirmed to detectives that the girl had hit the jogger — as did the Ford Escape’s 15-year-old driver, who was a friend of the pair. According to the court documents, they said she had intended to “bump” him, “but not too hard.”

The girl was being held at the Children and Family Justice Center in Seattle.

Though Moore’s widow has called for her to be charged as an adult, a spokesperson said the prosecutor is not seeking to have the case moved out of juvenile court.

On Tuesday — the 30th anniversary of the Moores’ wedding — Michelle Moore told TV station KING: “I would argue that the brutality of her crime and blatant disregard for human life warrants her being tried as an adult.”

Driver dead after Highway 4 crash in Antioch is identified

‘Cast Away’: What Island Was the Tom Hanks Movie Filmed On?

Tom Hanks in ‘Cast Away’ | 20th Century-Fox/Getty Images There is ‘Cast Away’ rumored alternate ending Viewers remember what happens between Chuck and his almost-fiancee, Kelly (Helen Hunt). After Chuck finds a way to sail offshore, a ship rescues him from the water. FedEx rejoices, and Kelly faints when she finds out Chuck survived. After […]

Enhancing Veteran-Owned Businesses: Andrew Ochoa Is Using His Expertise for the Better

Sponsored Content It is estimated that approximately 10% of small businesses in the US are owned by veterans, employing almost 6 million laborers and generating over $1.2 trillion in sales. It is believed that the many skills and experiences members of the military gain while serving in the army are the reason behind their success […]

In the Marvel Comics universe, there is no shortage of spectacular characters. From gods to sorcerers and super-geniuses, there are some big personalities. And some of those characters are kids. Like their adult counterparts, the famous kids of the Marvel universe tend to have some pretty impressive abilities. Let’s take a look at a few […]