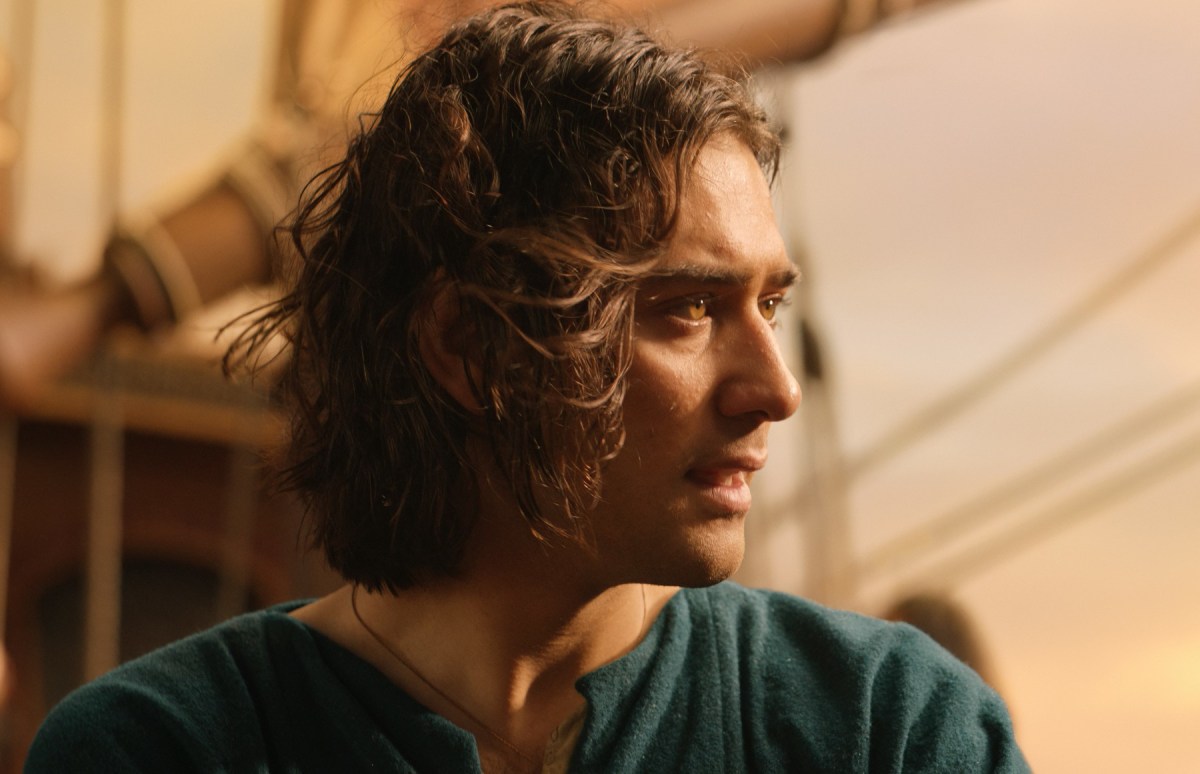 The Rings of Power Episode 5 subtly teases Isildur’s fate with one line of dialogue.Isildur’s actions throughout the Prime Video series will impact Middle-earth’s Third Age.The Rings of Power has foreshadowed the character’s fate since introducing him.

The Lord of the Rings: The Rings of Power is setting the stage for Sauron’s first rise to power, but it’s also building toward what comes after. One example of this is Isildur (Maxim Baldry), whose actions throughout the series will come to impact Middle-earth through its Third Age. And The Rings of Power Episode 5 subtly teases Isildur’s fate with one line of dialogue. In fact, the series has foreshadowed his downfall since introducing him.

[Warning: Spoilers ahead for The Rings of Power Episode 5, “Partings,” and Isildur’s fate in J.R.R. Tolkien’s writings.]

The Rings of Power Episode 5 sees the people of Númenor preparing to set sail for Middle-earth, and Isildur wants to join them — though he initially struggles to get selected for duty.

With so many eager to sign up for the journey, Elendil (Lloyd Owen) refuses to push his son to the front of the list. It’s no secret that Elendil’s unhappy with Isildur, especially after he threw away his chance at joining the Sea Guard.

After Elendil ignores his son’s pleas, Isildur asks Valandil (Alex Tarrant) to bring him on the expedition. Valandil gets promoted during “Partings,” and Isildur believes he can use his sway to help him. Unfortunately, Valandil also refuses. He says he won’t risk recommending his friend for a job he “might well abandon.” Then he goes on to say something more foreboding, assuming you know where Isildur winds up in J.R.R. Tolkien’s lore.

“One day, I hope you find something that you would be willing to sacrifice everything for,” Valandil tells Isildur in The Rings of Power Episode 5.

Fans of The Lord of the Rings know he eventually does find that — in the One Ring.

What happens to Isildur in J.R.R. Tolkien’s writings?

RELATED: ‘The Rings of Power’: What Will Become of the Southlands?

Those who have seen The Lord of the Rings movies will have an idea of where Isildur ends up in J.R.R. Tolkien’s writings. And although he does one great thing, his actions also result in much of the darkness present throughout Middle-earth’s Third Age.

Isildur is the man who cuts the One Ring from Sauron’s finger at the end of the Second Age, winning the war for The Last Alliance of Elves and Men. However, he’s also the person who refuses to destroy the ring. Peter Jackson’s trilogy features a flashback to this moment, with Elrond (Hugo Weaving) begging him to “cast it into the fire.”

But as The Rings of Power Episode 5 foreshadows, Isildur grows attached to the One Ring — so much so that he’s willing to risk the fate of …read more

Dear Abby: He gives me talking points for when we’re in bed, and I can’t get into it

SAN MATEO COUNTY — Zachary Greenberg, who made news in February 2019 after he allegedly assaulted a Turning Point USA representative on the UC Berkeley campus, may receive extended jail time after he was convicted in an unrelated incident. A San Mateo County jury found the 30-year old El Cerrito resident guilty of assault with a […]

DEAR HARRIETTE: I have been stressed out this year for a variety of reasons. I have gained a lot of weight, and I was just diagnosed with psoriasis. My scalp has been on fire on and off all year, and I didn’t know why. My doctor just figured it out. He said that it could […]