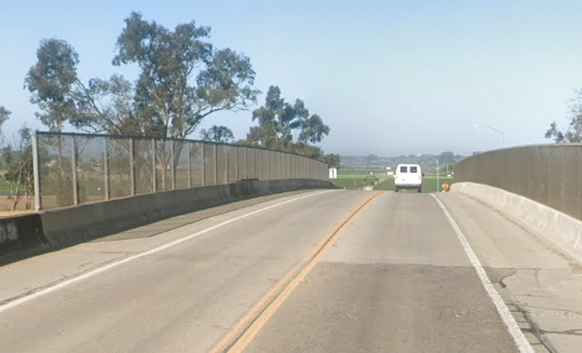 A 20-year-old Salinas man died Saturday in a head-on collision on a Highway 1 overpass near Watsonville.

The crash occurred around 2 p.m., the California Highway Patrol said.

The man, driving a 1997 Chevrolet Cavalier, was westbound on the overpass that carries Riverside Drive (Highway 129) over the freeway.

Eastbound on the overpass was a 27-year-old Hollister man driving a 2004 Ford Freestar minivan.

According to the CHP, the Chevrolet crossed the overpass’s double-yellow dividing lines into the eastbound lane.

The minivan’s driver veered left to try to avoid the car, but at the same time the Chevrolet’s driver corrected back to the right, and they collided.

The Chevrolet’s driver was killed. He was the only occupant of the car.

The minivan’s driver and his passenger — a 19-year-old Hollister man — were treated for moderate injuries at a Salinas hospital.

As of Monday, the CHP had not determined whether alcohol or drugs were a factor.

Daly City: Man dies in single-car crash on I-280

Toward the end of November, people are ready to get cozy, have a warm drink, and binge on some holiday films. These days, it’s easy to get into the spirit with Christmas movies that range from old classics to family comedies, to modern love stories. Here’s what you can stream on HBO Max this holiday […]

Walters: Will high-income Californians get a big tax break?

The House has passed President Joe Biden’s $1.85 trillion social policy package but it faces a tough slog in the evenly divided Senate. The White House and Senate Democratic leader Chuck Schumer are being squeezed between demands from two centrist Democratic senators that the package be trimmed and warnings by those on the left, including […]