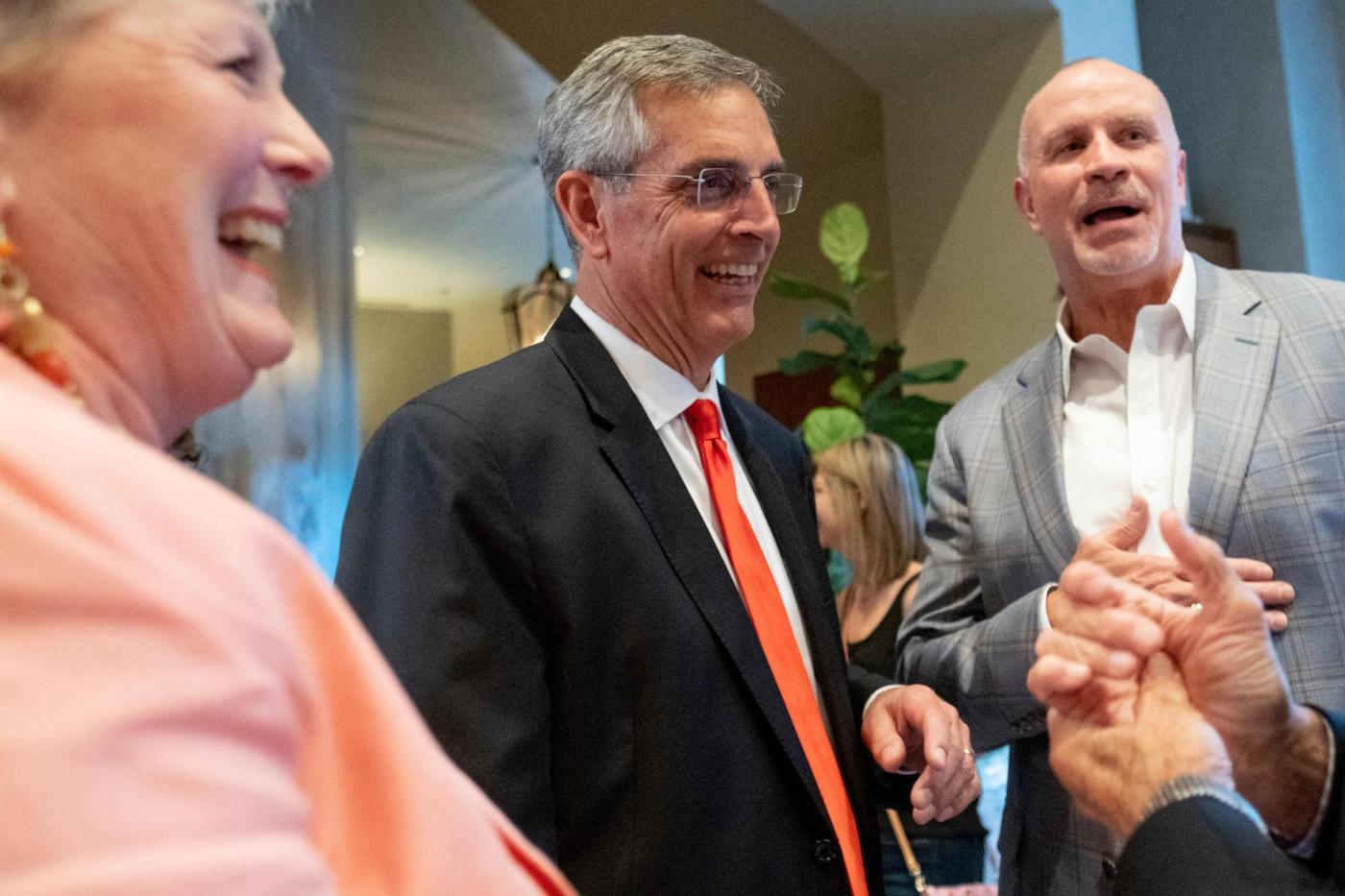 By FARNOUSH AMIRI and LISA MASCARO

WASHINGTON (AP) — The House 1/6 committee outlined on Tuesday Donald Trump’s relentless pressure to overturn the 2020 presidential election, aiming to show it led to widespread personal threats on the stewards of American democracy –— election workers and local officials — who fended off the defeated president’s efforts.

The panel investigating the Jan. 6, 2021, attack at the U.S. Capitol resumed with a focus on Trump’s efforts to undo Joe Biden’s victory in the most local way — by leaning on officials in key battleground states to reject ballots outright or to submit alternative electors for the final tally in Congress. The pressure was fueled by the defeated president’s false claims of voter fraud which, the panel says, led directly to the riot at the Capitol.

The hearing opened with chilling accounts of the barrage of attacks facing local elected officials, mostly Republicans, including one lawmaker in Michigan whose personal cell phone number was tweeted by Trump to his millions of followers and another in Pennsylvania who had to disconnect the family’s home line that was getting calls at all hours of the night.

“It has to stop,” pleaded Gabriel Sterling, the chief operations officer at the Georgia Secretary of State’s office, in a 2020 video clip shown at the hearing.

Republican Rep. Liz Cheney, the panel’s vice chair, implored Americans to pay attention to the evidence being presented at the 1/6 hearings.

“Donald Trump didn’t care about the threats of violence. He did not condemn them, he made no effort to stop them,” Cheney said. “This is serious. We cannot let America become a nation of conspiracy theories and thug violence.”

The public hearing, the fourth by the panel this month, stemmed from its yearlong investigation into Trump’s unprecedented attempt to remain in power, a sprawling scheme that the chairman of the Jan. 6 committee has likened to an “attempted coup.”

Tuesday’s focus reviewed how Trump was repeatedly told his pressure campaign could potentially cause violence against the local officials and their families but pursued it anyway, according to a committee aide. And it underscored that fallout from Trump’s lies continues, with election officers facing ongoing public harassment and political challengers trying to take over their jobs.

Georgia Secretary of State Brad Raffensperger was testifying about Trump’s phone call asking him to “find 11,780” votes that could flip the state to prevent Biden’s election victory.

Raffensperger, with his deputy Sterling and Arizona’s Republican state House Speaker Rusty Bowers, were key witnesses, along with Wandrea “Shay” Moss, a former Georgia election worker who, with her mother, have said they faced such severe public harassment from Trump allies they felt unable to live normal lives.

“I’m appalled at what I saw,” Bowers said in an interview Monday with The Associated Press …read more

$9.63 a gallon: She sells the country’s most expensive gas and doesn’t ‘give a diddle’

MENDOCINO — The cliffside town of Mendocino has long been known for its rugged coastline and quaint bed and breakfasts drawing sightseers from around the country. But lately, tourists are flocking to a new attraction in the seaside hamlet north of San Francisco for something you won’t find on the chamber of commerce’s can’t-miss list. […]

During the recording of Fleetwood Mac’s Rumours, both Stevie Nicks and Christine McVie were in the midst of a split from their longtime partners. The fallout from the breakups was exacerbated by drugs, alcohol, and the pressure of recording an album. Though the recording studio provided the entire band with a house, Nicks and McVie quickly […]

Omar Kelly: Ten reasons why Dolphins could fall short of the playoffs in 2022

The Miami Dolphins have been submerged in mediocrity for the past two decades, no matter who was running the franchise (seven different executives and general managers), coaching the team (eight non-interim head coaches), or quarterbacking it (10 who have started 10 or more games) during that stretch. At some point we have to wonder what’s […]