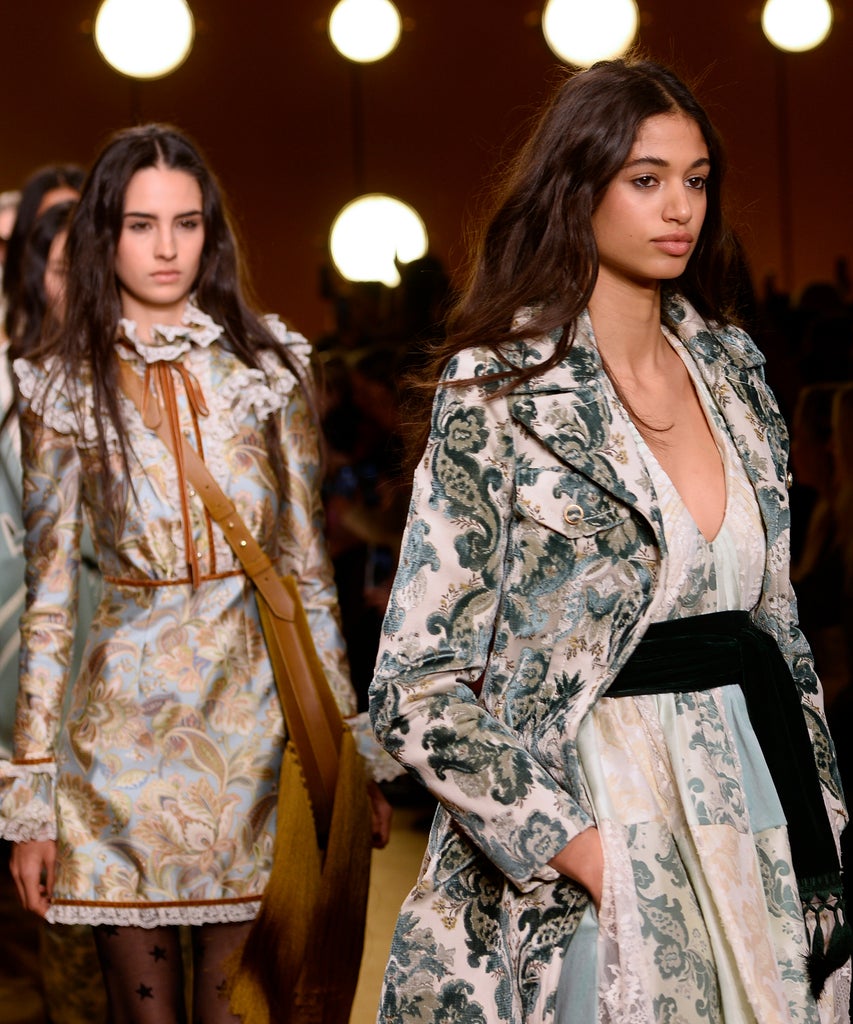 On Tuesday, Australian womenswear brand Zimmermann announced on Twitter the release of its resort swim ‘21 collection. After revealing images of the line, allegations of cultural appropriation followed, with many users on the social media platform pointing out that the embroidered design on one of the dresses looked “plagiarized” from designs that artisans in Oaxaca, Mexico, have been crafting for hundreds of years. The brand has since apologized and pulled the dress from the website.

Called the Riders Panelled Tunic Dress, the style is an off-white mini with ruffled, short sleeves. It features embroidered bird and floral designs and pink-and-blue ribbon detailing. “This is stolen from ceremonial regalia of people of the Huautla de Jiménez Oaxaca region,” wrote Sue Boyde in response to Zimmermann’s tweet showcasing the dress. Another user, @salsaDchicatana, tweeted: “You are using an original design from the community of Huautla de Jiménez, Oaxaca. So basically, you are stealing their design and using an unauthorized reproduction of such design under your brand, which is clearly an unfair trade practice.” La Opinión de Poza Rica, a newspaper from Veracruz, Mexico, wrote, “The Zimmermann brand plagiarizes a model of the ancestral Mazatec huipil and sells it for $850.” At the time of publishing, more than 60 people had responded to Zimmermann’s post, many of whom echoed the same sentiments.

Shortly after the image was released, The Oaxacan Institute of Handicrafts (El Instituto Oaxaqueño de las Artesanías) put out a statement. In it, the organization asked Zimmermann to explain the “iconographic and technical elements” included in its resort swim ‘21 collection. The statement also asked for recognition of the artisan work featured. “[Zimmermann] markets a multicolored tunic-style dress in its Resort 2021 collection [that features a] design and iconography [that] corresponds to the Mazatec populations of the Cañada region of our state, mainly Huautla de Jiménez and San Bartolomé Ayautla,” the statement, written in Spanish, stated.

According to the organization, the garment in question is distinguishable by its embroidered cotton textiles, which Mazatec women have been making for centuries and “use with pride in their traditional festivities.” The statement continued, “The embroideries are made with the cross-stitch technique, […] and represent different symbolic elements such as …read more

Calling all organizers, small-space-problem solvers, and joy-sparkers! 2021 is finally here and she brought a bunch of new year’s resolutions with her. Regardless of whether you’re struggling with storage ideas or just trying to tackle all that post-holiday clutter, Marie Kondo can probably help. Everyone’s favorite organizational queen just joined sparkling forces with The Container […]

Merely drinking enough water to sustain life is no longer enough: The state of being well-hydrated now carries insurmountable social weight. If public perception is to be believed, hydration is the difference between glowing skin and tired skin, between aging like Gabrielle Union and aging like Gary Busey, between eternal life and imminent death. What’s […]

Jenelle Evans: I Finally Have a New TV Show! (Well, Sort Of …)

Believe it or not, it’s been almost two years since Jenelle Evans was fired from Teen Mom 2. Amazingly, she’s managed to remain relevant during that time — but only in the way that a wanted criminal is relevant. Like, you still see headlines about Jenelle, but it’s all deeply humiliating stuff, and she’s not […]