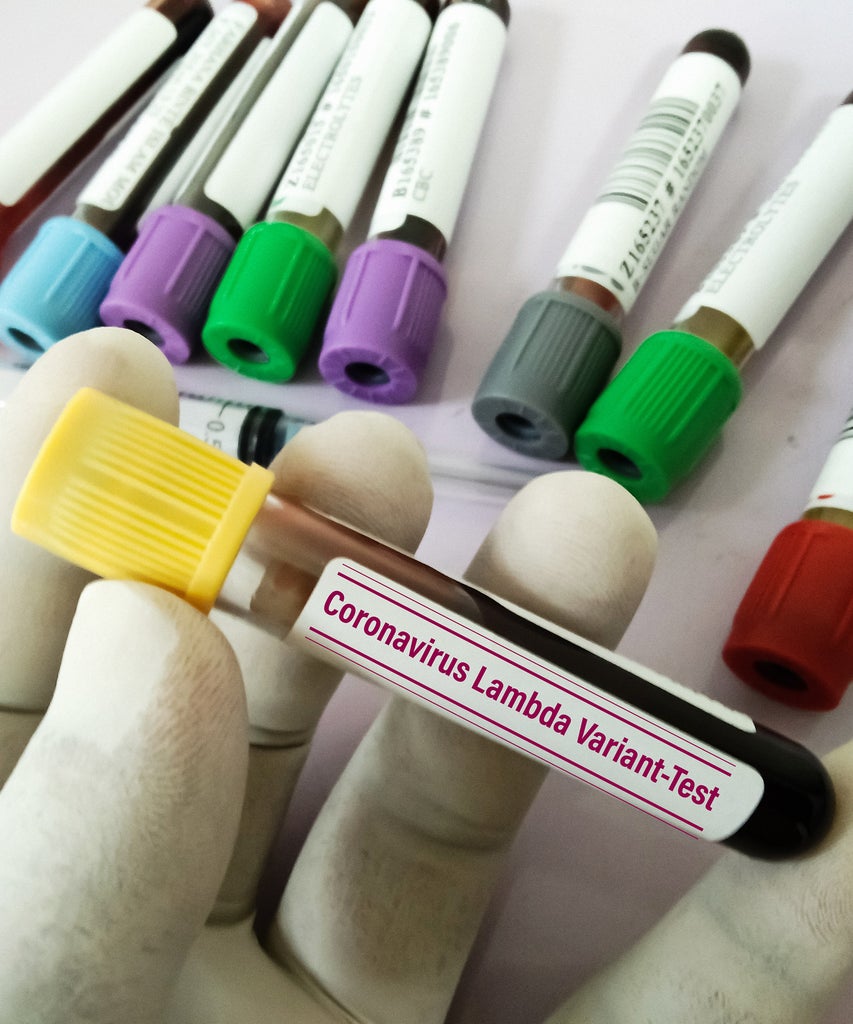 On Monday, a Texas hospital reported a case of the Lambda variant — a COVID mutation that was first detected in Peru last August. The variant was added to the World Health Organization variant watch list in June after making its way through several South American countries, just as many countries continue to grapple with the growing Delta variant.

So far, there isn’t too much known about Lambda, and the Houston Methodist Hospital, whose network includes eight hospitals, confirmed its first Lambda case in the state of Texas on Monday.

“The Lambda is the dominant variant in Peru and Peru has had a very difficult time with COVID-19. It shares mutations in common with the Alpha variants, the Beta, the Gamma, which is the dominant variant in Brazil,” Dr. Wesley Long, medical director of Diagnostic Microbiology at Houston Methodist, told ABC News. According to Reuters, Peru is seeing a downfall in COVID cases since April, reporting about 1,778 per day; just over 12% of the population is fully vaccinated.

The Lambda variant, also known as C.37, was first detected in Peru where it spread rapidly and makes up the majority of COVID cases, The Washington Post reports. At least 29 countries have reported Lambda cases in recent months, and Chile, Argentina, and Ecuador have seen the most cases in addition to Peru, according to the World Health Organization.

While another mutation of COVID-19 may seem like cause for alarm, medical experts aren’t too concerned about the Lambda variant at this time. There have less than 700 recorded cases of this variant in the U.S. since it was first detected several months ago, according to The Post. While that may sound like a large number, experts don’t believe this variant to be as transmittable as mutations like Delta.

At present, healthcare professionals remain more alarmed by the highly transmissible Delta variant, which is spreading rapidly, particularly among the country’s unvaccinated population. The Delta mutation currently makes up 83% of new COVID cases in the U.S., said Dr. Rochelle Walensky, director of the Centers for Disease Control and Prevention.

In Texas, where Houston Methodist reported 185 COVID cases across its network as of Monday, 85% of diagnosed cases were the Delta variant, hospital officials said. The majority of infections were reported in unvaccinated patients.

Given that the United States currently has significant access to vaccines, but is unlikely to reach herd immunity, it comes as no surprise that these mutations continue to pop up. Dr. Walensky warned last week that “this is becoming a pandemic of the unvaccinated.” And a New York Times database currently shows nearly 38,000 new daily cases.

However, despite being on the WHO’s variant watchlist, …read more

Sarah Ferguson: Diana ‘would be very proud of her sons and their wives’

By pretty much every account, Sarah Ferguson got along well with Princess Diana. Diana was never threatened by Fergie’s presence, and Fergie worshipped Diana. Diana used Fergie as a foil many times over the years, and Diana also learned a lot from watching Fergie go through her divorce. Was it a friendship of equals? Not […]

Were the Cambridges being shady or supportive with Camilla’s b-day photo?

View this post on Instagram A post shared by Clarence House (@clarencehouse) Camilla, the Duchess of Cornwall, turned 74 years old on Saturday. I forgot her birthday was so close to Diana’s birthday (and both were/are Cancers). Clarence House posted the above photo on social media. I mean, good for Camilla and the Clarence House […]

For what it’s worth, I don’t believe Kim Kardashian and Kanye West are going through some massive drama at the moment. Maybe that will change the deeper they get into divorce proceedings, but for now, they seem to have figured out a general way to co-exist and co-parent. Kim even took the kids to San […]