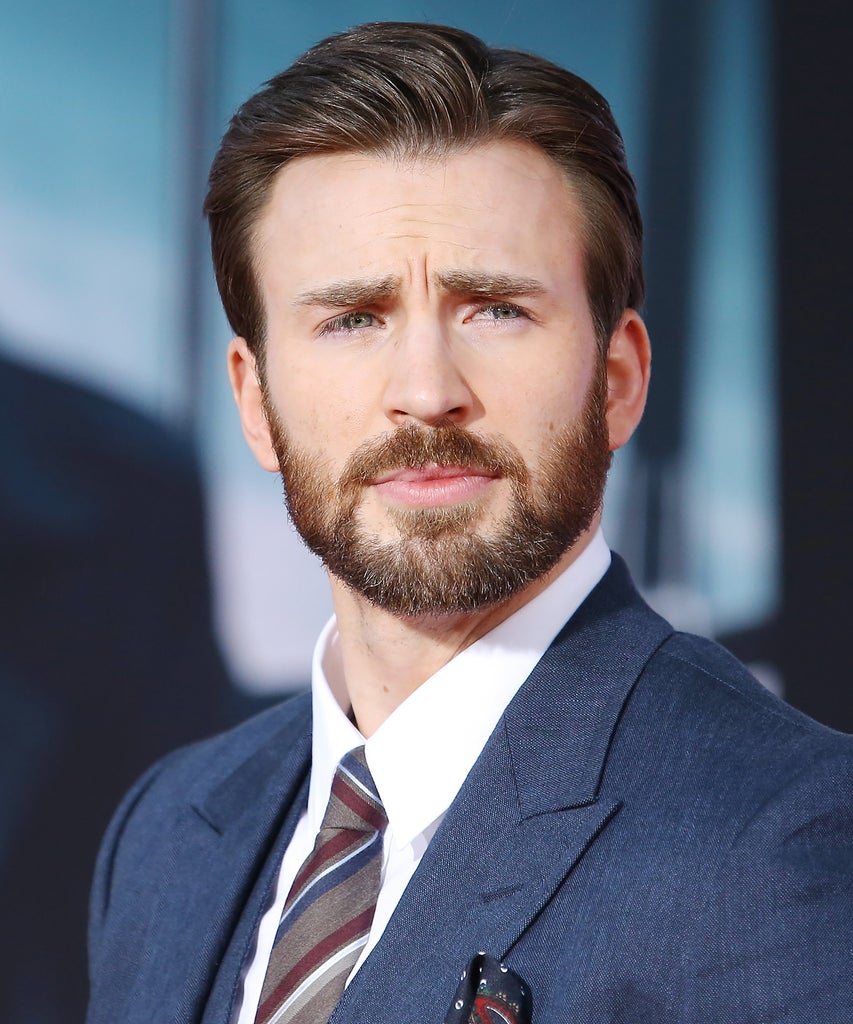 To commemorate the last swim of the year, Chris Evans posted an Instagram Story poolside. As the Captain America actor (also known as America’s Boyfriend) stood shirtless, preparing to dismount from the pool ledge and do a backflip into the water, fans couldn’t help but notice the impressive assortment of tattoos covering his bare chest and torso. “Since when did Chris Evans have tattoos?” one fan asked in the comments section of a fan account that reposted Evans’ Story. Good question.

Based on the Twitter and Instagram commentary following the actor’s original video post, many fans were surprised by his body art. It seems that no one had any idea of the scale of Evans’ tattoo collection.

“Last swim before the pool hibernates… it was freezing, I wonder what it’s like to be tan 😂” – @ChrisEvans

Though it’s difficult to see in the video, there are at least six tattoos on the actor’s chest and stomach alone. There appears to be an eagle on his chest and a bull’s head on his shoulder, either of which he could have been hiding for years. Since the tattoos are often covered in his film roles, they would only have been seen by those who’ve seen the star shirtless, in the flesh.

According to Page Six, there might be even more ink than we can see in this video clip. The outlet reports that Evans also has a tattoo of his mother’s zodiac sign on his left upper arm, the word “loyalty” on his right shoulder, a tattoo on the right side of his ribs dedicated to his late friend Matt Bardsley, and an ankle tattoo with the initials “SCS” for each of his siblings. He even had a tattoo removed. Earlier in his career, Evans had a Chinese character inscribed on his right arm which he thought translated to “family,” but actually said “surname.”

Because the quality of the video doesn’t allow for high-def tattoo identification, those are the only ones we know for sure. Though, maybe if enough fans post about it on social media, Evans will give us a tour of …read more

Halloween hasn’t hit yet, but (right on cue) the nearest Hobby Lobby is already stocking evergreen wreaths, tree ornaments, and creepy elves for our shelves — all an alarming reminder that the holiday season isn’t actually that far off. Luckily, with Amazon celebrating Prime Day much later in the year than usual, we’ve just been […]

I’ll admit it, I was intrigued by the first “trailer” for The Batman, starring Robert Pattinson. I enjoyed seeing emo guyliner Bruce Wayne, and I am curious about how they’re going to do the “Batman: Master Detective” thing. But I also feel like this production is cursed! They were filming The Batman in England in […]

Like a robot vacuum or wake up light, a skin-care fridge is a kind of luxury appliance. There’s a target consumer, so for someone who’s never heard of Mario Badescu — or doesn’t have a multi-step skin-care routine that includes essence and serum — a mini fridge for refreshing face mists and masks might seem […]