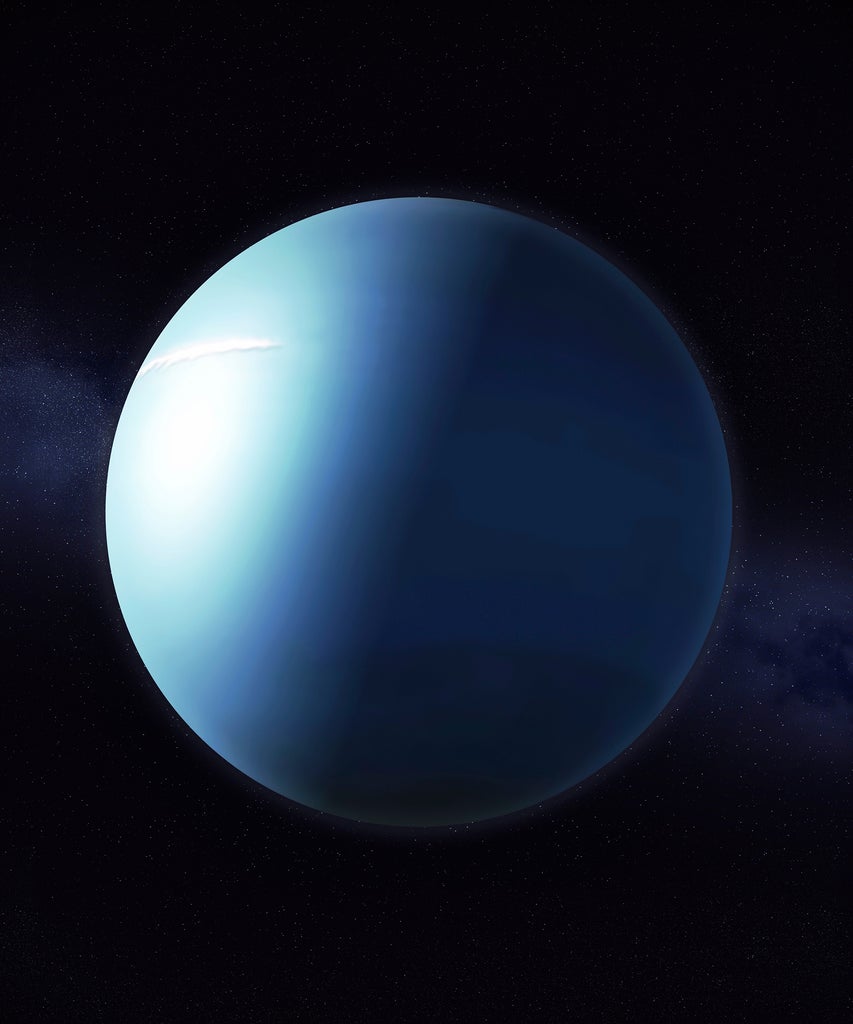 Mercury retrograde may be in full swing at the moment, causing chaos and technological mayhem, but we’ve got some good news to add to your astrological update. On January 18, Uranus, the Planet of Rebellion, will finally end its retrograde after five long months. Since August 2021, Uranus’ backwards dance had been bringing us breakups, shakeups, and breakthroughs — and now, we have a chance to relax and move forward.

Uranus retrogrades once a year, and this past transit in Taurus had us working on our long-term goals and absorbing the planet’s genius energy. But it was also had us feeling seriously stuck in the mud, since this retrograde is notorious for delaying change and and sapping motivation. “[Uranus retrograde] may have made us feel like we were stalled or stagnant in some areas of our lives — or like we were being prevented from progressing in the way we desired,” says Madi Murphy, co-founder of The Cosmic RX and The Cosmic Revolution. “But once it stations direct, we may feel all of that change happen at once.” This retrograde has caused us to feel incredibly restless and frustrated, so once it ends, we’ll feel an eruption of change and transformation on a personal and global level.

Because of this, “now is the time to try new and innovative ideas and look for new solutions to the same old problems,” says Leslie Hale, psychic astrologer for Keen.com. “We can approach things from a different angle and sometimes ideas and concepts come out of the blue like a bolt of lightning.” Uranus is often called the Great Awakener planet, and for good reason — after its sleepy retrograde, we’re ready to pounce on any and all opportunities. Take advantage of this energy: Start new projects, pick up old ones that got left behind, and lean on your creativity to move you forward.

Since Uranus is moving direct in the stubborn sign of Taurus, Murphy says that our foundations will be most affected — areas related to money, material possessions, real estate, and our connection to our values. Astrologers are warning us to expect the unexpected. This is especially true “since the North Node of Destiny enters Taurus the same day,” says Lisa Stardust, author of Saturn Return Survival Guide and The Astrology Deck. “As Uranus turns direct, we will have a chance to look inwards by becoming the most unique and authentic versions of ourselves.”

The day after Uranus goes direct, the sun will move into the sign of the water bearer, meaning that Aquarius season is finally upon us. “Since Uranus is the modern ruler of Aquarius, the light of the Sun super-charges the element of surprise and the possibility of unexpected events happening around this time,” Narayana Montúfar, senior astrologer for Astrology.com and author of Moon Signs: Unlock Your Inner Luminary Power. “Themes around the environment, insurrection, technology, the financial market, and cryptocurrencies are bound to be all over the news.”

When a judge ended the conservatorship under which she suffered for 13 years, Britney Spears was able to generally kick of dad out of her life forever. We can’t see those two ever making up. But when it comes to her younger sister? It now appears as if the feud between Britney and Jamie Lynn […]

Mars In Capricorn Will Change Your Month For The Better

Mars, the Planet of Action, Aggression, and Sex, is leaving its spot in fiery Sagittarius and heading into Capricorn on January 24, where it’ll stay until March 6. Lucky for us, Mars is exalted in this sign, meaning that it loves to be in Capricorn. Good things are coming. Sag and Cap are two pretty […]

Brock Davies: Yes, I Slapped My Ex and Abandoned My Kids … But It’s No Big Deal!

When multiple Vanderpump Rules stars rightfully got fired following the … scandals of 2020, there were fears that the skeleton crew that remained wouldn’t be able to provide the sort of drama that made the show so popular over the course of the previous eight seasons. Fortunately, the VPR Season 9 turned out to be […]