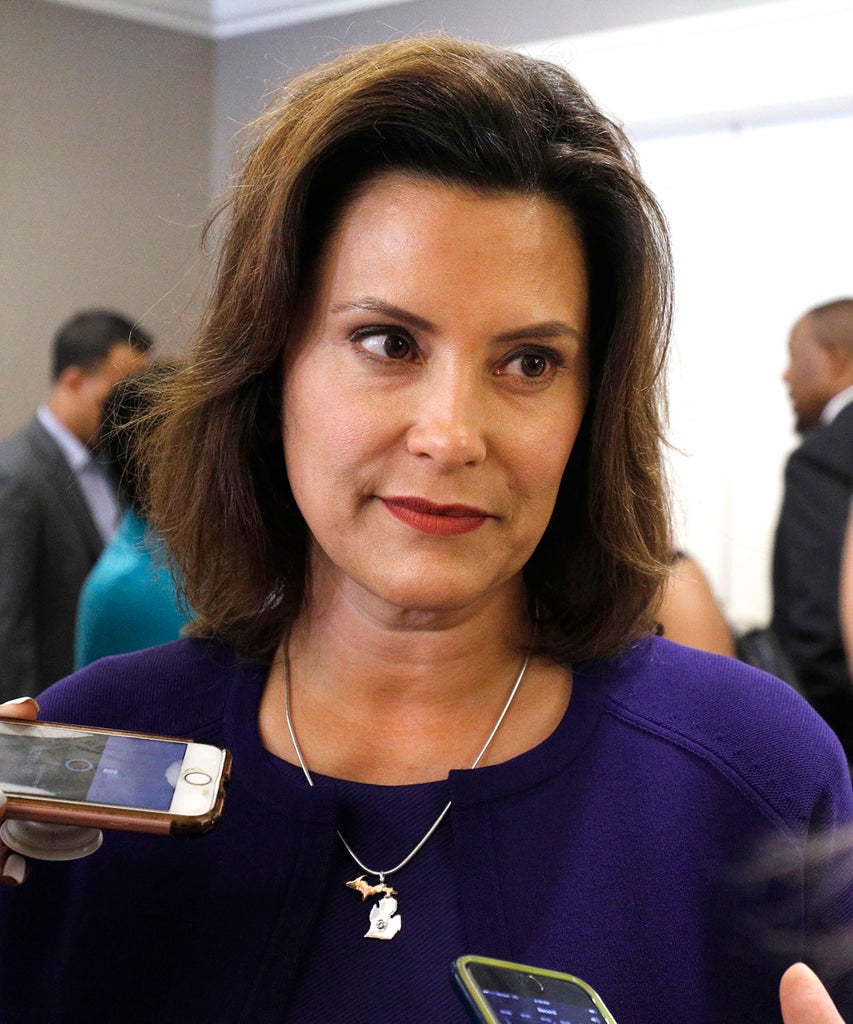 It’s clear now that there’s no political area where President Donald Trump shines quite as much as he does when he’s attacking Democratic leaders and propping up white supremacist groups. On Thursday night, Trump managed to do both. In a series of tweets, the president criticized Michigan Gov. Gretchen Whitmer following news that federal authorities thwarted a right-wing plan to kidnap her and overthrow several state governments they believe are violating the Constitution.

“Governor Whitmer of Michigan has done a terrible job. She locked down her state for everyone, except her husband’s boating activities,” Trump started in his Twitter rant, before also taking credit for the work that went into foiling plans to kidnap Whitmer. “Rather than say thank you, she calls me a White Supremacist — while Biden and Democrats refuse to condemn Antifa, Anarchists, Looters and Mobs that burn down Democrat run cities.” For the record, Democratic nominee Joe Biden has condemned anarchists and “looting,” and has more in common with Trump when it comes to prosecuting anarchists than the president will ever admit.

Nevertheless, the president ended his rant with yet another call for Whitmer to re-open the state of Michigan, with emphasis on schools and churches. He later went on to express further support for Second Amendment activists in Virginia, basically a continuation of his calls to “LIBERATE” both states, which saw armed anti-lockdown protests earlier this year.

Trump’s tweets came in response to Whitmer’s earlier comments on CNN’s Out Front with Erin Burnett. “You know, the fact that after a plot to kidnap and to kill me, this is what they come out with. They start attacking me,” Gov. Whitmer said referencing the Trump campaign’s remarks that Whitmer “wakes up everyday with such hatred in her heart” for the president.

“It tells you everything you need to know” about both presidential candidates, Whitmer continued, after noting that Biden had reached out earlier in the day to make sure she was alright.

The president’s refusal to support Whitmer, instead calling for her to reopen her state, only adds more fuel to the fire in Trump’s repeated bolstering of white supremacist groups, which are clearly getting more bold in their activities in the final weeks leading up to the election. It should come as no surprise, then, that the extremist group that planned to kidnap Whitmer — calling themselves the Wolverine Watchmen — said they were motivated by the president and the upcoming election to take action.

Trump might claim he is not a white supremacist, or that he has not endorsed white nationalist groups, but the far right groups that hear his calls for them to “stand by” are taking action in his name. And Trump continues fanning the flames.

Paul Staehle: See, I Can PROVE Karine Loves Me Again!

Now that Paul and Karine have dropped their restraining orders, Paul is even apologizing for making false accusations in his police report. But while Paul’s doing an awful lot of talking … where is Karine? A growing number of fans have been asking where Karine is in all of this. Paul often acts as the […]

Dorinda Medley Confirms Firing: I Just Had a Rough Season!

For the first time, Dorinda Medley is confirming being fired by Bravo. It’s a shame, too, she says — because she’d been hoping for a redemption arc. This week, Dorinda Medley was a guest on Bethenny Frankel’s Just B podcast. Taking in her (for now) final season of The Real Housewives of New York, Dorinda […]

Larissa Lima Tells All About ICE Arrest, Firing, and Her Kids!

Larissa Lima is one of the most polarizing cast members in 90 Day Fiance history. Some people love her. Some people hate her. Often, the line between love and hate depends upon whether people have only seen her on the show or if they’ve followed her in posts and interviews off of TLC. Now, she […]