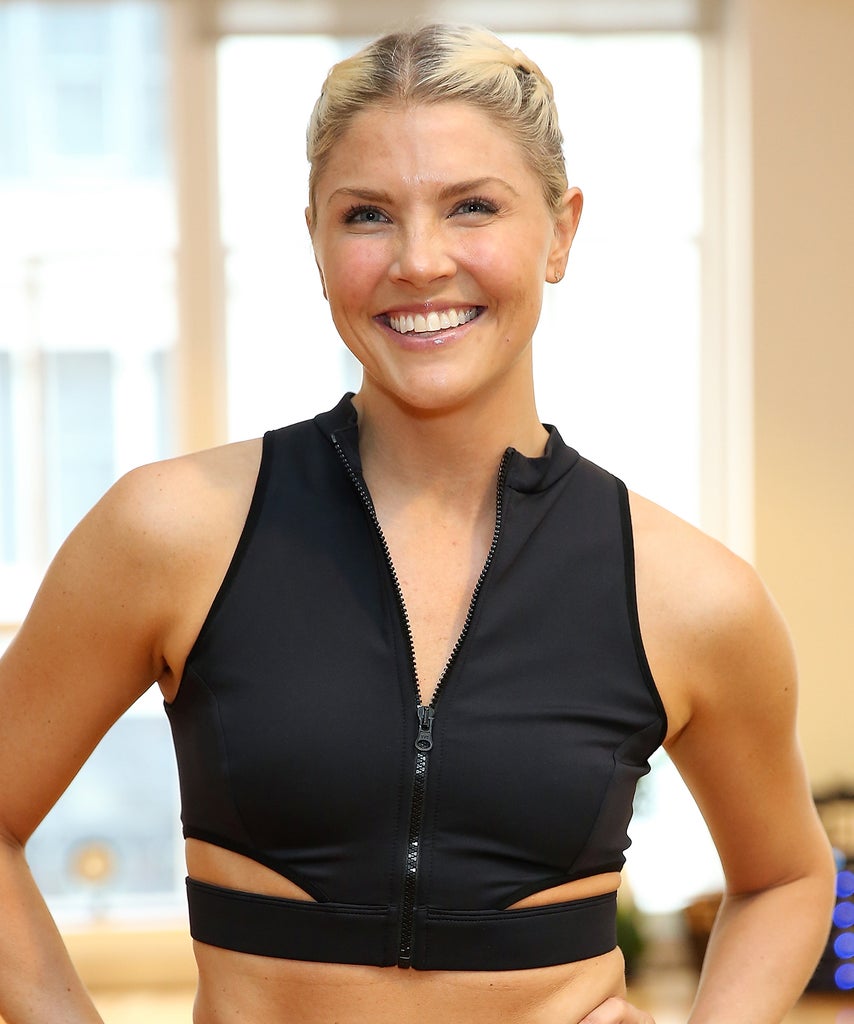 Since the COVID-19 pandemic hit the U.S. earlier this year, many have called out President Donald Trump for his handling of the outbreak. But few have done so with as much heart as fitness trainer Amanda Kloots, whose husband, Broadway actor Nick Cordero, died in July after a months-long battle with the novel coronavirus.

When Kloots, known for creating cult-favorite jump rope workouts, saw a tweet from Trump earlier this week urging people to not “be afraid” of COVID-19, she was in shock. She decided she had to respond, and filmed a video in which she criticized the president, who’d also said that Americans shouldn’t let the pandemic “dominate” their lives. In the clip, which was posted to her Instagram stories, Kloots made it clear that Trump’s tweet was both disheartening and disrespectful to the 212,000 families in the US who’ve lost loved ones due to the novel coronavirus.

Kloots’s message was powerful, but on Wednesday night, in another Instagram story, she opened up a bit about the backlash she’d received. People messaged her asking her why she’d gotten “so political,” Kloots shared. In the story, she explained she felt it was her duty to stand up to the president, for the sake of her son.

“[Getting political] is the last thing that I wanted to do,” she noted. “But when I see the leader of our country say what he said, it’s hard not to. [What he said] affected me. And if I don’t speak up, I’m a coward… That’s the last thing I want my little son to think of his mom.”

Trump, 74, tested positive for COVID-19 late last week. Not long after, the president went to Walter Reed National Military Medical Center for “precautionary” reasons. By Monday, he announced he’d be leaving the hospital to go back to the White House after being treated with steroids and supplemental oxygen. Amid conflicting reports about his health, he tweeted: “Don’t be afraid of COVID. Don’t let it dominate your life. We have developed, under the Trump Administration, some really great drugs & knowledge. I feel better than I did 20 years ago!”

“’Let it dominate your life?” Kloots responded in an Instagram story at the time, tears …read more

Dear Paco: How Do I Stop Doom-Shopping During The Pandemic?

Welcome to Taking Stock, a space where we can take a deep breath and try to figure out what the COVID-19 economy really means for our finances. Every month, personal finance expert Paco de Leon will answer your most difficult, emotionally-charged questions about money. This year has forced many of us to reprioritize our finances, […]

Larissa Lima: I Can PROVE I Paid for My Surgeries Myself!

When Larissa Lima said that she chose money over fame, she wasn’t kidding. The 90 Day Fiance alum is sharing how much money she makes on Cameo to prove that she alone paid for her plastic surgeries. Larissa is using her Instagram Stories to make a point to those doubting that she has the money […]