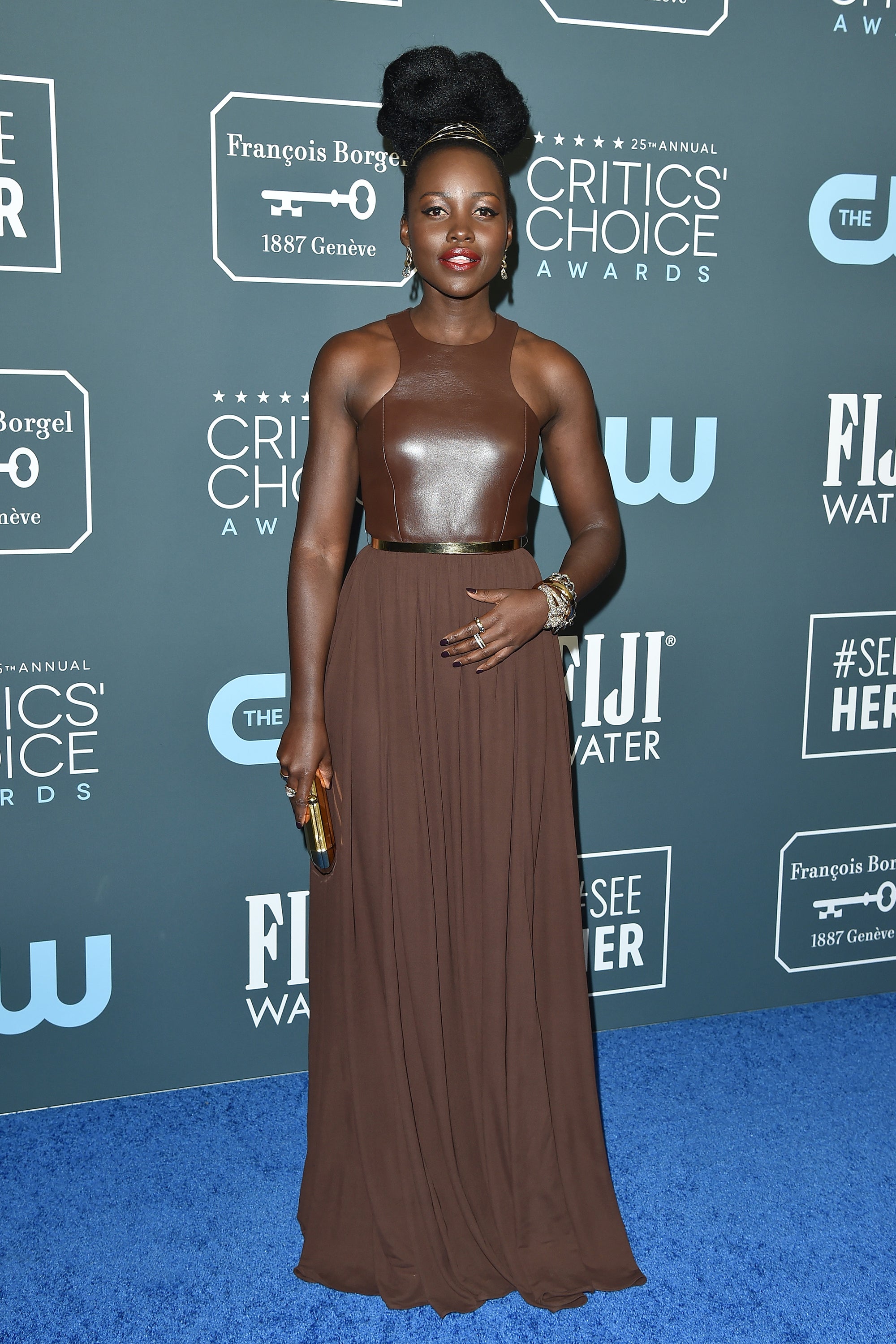 The 2020 Critics’ Choice Awards did what other award shows this season couldn’t: nominated a diverse group of talent, including women and people of color. Not only did films and TV shows that have been severely under-recognized so far this season gain recognition (Euphoria, Us, When They See Us, and Little Women), so too did the actors, actresses, and directors who created them, making the Critics’ Choice Awards the most diverse of the 2020 award shows and the most fun to watch.

Billy Porter, nominated for Best Actor in FX’s Pose, donned a custom two-toned Hogan McLaughlin strapless gown with faux butterfly tattoos across his chest and arms — all of which were an ode to the trans community. Zendaya, who until the Critics’ Choice Awards hadn’t garnered any award show attention for her stunning performance as Rue in HBO’s Euphoria, wore a futuristic two-piece set à la Tom Ford. Cynthia Erivo, just a few days after calling out the BAFTAs for an all-white nomination list, showed up on the red carpet wearing a mosaic-print Fendi gown and a ring dedicated to the icon she portrays in Harriet, Harriet Tubman.

All in all, last night’s award show set an example — one of inclusion — that will hopefully be followed throughout the remainder of award season. And to mark the occasion, we’ve rounded up a list of the best-dressed attendees from the night in the slideshow ahead.Lupita Nyongo’ in Michael Kors
Us star Lupita Nyong’o made a case for leather on the red blue carpet in this chocolate brown Michael Kors gown. Photo: Axelle/Bauer-Griffin/FilmMagic.Cynthia Erivo in Fendi
Cynthia Erivo was a ray of sunlight in this stained glass-inspired Fendi gown. Photo: Frazer Harrison/Getty Images.Billy Porter in Hogan McLaughlin
Billy Porter struck a Pose in a custom mint and emerald green gown courtesy of Hogan McLaughlin. To complement the dress, he painted dozens of butterflies on his arms and chest to symbolize the trans community. Photo: Steve Granitz/WireImage.Saoirse Ronan in Erdem
Saoirse Ronan swapped her Golden Globes chainmail for a red floral frock by Erdem, proving that she can, in fact, pull off anything.Photo: Taylor Hill/Getty Images.Zendaya in Tom Ford
Zendaya’s futuristic two-piece actually drew from the past, with her breastplate (straight off Ford’s Spring 2020 runway) having been inspired by Issey Miyake’s 1980 breastplate of the same color. Photo: George Pimentel/WireImage.Phoebe Waller-Bridge in Dior
On top of winning the award for Best Actress in a Comedy Series, Fleabag creator and star Phoebe Waller-Bridge also stunned on the red carpet in this black, tulle Dior gown.Photo: Frazer Harrison/Getty Images.

The Golden Globes Red Carpet Is Full Of Fashion

Sustainable Fashion Was All Over The Golden Globes

People: The Sussexes walked away because of ‘bad blood’ with the ‘toxic’ family

According to Us Weekly, the Duchess of Sussex was sighted in Canada on Sunday. She was seen “driving herself” around Vancouver Island, running errands and an eyewitness saw her going into a “drugstore parking lot.” I would presume that she actually entered the drug store, but who knows. I think it’s interesting that she was […]

One of my favorite looks last night was Joey King in this fascinating optical illusion dress by Iris van Herpen. Giuliana Rancic told her she looked like a work of art, and I thought maybe a Georgia O’Keeffe with that fabulous scalloped cape. This dress flowed and billowed and I adore the very thin black […]

As we discussed previously, it looks like Kaia Gerber hasn’t spent much time with Pete Davidson since his breakdown around Christmas. Kaia’s parents, Cindy Crawford and Rande Gerber, were on hand in New York to act as buffers when Pete was apparently in very bad shape. Considering Kaia and Pete only “officially” started dating as […]