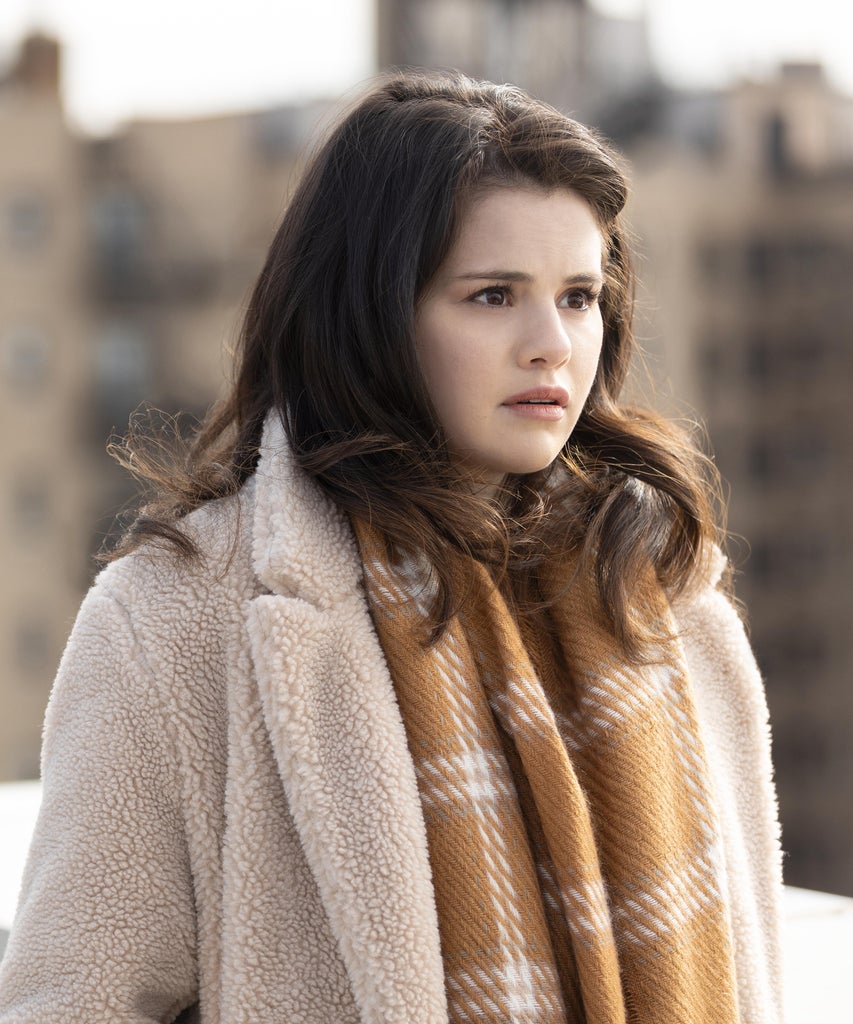 Only Murders In The Building — “True Crime” – Episode 101 — Upper West Side neighbors Charles, Oliver & Mabel bond over a shared love of true crime. When a fellow resident dies in their building, the trio determine to solve the mystery and record an accompanying podcast. Mabel (Selena Gomez), shown. (Photo by: Craig Blankenhorn/Hulu)

Selena Gomez watches true crime for the same reason many women do: To be prepared.

“In every situation, I automatically think of what I would do to get out of it,” she told Refinery29 over Zoom. “I’m obsessed with escape rooms.”

It’s a trait Gomez shares with Mabel, her character in Hulu’s Only Murders in the Building, which she also executive-produced alongside co-stars Steve Martin and Martin Short. But in this case, the situation is reversed. Gomez isn’t the imaginary victim of a crime — she’s solving one.

Only Murders in the Building takes its name from a fictional true crime podcast, launched by former actor Charles (Martin), washed up Broadway producer Oliver (Short), and their neighbor, the mysterious and elusive Mabel (Gomez) after Tim Kono, a resident of their fabled Upper West Side building, is murdered. It’s a comedy, but one that hits a dark nerve in the cultural zeitgeist: Our obsession with murder content has long reached fever pitch, and celebrities are far from immune. In March, Joe Jonas made a memorable appearance in “Murder Show,” an SNL sketch poking fun at women for whom dead bodies are synonymous with a relaxing night in. Gomez, meanwhile, is a fan of the hit podcast My Favorite Murder, hosted by Karen Kilgariff and Georgia Hardstark. This past spring, she also joined the world in watching Kate Winslet and her weather-beaten parka investigate Erin McMenamin’s death on HBO’s Mare of Easttown. Podcasts, TV shows, movies, plays — killers, and to a lesser extent, their victims, continue to fascinate, disgust, and titillate.

“There’s this itch I always have to scratch — true crime, mystery, figuring something out.” Gomez said. “The psychology and the science behind solving these cases [is what] I find so interesting. I could never do what these people do. And yet I’m so grateful they exist, and they are in the world.”

In Only Murders in the Building though, amateurs rule. Mabel, Oliver, and Charles bumble their way through an ersatz investigation, only to quickly realize that they might be getting in over their heads. And if you’re thinking: Really? Steve Martin, Martin Short and… Selena Gomez? Believe it! The casting is the secret sauce that makes the entire thing come together, and the show has recently been renewed for a season 2. As she’s proven in the past, Gomez is a charismatic and wry performer, one who can and does hold her own opposite the comedic behemoths. If she was ever intimidated, it doesn’t show.

“They really are legends,” Gomez said of her co-stars. “In the very first few episodes, …read more

Yara Shahidi in Dior at the Met Gala: one of the best looks?

Yara Shahidi was one my favorite looks last night, in this Dior crystal-embroidered gown with a gold tulle cloak and hood. This is so strikingly pretty with some lovely touches. The gloves and the billowing cape make it look romantic and like a fairy tale. I love the delicate diamonds at her head and how […]

This was the cover of Paris Match about a week and a half ago. This is Nicole Coste and her son Alexandre. Alexandre’s father is Prince Albert of Monaco. Albert only acknowledged that he fathered Alexandre in 2005 (he was born in 2003), and it was because Nicole pushed the issue. That being said, Nicole […]

Angelina Jolie: ‘It was hard for me when Brad’ worked with Harvey Weinstein

Angelina Jolie covered The Guardian Weekend, the newspaper’s in-house magazine this weekend. She is promoting her new book, which she co-authored with Geraldine Van Bueren QC and Amnesty International. The book is called Know Your Rights, and it’s “a guide for young people.” It will hopefully be a handbook of sorts for disenfranchised children and […]