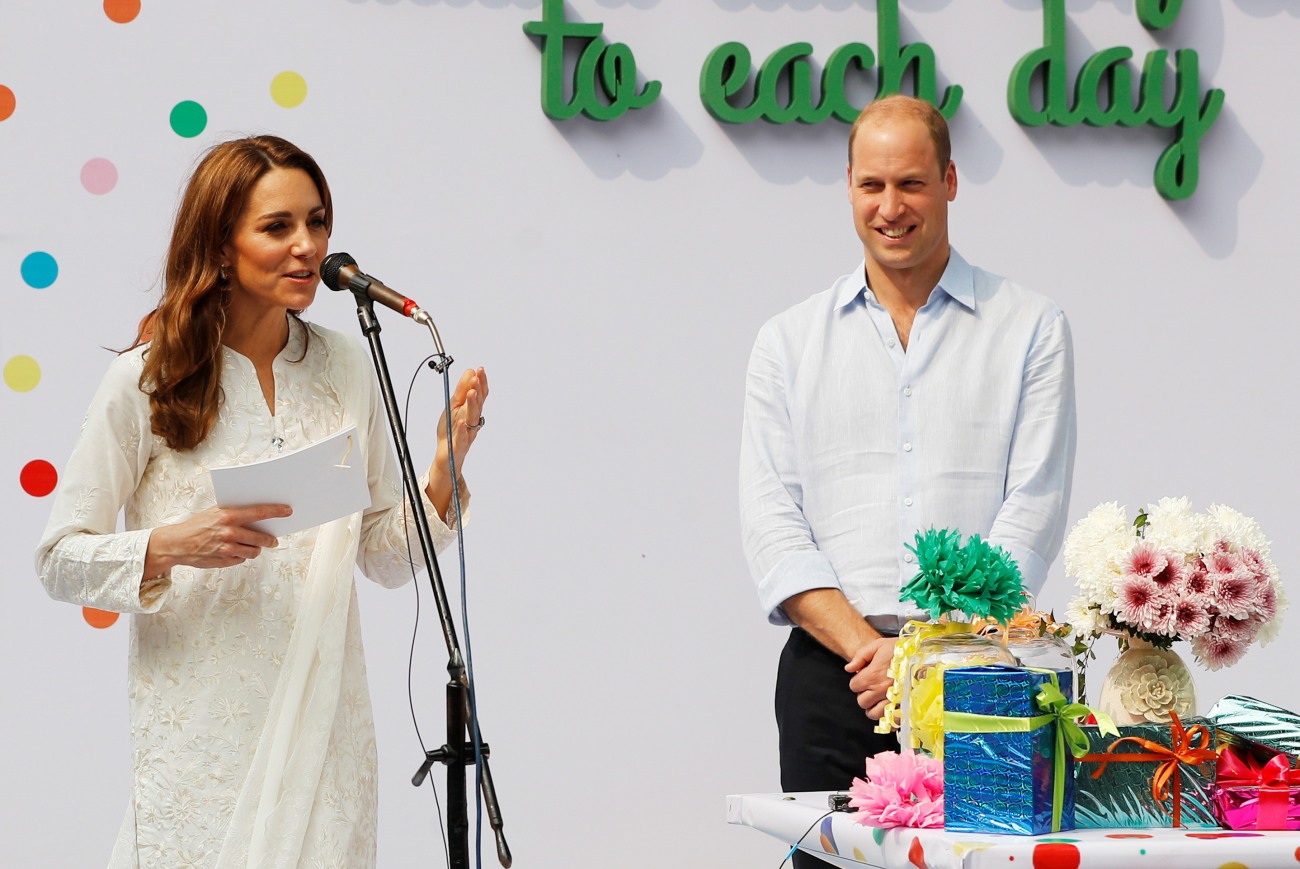 Back in the day, Prince Charles and Princess Diana were wildly popular at home and abroad. Even in the early days of their marriage, Diana was always the star, and that’s when Charles starting feeling so emo about his place in the world, as he was being constantly outshone by his charismatic young wife. So as their marriage crumbled, they continued to put on the show of a stable marriage as they toured the world. Is… that what William and Kate should try to emulate? According to Robert Jobson, YES. Will and Kate are set to become the nouveau Charles & Di.

The Duke and Duchess of Cambridge are a ‘new-look’ Prince Charles and Princess Diana, a royal expert has claimed. Robert Jobson, author of Charles: Our Future King, said the position of Prince William and Kate Middleton, both 37, in the royal family will ‘continue to evolve’ in 2020. Speaking to Hello! magazine, the Essex-born commentator added that the couple are set to become a ‘major force’ in the UK’s soft-power diplomacy.

‘I believe the Duke and Duchess of Cambridge’s position will continue to evolve, with them resembling more of a new-look Charles and Diana in their hugely successful early days on the world stage, becoming a major force in the UK’s soft-power diplomacy,’ he said.

Mr Jobson added that the Duke and Duchess of Sussex will use this year to continue to push their own agenda and charity work through their new Sussex Foundation. ‘I would expect them to spend more time in the US and maybe make an official visit to Canada,’ he predicted.

Mr Jobson said he expects Prince Charles to take on the bulk of the Queen’s major overseas visits and will play a central role at the Commonwealth Heads of Government meeting in Rwanda. ‘He will probably tour another African country too,’ he added.

I’m going to take what Jobson says at face value for a moment and ask again: should that be the goal? Should British peeps WANT William and Kate to be “new-look Charles and Diana,” touring on a worldwide Keen Tour? I don’t even think that’s what the British people want, nor do I think it’s what William and Kate want. The Pakistan tour last fall was so wildly successful for the Cambridges because it was such a rarity – they had stage-managed every photo-op, they didn’t try to claim that the tour was “private time,” and Kate didn’t flash anybody. They needed months to prepare for all of that. So, no, they can’t do that full time! Really, Jobson is just telling us that William and Kate are keen to be seen as the future king and future queen. That’s all it is.

There’s been no official confirmation yet, but we can say with increasing confidence that Kailyn Lowry is pregnant with her fourth child. The news was first leaked by a relative of Kail’s most recent baby daddy, Chris Lopez. Lopez’s aunt took to Instagram and posted a photo of what she claims ins Kail’s sonogram. Lowry […]

Last November, it was reported but not confirmed that Vicki Gunvalson had regained her Orange after her role as a “Friend” on Season 14. At the time, we made it clear that no one would know for sure which Housewives are returning until January. Well, Season 15 production seems to have begun. RadarOnline reports that, […]

Meghan Markle: I Won’t Move to America Until Trump is Impeached!

Even before Meghan and Harry’s stunning revelation that they’re stepping down from their royal roles, we knew that Meghan was headed to Canada. But apparently she only plans to stay there a little while, and move to the US … when Trump is no longer in office. Meghan Markle isn’t just a beautiful, kind woman. […]